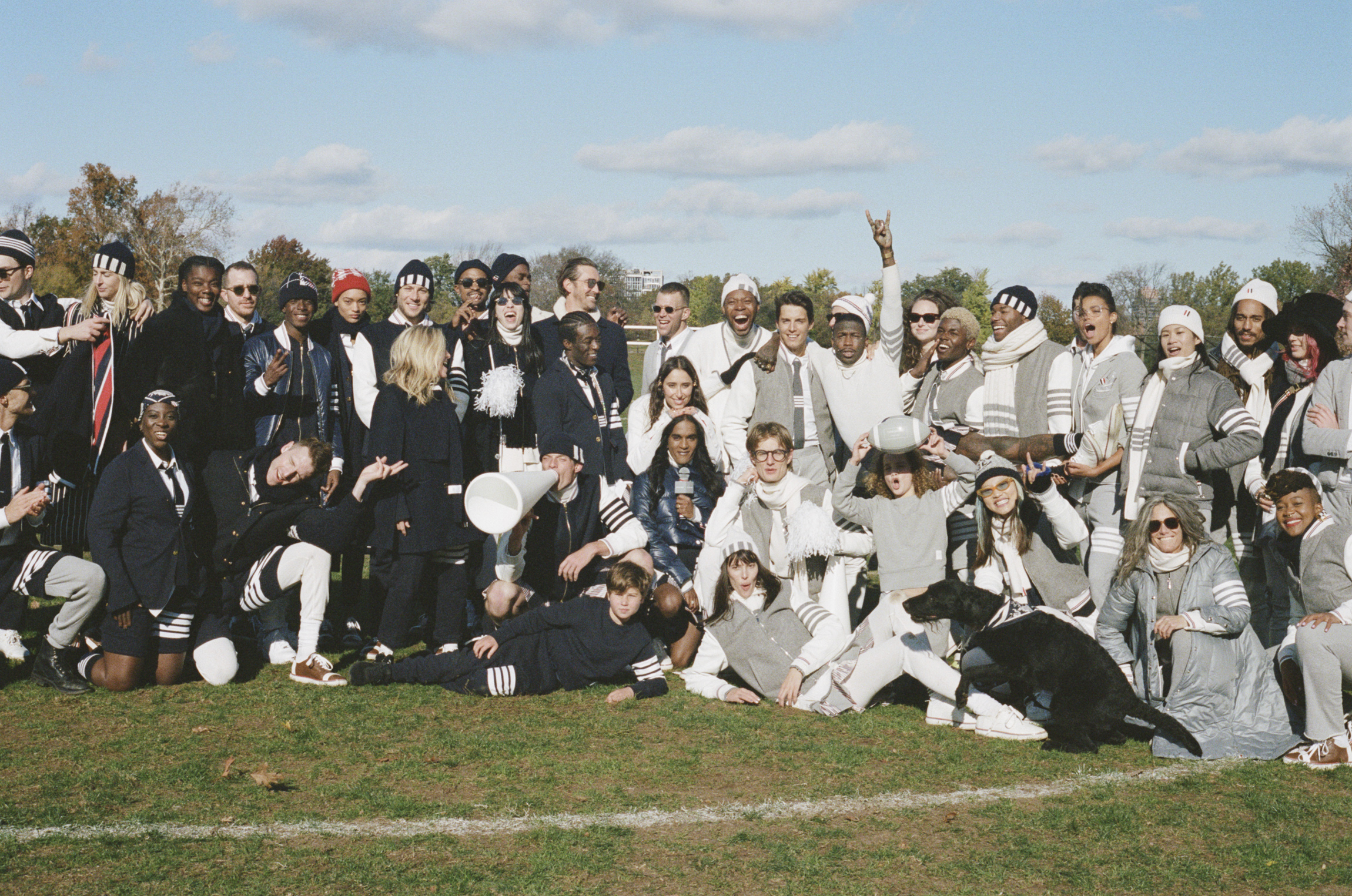 Traditions are defined by how they stay the same, but what brings them to life is how they change. As they evolve over the years, they become truly meaningful through the individual lives they touch and through the communities, they bring together. Every Thanksgiving is a new experience of togetherness and gratitude; every football game is a new feeling of breathless excitement.

Thom Browne understands and appreciates this dynamic power of tradition. Every Thanksgiving in Allenstown, PA, Browne and his family would kick off the day of the feast with a game of football in the backyard. Years later, even after launching his eponymous fashion label to great success, the New York City-based designer is carrying on the tradition of pulling together his own touch football game. Each game is slightly different, but it is always an inclusive celebration of friends and family.

This year the action took place on a sunny day in Central Park, with teams clad in opposing navy and grey editions of the label’s football capsule collection. Four photographers; Cass Bird, Daniel Arnold, Emma Swanson, and Thomas McCarty were enlisted to capture the festivities, each bringing their own perspective to create a unique and diverse assortment of images that captures the fun of the celebration in all its many shapes.

More than anything else, this project just feels genuinely fun. It is exciting to see a brand move in its own direction and create an event just for the sake of celebrating the people who make it what it is. There is a rare honesty present here. After the final runner is tackled and the touchdowns are tallied, after the players go home to their own family and feast, that common feeling of joy will remain. Here’s looking forward to next year.