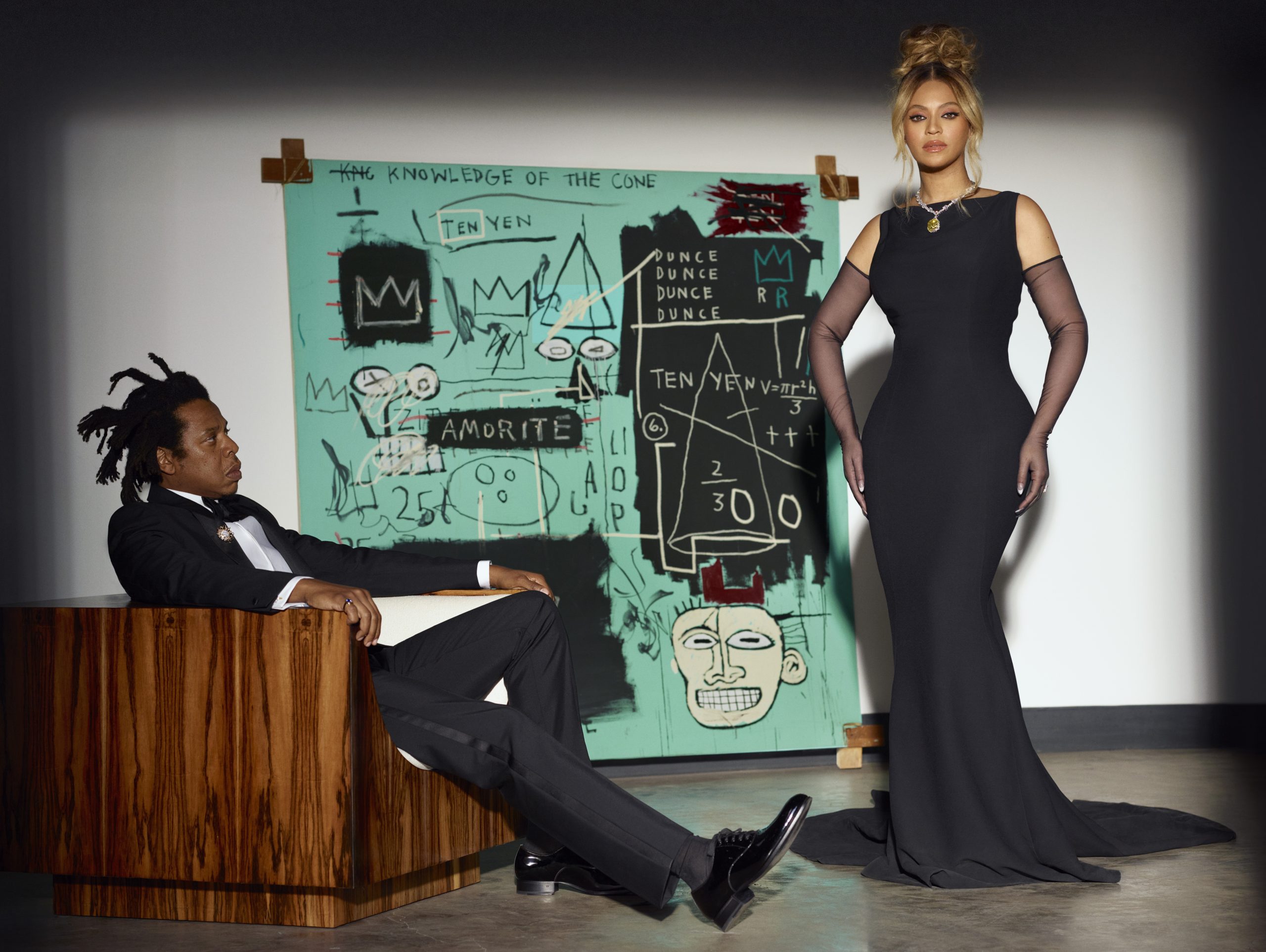 Iconic luxury jeweler Tiffany & Co. have announced their upcoming “About Love” campaign, which stars Beyoncé and Jay-Z. The campaign marks the first time that the musical power couple have appeared in a campaign together.

Beyoncé and JAY-Z are the epitome of the modern love story. As a brand that has always stood for love, strength and self-expression, we could not think of a more iconic couple that better represents Tiffany’s values. We are honored to have the Carters as a part of the Tiffany family.

The campaign also marks two other exciting firsts, including the first time the famous Tiffany Yellow Diamond has been worn in a campaign. One of the largest yellow diamonds ever discovered, the stone was purchased by the house’s founder Charles Lewis Tiffany in 1878.

But the visual centerpiece of the campaign is Basquiat’s painting Equals Pi. Immediately purchased after its creation by a private collector, the piece is now owned by Tiffany & Co. The campaign marks the first time the painting has been available to be seen by the public. In a nod to the fellow New York artist, Jay-Z’s hair is styled in the campaign after Andy Warhol’s famous photographic portrait of Basquiat.

Photographed by Mason Poole, the campaign launches in print on September 2nd. An accompanying film directed by Emmanuel Adjei is set to launch on September 15th.