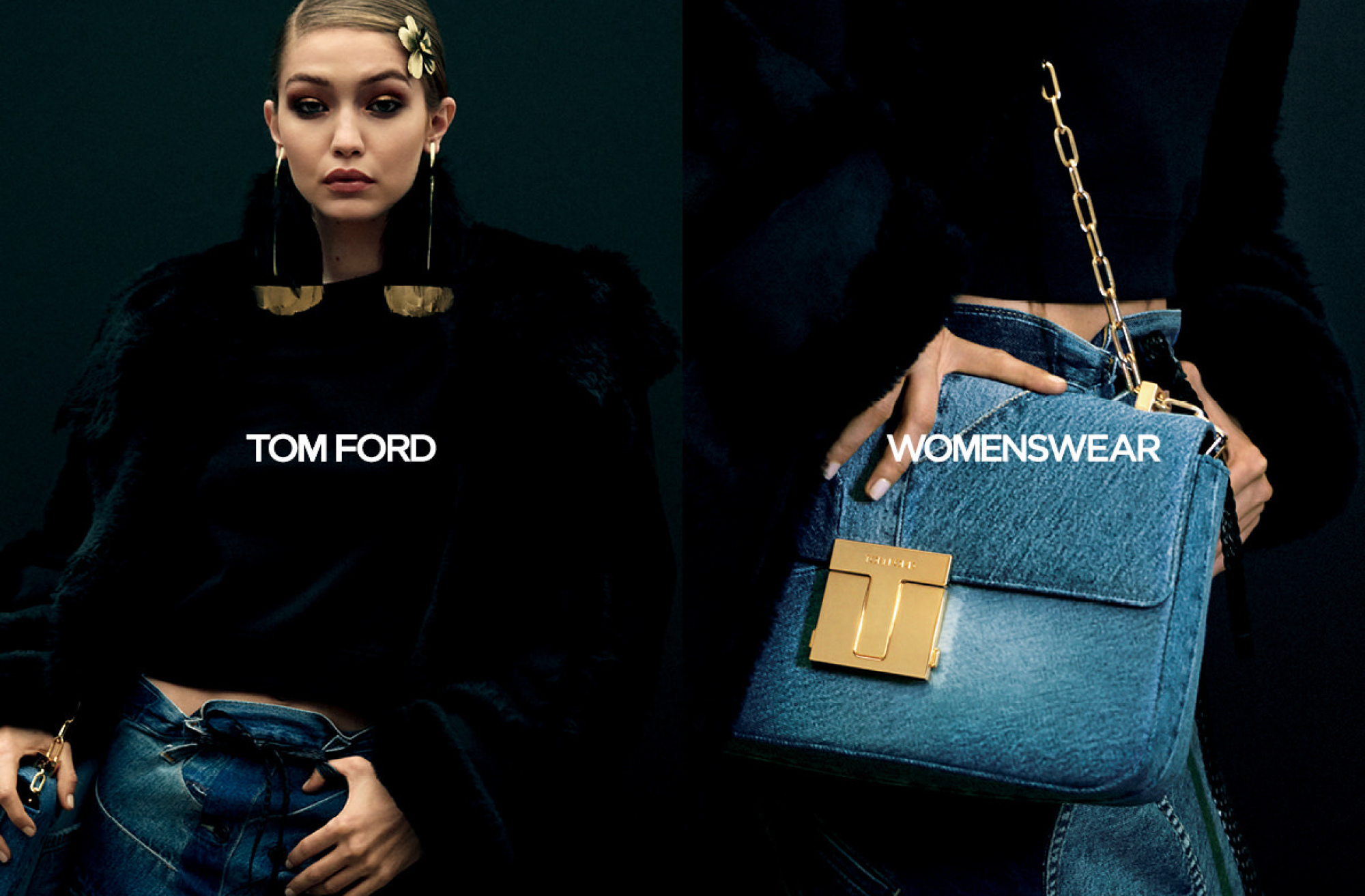 Leave it to Tom Ford to take backstage photography to a whole new level with a gorgeous Fall 2020 campaign. Shot at his runway show in Los Angeles by Adam Katz Sinding, the campaign eschews conceptual elements to let the strength of the designs speak for itself.

Sinding is an American-born, Copenhagen-based photographer. Innovating in the realm of street-style photography since 2003, Adam spends the majority of the year documenting the zeitgeist of the contemporary fashion industry on a global level.

Given that Sinding is shooting backstage at a show, where cohesive styling and production choices have already been made, one would assume that he could simply sit back and focus on capturing all its beauty. However, The Impression can speak from experience on this one, capturing a cohesive vision backstage is no easy feat. Sinding’s richly-colored compositions elevate the surroundings and feature individual or group tableaus side-by-side with closeups of pieces that reveal the elegance of their construction.

The campaign is a far cry from the maximalist sexiness of Tom Ford’s late-90’s-early-2000’s run as creative director for houses like Gucci and Dolce & Gabanna, and that’s not at all bad thing. Fusing street and runway sensibilities, this campaign is nothing more than it needs to be: mature, sophisticated, simple, and beautiful.