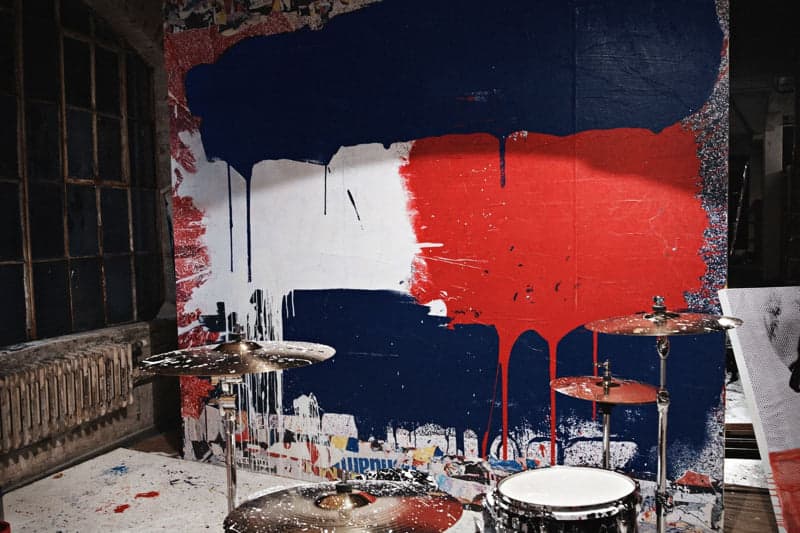 Inspired by Andy Warhol’s famed New York Studio, ‘Tommy Factory’ reimagines a creative epicenter for today where cross-generational Futuremakers, including Kate Moss, Lila Moss and Travis Barker, come together to collide the classic and the new.

Once the epicenter of New York’s creative scene, Warhol’s Factory was a collision of people and subcultures, lo-fi and hi-tech, style and creativity. The cultural revolution that it inspired in the 60s continued to influence pop culture through the 70s and 80s – a time when Mr. Tommy Hilfiger visited the Factory and met with Warhol himself.

Hilfiger continued, “Andy’s fascination with pop culture always captured the heart and spirit of the American society. His ability to connect with what was most relevant has never ceased to inspire me in everything I do. New York City is where Andy brought fashion, art, music and entertainment together when I was first starting out in the industry. The Factory was the place to be. And today, it is still his approach that drives me to engage with the cutting-edge communities building new creative experiences.”

The creative energy of New York City is an unstoppable force that continues to bring together an inspiring diversity of talent, just as it did at Andy Warhol’s Factory

“We are honored that Tommy Hilfiger’s campaign pays unique homage to Andy Warhol and will generously support the philanthropic activity of The Warhol Foundation,” continued Michael Dayton Hermann.

Shot by Craig McDean in the Bronx and styled by Katie Grand, the Fall 2022 campaign will break early September. It will spark a clash of cultures, past and future, classic and modern to ignite the unique energy of Tommy Factory, fronting supermodel Kate Moss and her daughter and model, Lila Moss for the first time together in a campaign, in addition to legendary drummer and producer, Travis Barker; Grammy®-winning artist, Golden Globe® and Emmy® nominated actor, Anthony Ramos; multi-Grammy® Award-winning recording artist, songwriter and composer, Jon Batiste; street pop artist, Mr Brainwash; as well Wigstock drag legend, Lady Bunny, and tattoo artist, Steve Wiebe.

Tommy Factory will further awaken at the brand’s New York Fashion Week homecoming in September, in a celebration of creativity and self-expression. The experiential event will amplify the power of the individual through installations inspired by Warhol’s 15-minutes of fame spirit, reimagined for today, uniting guests and models alike within the phygital space.