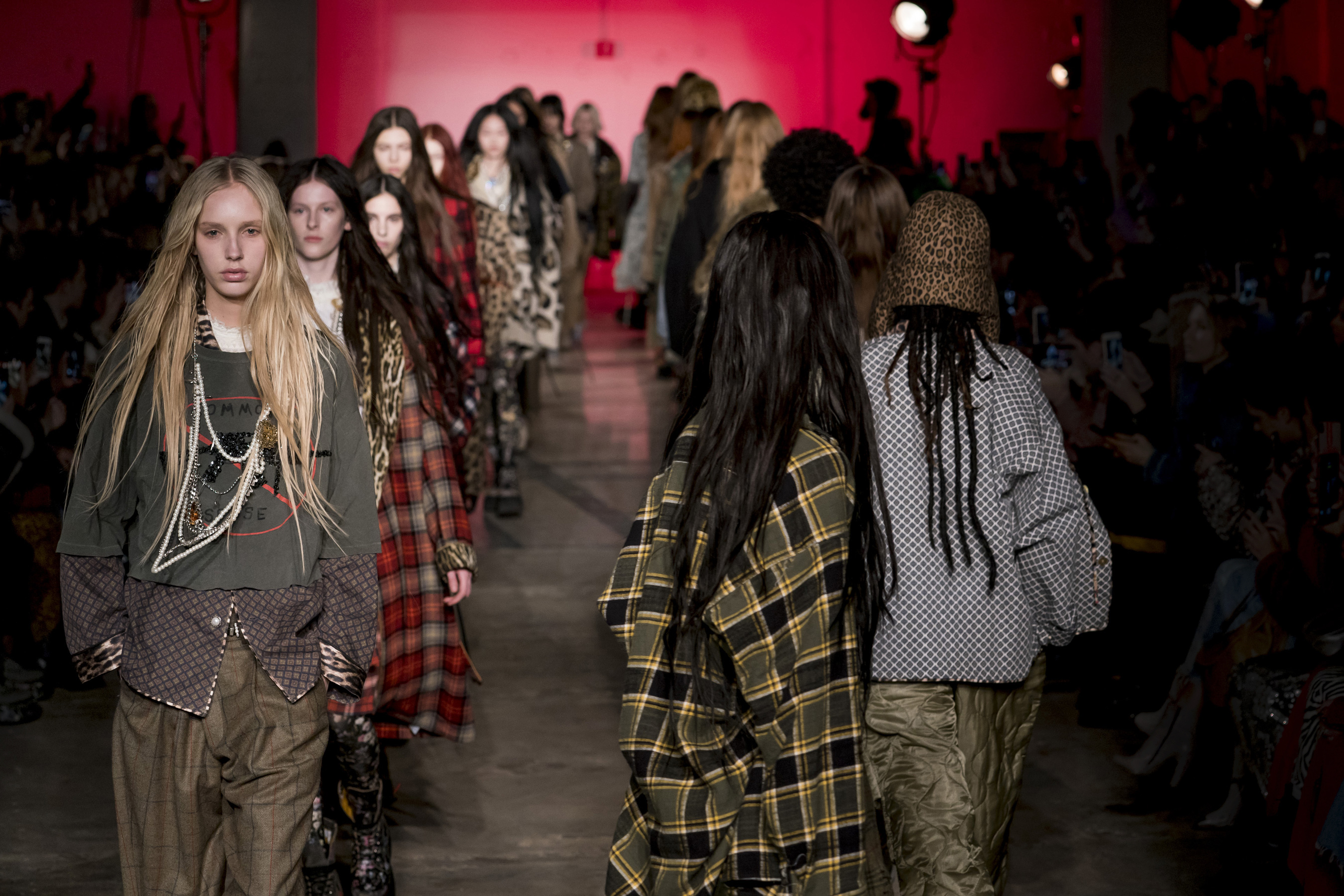 When contemplating the best of any fashion week, the scales are favored to those with the most weight, namely the established houses whose machines have worked out the kinks. But what of those at the other end of the scale? The ‘Other’ designers whose lift is equally heavy if not more? We at The Impression believe the ‘Others’ deserve their recognition as these champions fight against all the odds to win the favor of the fashion court.

Despite the naysayers about New York Fashion Week, the week is a source of championing a number of our Top 10 Other Collections of the season. Coming in at the number one slot is none other than Chris Leba’s R13 label which was shown in New York

Leba has been slowly redefining the luxury grunge-punk scene elevating from a core of denim to seasonal thematic collections that are well conceived and executed. Leba told us that the collection’s inspiration started at thrift stores in Austin, which is also where a city’s stylish inhabitants score timeless, well-crafted pieces. He marries high-quality craftsmanship with roughed up edges that don’t fall into designer costume and are clothes one find the models actually want to wear off-duty. We look forward to watching his growing influence on the international stage.

While there was plenty to cherish from an array of designers, The Impression’s breakout of the season was Khaite, designed by Cate Holstein and shown in New York. Holstein showed one of fashion’s most refined and sophisticated collections of this or any fashion week. Her style is all her own but she can stand side-by-side with Phoebe Philo in that both share a fondness for understated elegance that is feminine without being monastic. While the show may have been a debut, the designer certainly has paid her dues having her own namesake collection in the early 2000s, then going on to design at Gap, Maiyet, and Vera Wang before launching Khaite five years ago.

Her collection is like rediscovering an old warm friend you should have never lost touch with. Full of wit, grace, sophistication, and style. Her success is simply a matter of time as her experience is matched with a taste level that deserves international acclaim.

Designers Kate and Laura Mulleavy opted to show Rodarte in Los Angeles this season offering frilly dresses juxtaposed with black leather and Hollywood-red sequins reminded us that there is no business like show business.

London has always relished nurturing nascent talent. This season that talent grew up in terms of the quality of work making it feel as though it is several seasons away from tipping to become a must-see week. JW Anderson and Mary Katrantzou continue to the ‘Other’ movement despite being well-established houses.

Milan showcased Act n°1, a womenswear label founded by Luca Lin and Galib Gassanoff in early 2016 in Reggio Emilia, Italy. With less than two years under their belt the duo is quickly becoming Milan’s up-and-coming label to keep your eye one. This season the pair designed artistic patterns over printed on jacquard fabrics for elongated silhouettes. The pair is noted for hybrid styles that blend black embroidered tulle with sleek silks. Overall the collection was one of punk romanticism and stole our hearts.

Paris opened with a half day and a surprisingly fully developed collection from the team at Acne Studios. Haider Ackermann continues to walk the fine line between established and breakout. His cut and coolness make us long for Berlin nights. And once again Julien Dossena of Paco Rabanne stole our hearts offering a stunning Magical Mystery Tour mash-up of a collection which deserves a second and third look.

Here are The Impression’s Top 10 ‘Other’ fashion shows of the Fall 2019 season as selected by our editorial staff and Chief Impressionist, Kenneth Richard.