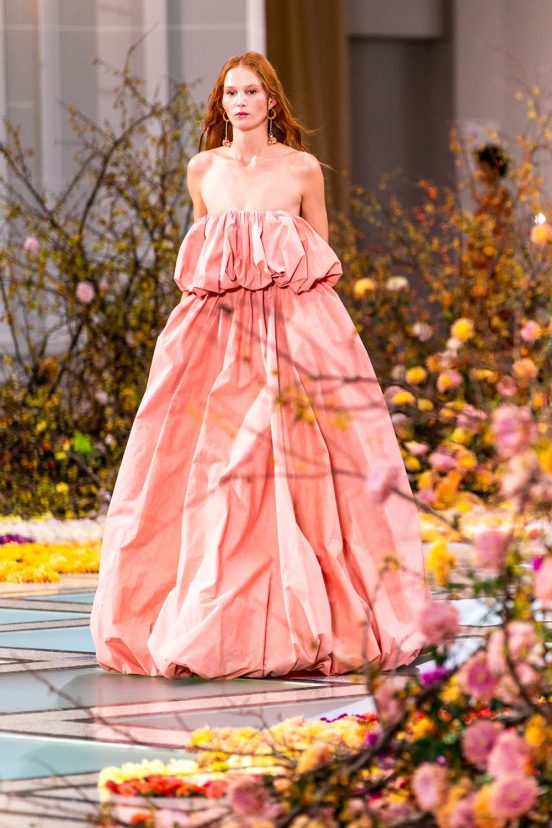 Almost halfway through NYFW and the energy is growing

Ulla Johnson dipped her brush into the Seventies paint pot to create a collection that women who love expressive clothes will find appealing.

Designers often put one thing on the runway and another in stores, leading to a disconnect and disappointment for customers. Designers will say, the retailers made them do it. Retailers will beg to differ: They’re just looking to carry what sells, that is what pleases the customer and gets her to tap her card.

And then there are designers like Johnson who can cleverly do both. Johnson is a pragmatist and a dreamer at the same time.

Designers often put one thing on the runway and another in stores, leading to a disconnect and disappointment for the customer.

Florals were her leitmotif. She put them on dresses of all shapes, midi and mini, on peasant-style tops and in cutouts in fabric.

She showed heaps of dreamy dresses including in subtle  batiks and tie-dyes for a balmy effect. Florals’ importance, like a sweet perfume wafting through the collection, was reflected in the runway set decorated with abundant flowers, playing off the clothes as they came down the runway. A strapless floral number swept the runway. Sweet minis were girlish in fanciful prints and looked grown up in a black bubble dress.

Ruffles have been everywhere in New York and Johnson was no exception, using them to move her theme forward.

She returned with great mastery to her knits-over-wovens look which has been so successful in pleasing the Ulla Johnson fan shopper in the past.

Suspension halters and one-shoulder dresses reminiscent of the Seventies brought attention to the bare shoulder.

The clearest representation of the Seventies vibe was the print-on-print message. Johnson did them in a longer length and in above-the-knee renditions. Regardless of length, movement and motion were key. That’s not to say, everything was about the print. Johnson punctuated patterned looks with solids like pale peaches, black and standout pieces in yellow. These were made from fabric with floral shapes that were laser-cut into the material.

The Seventies are a perennial favorite for designers. Johnson proved particularly adept at adapting the decade’s influence and making them her own.