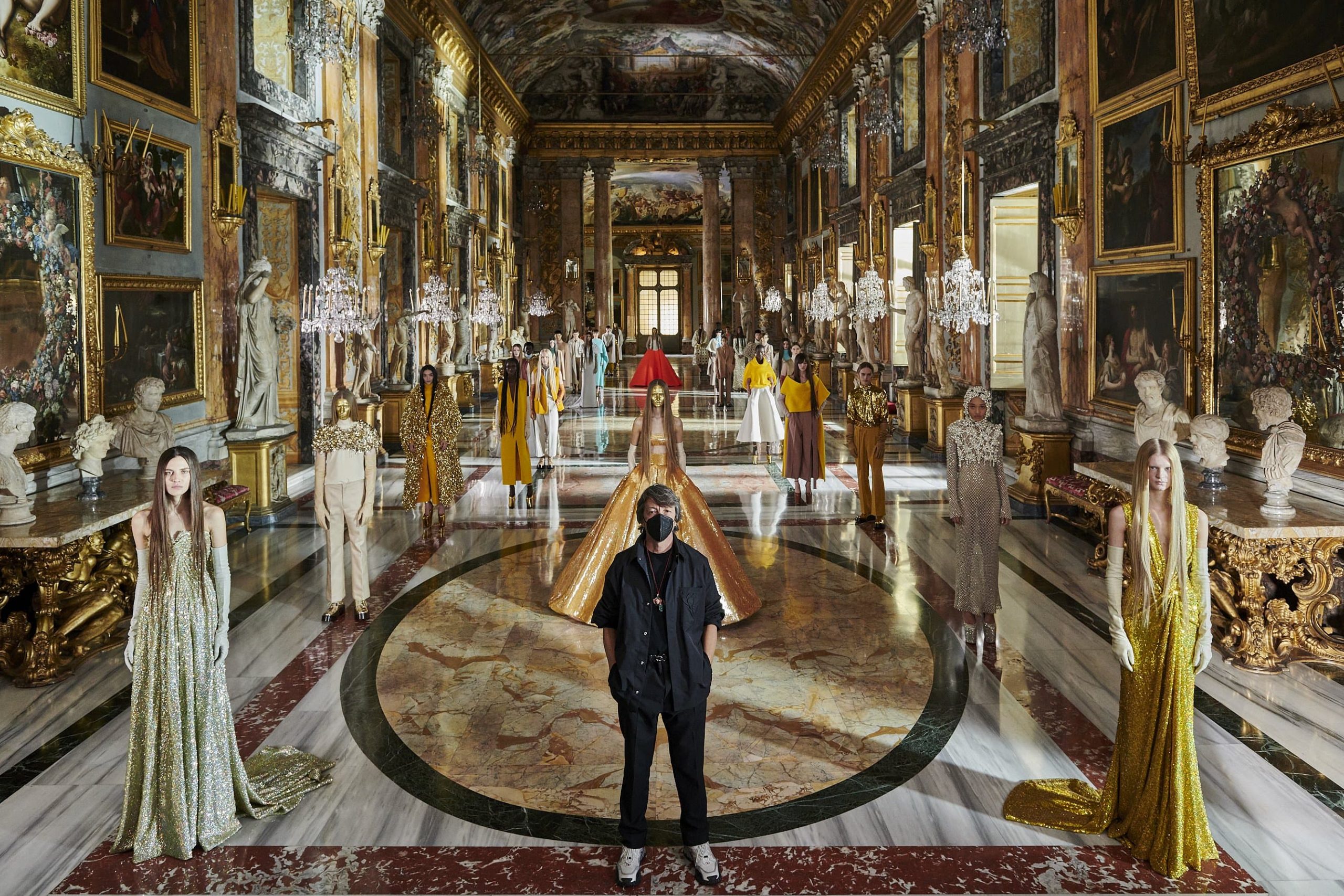 Valentino to Show Couture in Venice

Valentino Des Ateliers, the Valentino Haute Couture Fall/Winter 2021-22 collection, will be presented in Venice this year. The show will livestream on the Federation de la Haute Couture et de la Mode platform and on digital channels, and a selected number of guests will be invited to see the show in person.

Covid restrictions have caused Valentino, among others, to change plans and rearrange schedules in the past year. The fashion house chose to again opt out of Paris, to show the collection closer to home. Due to delays in production, the show will also debut on July 15, after Haute Couture Fashion Week which runs from July 4 to 7. Valentino’s creative director Pierpaolo Piccioli sees these obstacles as an opportunity.

One the most challenging aspects of my work during these unprecedented times was the reprogramming of some of my recurrent thoughts, which of course included the concept and the place for my couture shows. The current ‘travel with your fantasy’ mode we are in pushed me to dream harder and bigger.

Piccioli chose Venice as the stunning backdrop for the show as he believes the city empowers various creative energies. Piccioli further stated of his process, “My next couture collection will go under the name of Valentino Des Ateliers and the overall approach to this project has a lot to do with the name itself. I have challenged myself in orchestrating a symphony of different souls, minds and creative inputs. All of these energies drove my vision to Venice. This city genuinely and spontaneously generates vibrations on art, theater, music, architecture, cinema, and everything that has to do with creativity. That is why it has been a natural decision to go for this idea. I am a designer, a fashion creator and I need to envision my creations in specific frames. Venice is the frame of the Valentino Des Ateliers collection.”

We commend Valentino’s beautifully framed creations throughout the pandemic. January’s show titled Code Temporal was held at the 14th-century Palazzo Colonna in Rome, and only shown digitally. Picciloli teamed up with Massive Attack musician and artist Robert Del Naja, (also known as 3D) to present a film. The project documented the creative process behind the haute couture collection showing seamstresses, and tailoring rituals. Del Naja chose machine-learning algorithms to film the entire process, with artificial intelligence playing a role in the final edit.

Last July, Valentino’s Fall 2020 couture collection staged a live performance at Cinecittà Studios outside Rome. The show debuted the fashion film, Of Grace And Light, directed by Nick Knight, edited and filmed by Britt Lloyd, and featuring a soundtrack by FKA Twigs. The film featured Piccioli’s F/W 20 couture dresses floating through the air, colored and ornamented by projections of images of nature.