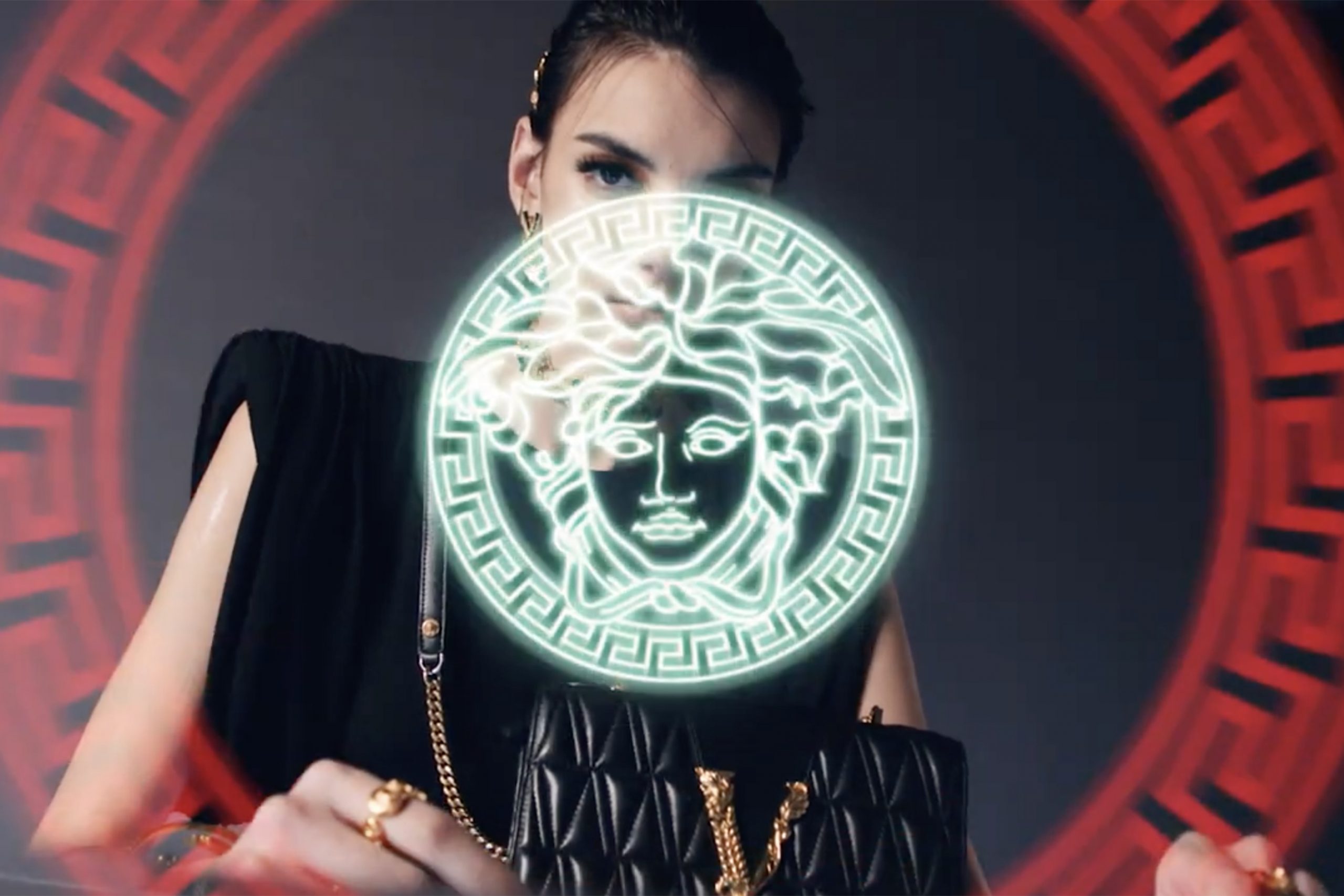 Cyber chic or technologically trendy. How ever you want to describe it, Versace’s latest campaign is undeniably cutting edge and eye-catching. Under the creative direction of Ferdinando Verderi and Donatella Versace, lensed by Edith Bergfors, the film and images do a fantastic job of relaying the essence of the collection titled ‘Virtus’. Virtus was a specific virtue in Ancient Rome, that carried connotations of worth, valor, courage, and excellence. The word was traditionally used as a description of manliness but in this campaign, the term is exemplified by three strong female protagonists.

Many people think of accessories and automatically their minds go to small, dainty things, used to build up an outfit. But Versace is centering in on the value of embellishment, and by focusing solely on these stand-out handbags, shows that accessories can be just as powerful, if not more, than the clothing itself.

Reminiscent of a spy film, complete with computing codes and action music, the short video shows off the new designs, complimenting the defining hardware features of the bags. Each clip is short and bright colors pop against the dark background. For a brand known for its risk-taking designs, full of patterns and colors, it was nice to see this balanced out with a darker, more intense setting. The props are spare yet evocative, namely cable wires and a lucite table which is all that is needed to suggest precious items under lockdown, or a techno-futurist heist. The translucent props also allow the heroines to be shot from below, which is a clever film technique to make the women seem more powerful; many famous film directors shoot the villain from above and the heroes from below, as a way to subconsciously elevate the characters that the audience should be rooting for.

Watching this, we almost needed a bowl of popcorn and some 3D glasses to complete the experience. Being a fan of science fiction, the entire campaign is extremely pleasing. The intense theme works very well with the sleek designs, and each photograph continues to add to the full picture.

If anything, the film is almost too short. We get a short glimpse at the strong designs, with an air of mystery around the entire thing. It would have been nice to get a more in-depth look at each bag, making the film longer and letting the fantastical sci-fi movie play out a little more.

But regardless of the length, the campaign is still extremely well-done. It makes you want more, which is exactly what any fashion house could ask for. This Italian luxury brand has been making strides in the industry for the past 40+ years, and watching this futuristic campaign makes us that much more confident in what they are bound to achieve in the coming years.