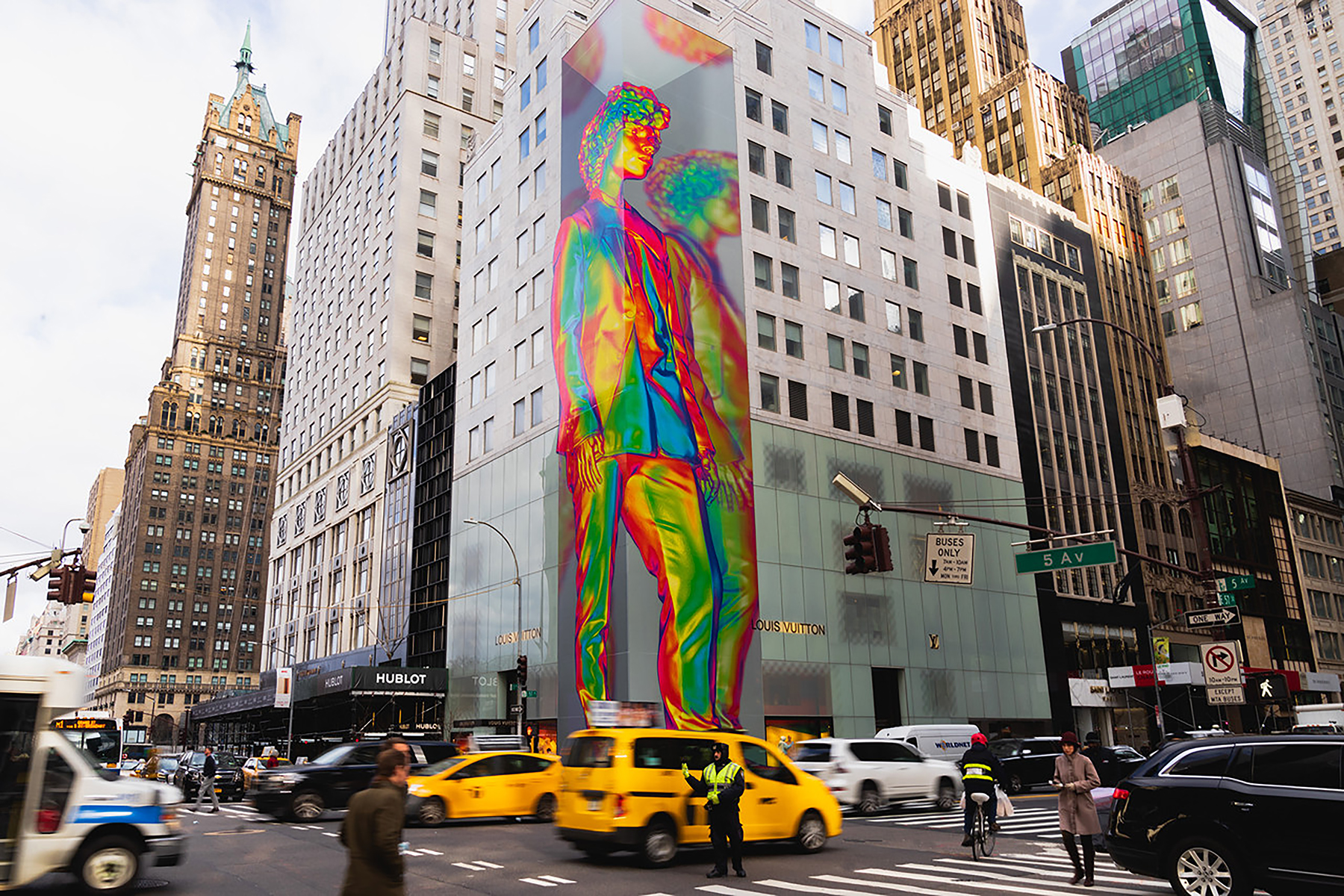 The Virgil Abloh era at Louis Vuitton has officially begun. The French fashion house unveiled this week a 12-story mural installation at its Fifth Avenue store in New York City and other global artworks to celebrate the launch of its Spring/Summer 2019 collection, Abloh’s debut collection for the atelier.

Louis Vuitton took an unconventional approach to promote the collection, including turning to Abloh to share on his Instagram page explanations and additional artwork in Los Angeles, a large digital display in Beijing and a statue in a pop up at Harajuku Station in Tokyo.

In New York City, the character stands at the corner of the store facing downtown clad in a casual tailored suit and brightly shines as a rainbow from his hair to his shoes (Virgil also marked where the viewer should stand on the street to best see the mural in New York City). On Rodeo Drive in Los Angeles, he is a statue in the store’s glass façade, and in Beijing, he spins in the store’s digital display. Finally, in Tokyo, he ditches his suit for a hoodie, shorts and Louis Vuitton sneakers, and crouches to fit the two-floor space.

The works are grand, iridescent pieces that are arguably more exciting than the SS19 show from June. The show saw models in garments that picked up the colors of a rainbow carpet, but seeing the artworks gives a better idea of Abloh’s Wizard of Oz-inspired vision for the collection.

As we wait for Virgil’s second collection for Louis Vuitton, we’re reminded through these artworks of how history has been made with the collection, and how this is only just the beginning.