What Millennials Get Wrong about Marketing to Zoomers 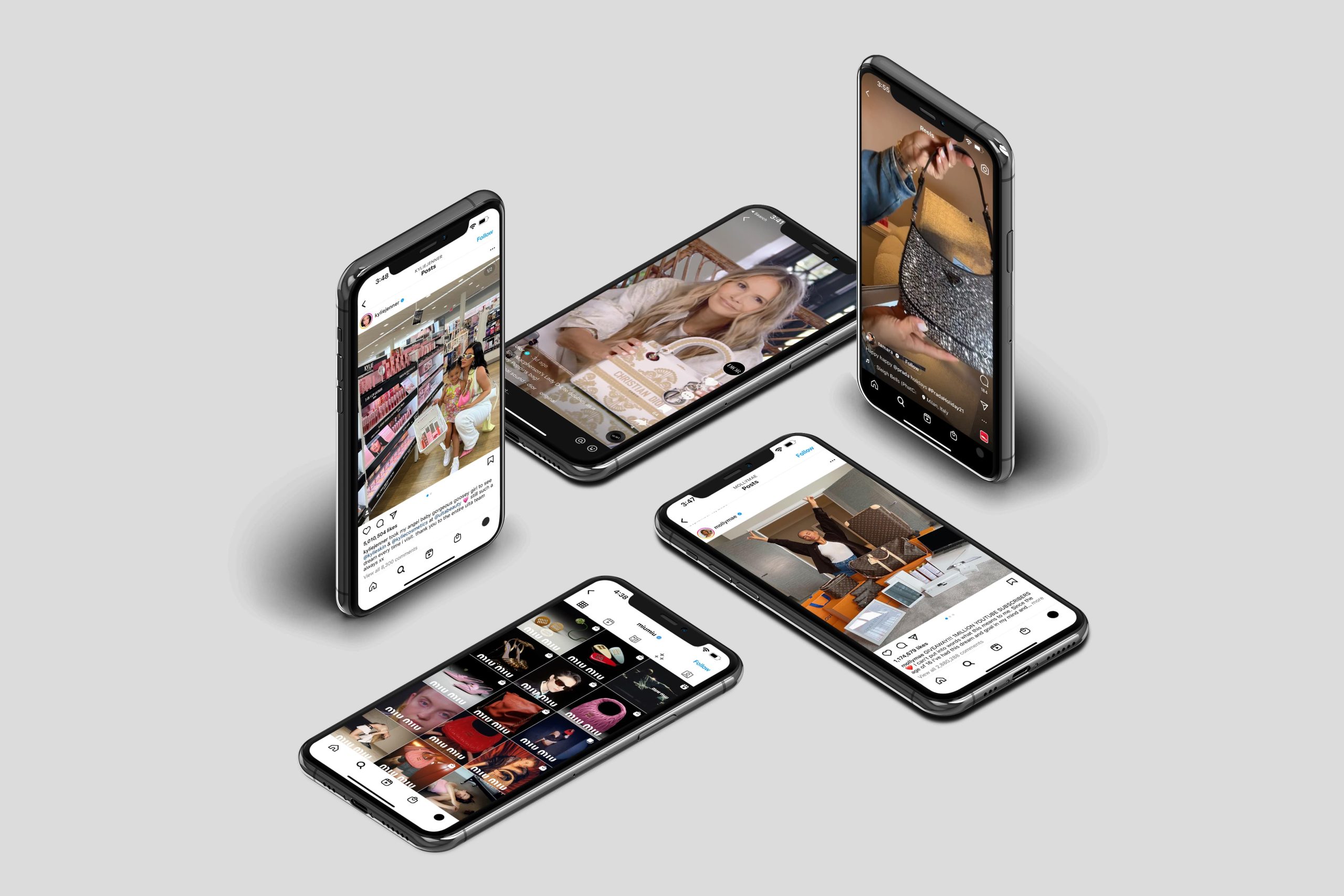 What Millennials Get Wrong about Marketing to Zoomers

First of all, let’s agree on a few terms and conditions… for the purposes of this article, the terms ‘Millennial’ and ‘Zoomer’ refer to: (a) Those people born between the early 1980s and the turn of the 21st century, otherwise known as Generation Y (after Douglas Coupland’s Generation X, who were born in the 1970s) and (b) Those born between the late 1990s and early 2010s – the oldest of whom are currently in their mid 20s – in other words the first digital natives (who don’t remember a time before social media and smartphone apps) – and also known as ‘Gen Z’.

• More hardworking, ethical and activist than the previous generation

• Let them guide you, rather than vice versa

• It’s no longer about seasonal campaigns, it’s about moments

As for the conditions… well, there are plenty of assumptions that the older generation have on the younger. Their screentime is off the scale; they have a miniscule attention span; they have no sense of perspective; they are unrealistic idealists; they are work-shy; they are fickle and impressionable.

All of which, as we’ll see, is not only false, but often a projection of the former on the latter. And there’s no love lost between the two. Writing for CreativePool in 2020, Kathryn Nixon of Creative Mass noted that Zoomers ‘particularly dislike, and are wary of millennials’. Why might this be? For a start, the Zoomers show up their elders by being more hardworking, driven, careerist, ethical and principled. Nixon, explaining how best to connect with them, explains, ‘They are purpose-driven but ambitious: speak to their need for purpose, but also show them how you’ll help them do something with it’.

In other words, they are interested in self-improvement, but on their terms. Brands need to integrate their offering into the Zoomer lifestyle – by speaking to their need for purpose, but also ‘showing them how you’ll help them do something with it’.

Most of all, Zoomers have a well-developed BS sensor. They know when they’re being marketed to – and accept that as part of the trade-off with brand content. Just don’t ever try to pull the wool over their eyes, because they’ll see you coming a mile off. They also know the power of their data, and will actively deny you access to it (IPSOS, 2018 – 49% of 18-29 year olds disable cookie browers, 19% have provided fake information to companies). And, however great your marketing strategy, never forget that only they can decide what goes viral – and what memes they’ll engage with.

Keep it real. Honest messaging and raw creative will resonate… It will also break through the clutter of marketing messages currently crowding their feeds.”

Danielle Wiley, CEO of Sway Group, and Ziad Ahmed, CEO / founder of JUV Consulting, are experts in marketing to Generation Z, and identified some key character traits for Morning Consult in 2021:

• They are economically powerful (with earnings estimated at $33 trillion by 2030, seeing them overtake millennials) – but hard to pin down.

• They are racially and ethnically diverse – and identify with likeminded individuals, regardless of ethno-social groups.

• They are moral – and will mobilize for a variety of causes. (What’s more, they expect brands to take a stand on social and policy issues – according to research by WP Engine in 2019, 69% say they would be more likely to buy from a company that contributes to social causes).

• They value individuality – and see consumption as a means of personal expression.

• They are also the most educated generation to date.

All of which makes them incredibly hard to market to: they know what you’re up to, they’ve seen it all before, and they’re wary of your ulterior motives.

So what’s the solution? First of all, treat them with due respect. Admit they know more than you – and let them lead you. Wiley and Ahmed conclude that the best approach is to allow Zoomers to shape your brand messaging – to ‘guide you in terms of what is relevant to their audience and be prepared to listen to their perspectives and opinions’.

This is exactly the attitude that Tommy Hilfiger exhibited upon the announcement that the brand was entering the metaverse, by sponsoring a global team of gamers and creating digital versions of collections for in-game avatars. Refreshingly, Hilfiger himself told WMD: ‘We’ve never done anything like this before. Not only is this an exciting step for us… but we’re connecting with and building relationships with a whole new group of fans and customers. I’m excited to learn from these creative individuals and explore more of their intricate gaming world.’

This is a crucial and (if you’ll pardon the pun) game-changing approach: rather than expecting influencers to simply repeat your sales pitches to their audience, let them help you to shape them. Transparency, authenticity and personalization are all key for this generation, where traditional rules don’t apply – from marketing campaigns to geopolitical boundaries. They will seek out their own like-minded audience, using the internet as the lens through which they view the world – and the rest of us are still catching up with that worldview. USA Today described Gen Z as ‘loneliest generation yet’ – but that’s because they are measuring by outdated parameters, including physical neighbors, co-workers and church congregations. In fact, Zoomers are more inclined to connect with likeminded online communities globally. The 2018 IPSOS report concludes: ‘The internet is increasingy the medium through which all information will be delivered… Brands of the future must adapt their marketing to the changing behaviors and values of their audience’.

That said, off-screen, real-world interaction is still highly valued: witness the #BookTok trend, in which TikTokers recommend books to read – a digitally-led book club that has seen an uplift in physical book sales, with major retailers (including Waterstones in the UK) now stickering #BookTok recommended titles and giving up shelfspace to dedicated displays. Wiley and Ahmed note how ‘mobile use facilitates and encourages offline behaviours – and that Gen Z value ‘IRL’ contact.

It’s worth noting that TikTok’s internal Creative Lab has released a list of recommendations for marketers under the title ‘Debunked’, which highlights how the majority of its audience use the platform to better themselves and learn real life skills: 60% spend time learning DIY projects or recipes, whilst dancing is only 7th in the top viewed categories. (From 2020, TikTok identify an ‘Expressionist Explosion’ over replicated content (lipsyncing and dancing), culminating in the ‘Creative Sandbox’ – where diverse, specialized, entertaining and polished content is increasingly coming to the fore with – education becoming an ever-more important strand. Alongside BookTok, they also identify trends such as ‘00’s Fashion Nostalgia’ (with 7.9billion views for the #Y2K tag) and #Naturetok (45billion views).

The key message that everyone agrees on though is that it’s no longer about seasonal campaigns, it’s about moments. In his book The World Is On Fire But We’re Still Buying Shoes, Alec Leach says, ‘Clothes in the hype era aren’t products to own, they’re moments to broadcast on Instagram… They are more like memes than products.’ TikTok reports that 40% of users in the US will prioritize ‘moments of joy’ promoted by brands. This implies a sift towards more experiential marketing – led by what Wiley and Ahmed identify as ‘Trend hopping’ – where, by the time you’ve cottoned on to a trend and built a strategy around it, the audience has moved on. And likely they saw you coming, too. Zoomers are often criticized for having a poor attention span (which is not true – Research by Developmental Psychology journal, published in 2018 – reveals that ‘kids today are actually more patient than 50 years ago, and can control their impulses better’.

In reality, it’s brand attention that is lacking in this new generation. Just as slang terms can go out of date in a matter of weeks – leaving you looking foolish for using them – so can trends, memes and seasonal campaigns. Wiley and Ahmed suggest you treat your campaign instead ‘as a playground’ – speak to them, engage with them, give them a voice, gain their trust. Be honest and transparent. Admit your aims – and your cluelessness, just as Tommy Hilfiger did. And, by introducing an ‘open source’ approach to everything from product development to marketing, they will feel involved and empowered by the process.