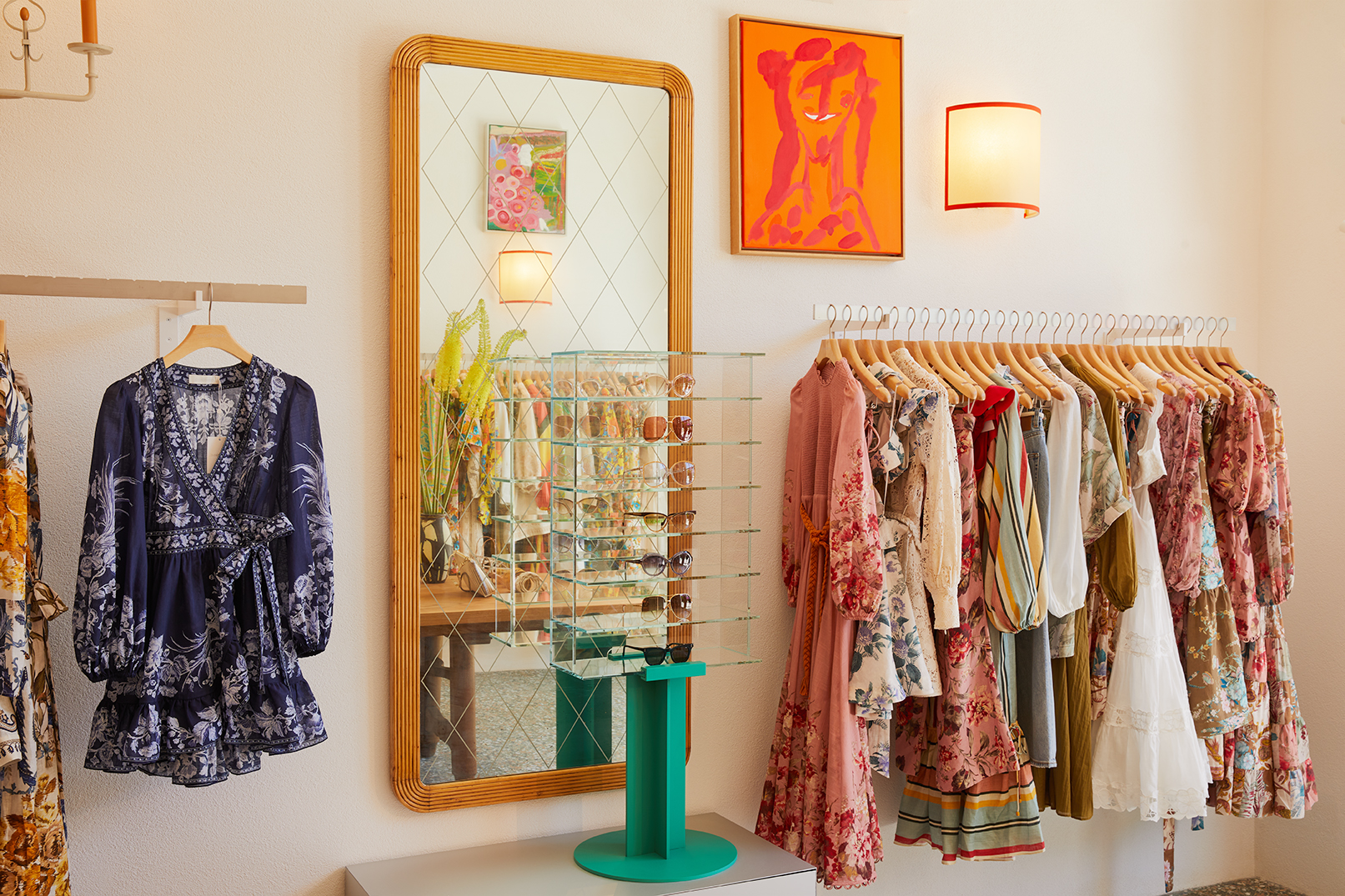 The 48-square-meter location features a characteristic mix of local flavor and Australian color. The boutique’s floor tiles are made from marble sourced from the local mountains of Alpi Apuane and crafted in the traditional technique. Meanwhile, the artwork featured in the boutique is a collection of colorful paintings from Australian artists, including works from ‘Martumilli artists Beverly Rogers, Mabel Mitutu Wakarta, and Lily Jatarr Long. The Martu people are the traditional custodians of the Great Sandy, Little Sandy, and Gibson Deserts of Western Australia. Also featured is a wild lobster sculpture by Peter Cooley and a painting by Tom Polo.

Known for its beaches, the historic seaside town on the coast of Tuscany is a popular tourist destination for the Italian upper class, with a population that triples during the summer months. With its colorful atmosphere and starting lineup of Summer Swim and Fall 2021 collections, the Forte de Marmi boutique is ripe to draw in the summertime crowd.