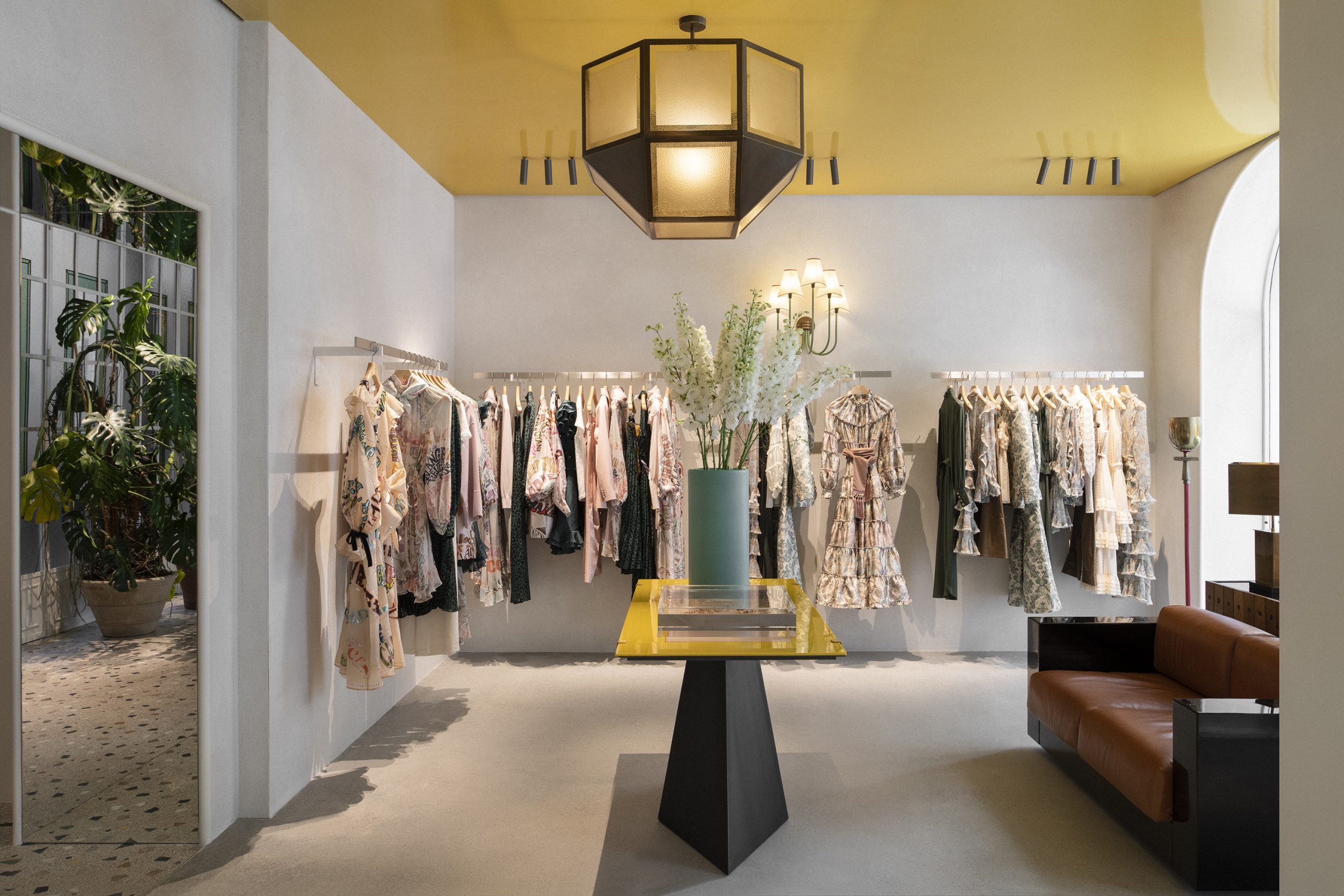 Australian fashion house Zimmermann is continuing its European retail expansion with the opening of a boutique on historic Via Santo Spirito in Milan. Their latest store retail experience is in two-floors of a 16th-century palazzo and is the house’s second Italian location following the opening of its Capri boutique in 2019.

It’s a dream come true for us to be opening a store in Milan. It is a city that I have been fortunate to visit many times over the years and I just love it. Our designer Don McQualter and his team have put so much energy into creating something unique and special. There is a series of rooms that all have their own identity, and which have been designed to come together to feel fresh and optimistic. I love the little Australian touches in the art and furniture that look unexpectedly at home in the beautiful, historic palazzo.

In keeping with the brand’s Australian roots, both the Milan and Capri boutiques are designed by Australian architect Don McQualter of Studio McQualter and are a physical embodiment of the Zimmermann brand – relaxed femininity, an air of freshness and light, and unyielding optimism.

Zimmermann Milan is 286 meters squared located on Via Santo Spirito, 19. The ground floor has a glassed-in arcade emphasized with mirrored ceilings and a locally made Paladiana floor. The door and window detailing take reference from the courtyard of Museo Poldi Pezzoli just a few streets away.

The Capri location, opened in 2019, is 71 square meters in size and is located on Via Vittorio Emanuele, 30. The subdued pink facade is in keeping with the local palette. Opened in June 2019, it is now open for its second summer.