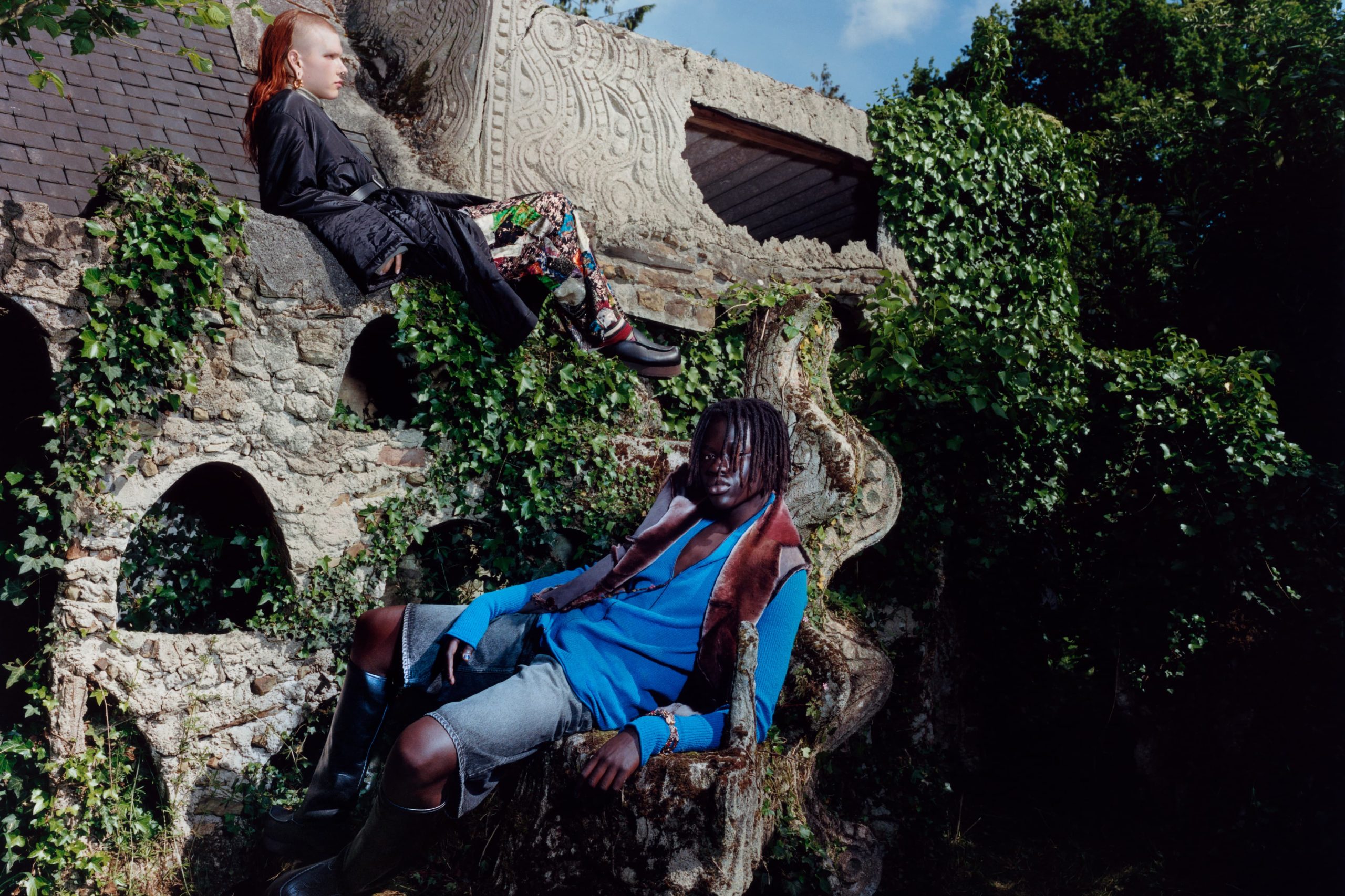 Acne Studios explores a textural wonderland in a new campaign for the second drop of its Fall 2022 Men’s collection, captured by photographer Harley Weir.

The campaign was shot at La Maison Sculptée, an enchanting example of outsider art as architecture situated in Rennes, France. The building was conceived by Jacques Lucas, who began transforming the space in 1968, adding hand-carved artworks and waterways over a period of four decades.

Using this backdrop where natural growth merges with idiosyncratic human creativity as her starting point, Weir explores a rich interplay of texture. The collection’s knits, sequins, and denim enters into conversation with the swirlingly off-kilter masonry, creating an evocative and layered visual narrative that is at once harmonious and discordant.

Among this space, Acne Studios’ typically atypical casting situates its young heroes as lost boys, playful punk protagonists who shirk society and its conventions – whether of style, gender, whatever – to lose and find themselves again in this mystical place. In Weir’s vignette-like compositions, references to folklore and art history abound, at once subverting and paying homage to a legacy of human creation.

Eclectic, psychedelic, and subversive – but not without a strain of artful sophistication – the campaign is delightfully, unmistakably Acne.