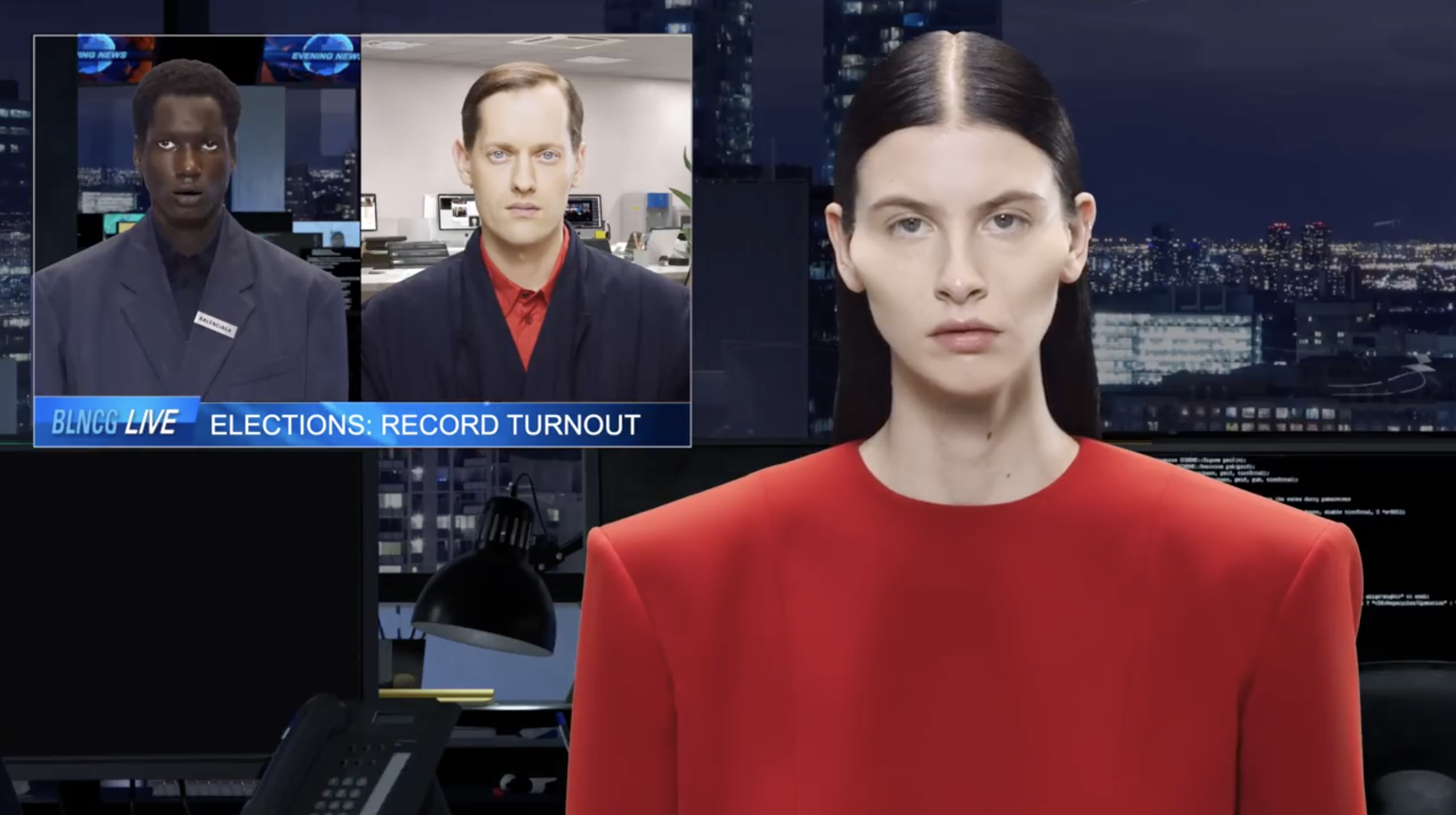 Does Balenciaga possess paranormal prescience, perhaps a portal into the future?

Balenciaga Creative Director Demna Gvasalia recently collaborated with Paris-based artist Will Benedict and Director of Photography Nicolai Niermann to create a short film that feels like an eerie premonition of the current global pandemic. Surrealistic pseudo-scientific imagery and fake news headlines such as “PLANETS REALIGN” and “PEDESTRIANS ARE BACK” give the illusion the film is an Evening News report that has been issued after the COVID-19 virus was brought under control. After coronavirus, things don’t exactly return to normal; plastic bags come to life and walk through the streets with pedestrians, cars can finally drive themselves without causing accidents or traffic jams, and political elections are swayed by a record turn-out of young voters.

Corresponding to an equally political print and social media campaign, this brilliant short film by Will Benedict features ominous music, slick 3-D graphics, and expressionless digital puppets, which prompted comments on YouTube such as “this is creepy af” when it was first posted a few weeks back. At the time, one viewer commented: “when the entire world finally affected by coronavirus”. Indeed, the news being presented by a screenshot of local newscasters with computer-animated mouths might be a good idea, because it would help limit human-to-human contact, and slow the spread of the coronavirus. And although the initial reaction to the film was incredulous, one wonders if the same YouTube viewers watched the film again now, would they be comforted by the film’s accurate reflection of their own unease?

For many, it might be a relief to watch a short film that captures the indescribably bizarre feeling of discomfort that comes from experiencing a modern global pandemic. We are experiencing a unique moment in history, because never before has the human experience of a contagious new illness been infinitely refracted through the almost indecipherable filters of government and media systems to be delivered in small clips and soundbites through our computers, television screens, smartphones, and social media channels.

Balenciaga’s version of the future is not a utopia by any means, but it does conclude with a few glimmers of hope. As the film draws to an end, the youth have taken over politics, a metaphorical new day is dawning, and the reports promise that good news will be coming up shortly. Similarly, there are subliminal threads of inspiration woven through the background in the form of a slender news feed banner containing obscure facts about science and nature. Did you know that cats don’t have the ability to taste sweet foods, or that mushroom species have thousands of different genders? There are many idiosyncratic facts such as these to remind the viewer of the wondrous complexity of our natural world, subconsciously implying that we should do whatever it takes to preserve it. Perhaps the most inspiring fun fact is this: “In space, humans cannot cry”. According to NASA spacewalk officer Allison Bollinger this proclamation is true in zero gravity; the eyes can well up but tears simply do not form. Instead the would-be tears “…actually kind of conglomerate around your eyeball.” So perhaps we can take inspiration from the astronauts with no more tears, and “buck up” as the old saying goes. Afterall, tears are not needed when the indomitable spirit of humankind prevails.