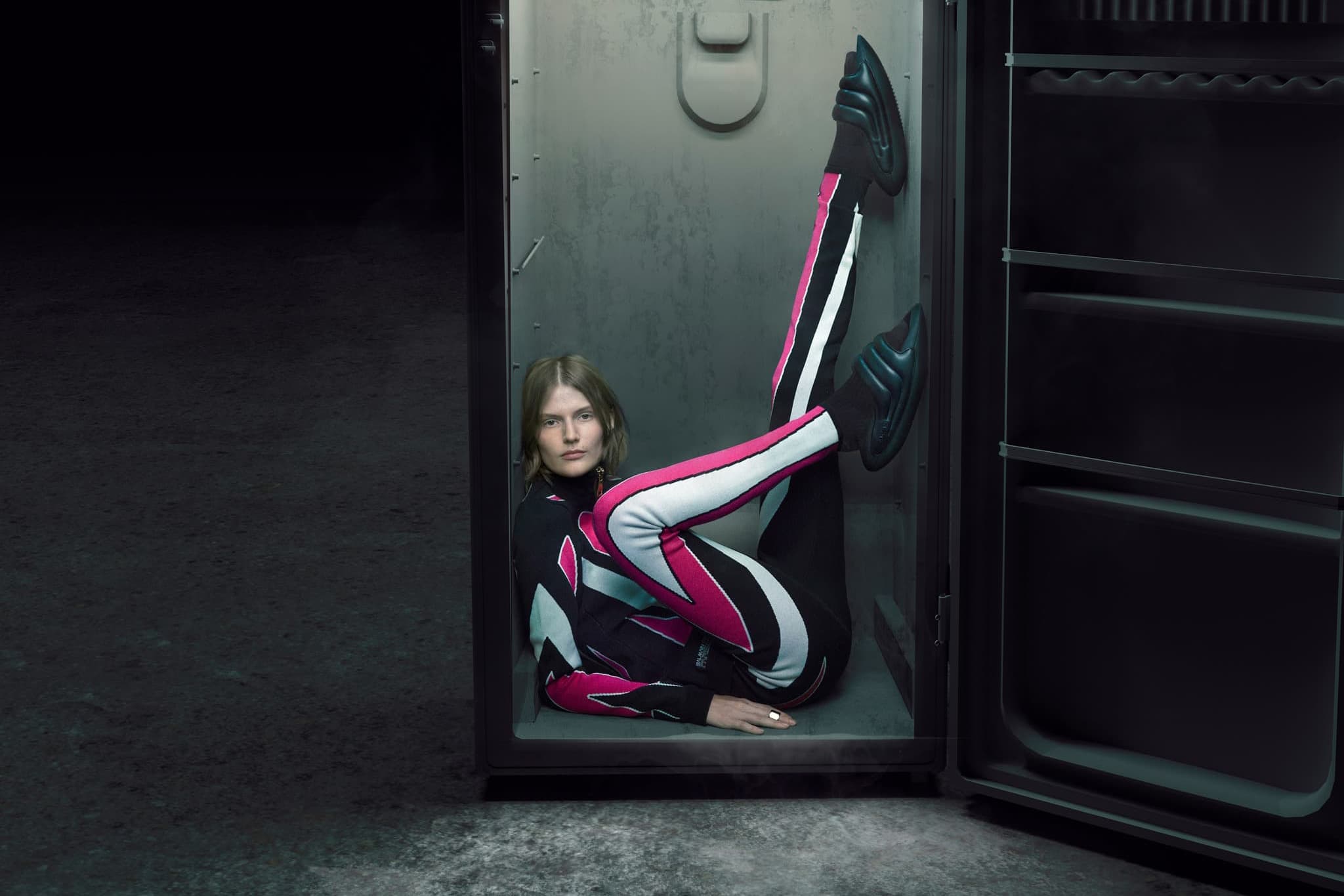 Balmain 'The Thrill of the Chill" Ski 2023 Ad Campaign

Balmain feels the thrill of the chill with a new campaign for its Winter 2022 ski capsule by photographer An Le and creative director Michail Pelêt.

Le’s photographs take a striking and witty approach to capturing the collection’s spirit of icy cool. His images all revolve around the central set piece of a freezer, from which his models emerge with energy and poise, seemingly unfazed by the sub-zero temperatures but exuding a power that seems ready to take on any mountain. The all-black, dramatically lit compositions emphasize the collection’s slick color scheme of black and white with retro-minded touches of electric pink and yellow.

It seems like every major luxury fashion brand has started releasing ski collections in the past couple years, so it’s no surprise Balmain has jumped on the trend. From both a design and marketing perspective, it can be difficult to distinguish oneself from the pack. But here Balmain and its creative team succeed through a conceptually incisive and visually striking approach that captures the house’s signature sense of power while embodying a winter-sports-minded feeling of technically augmented, snowy cool.