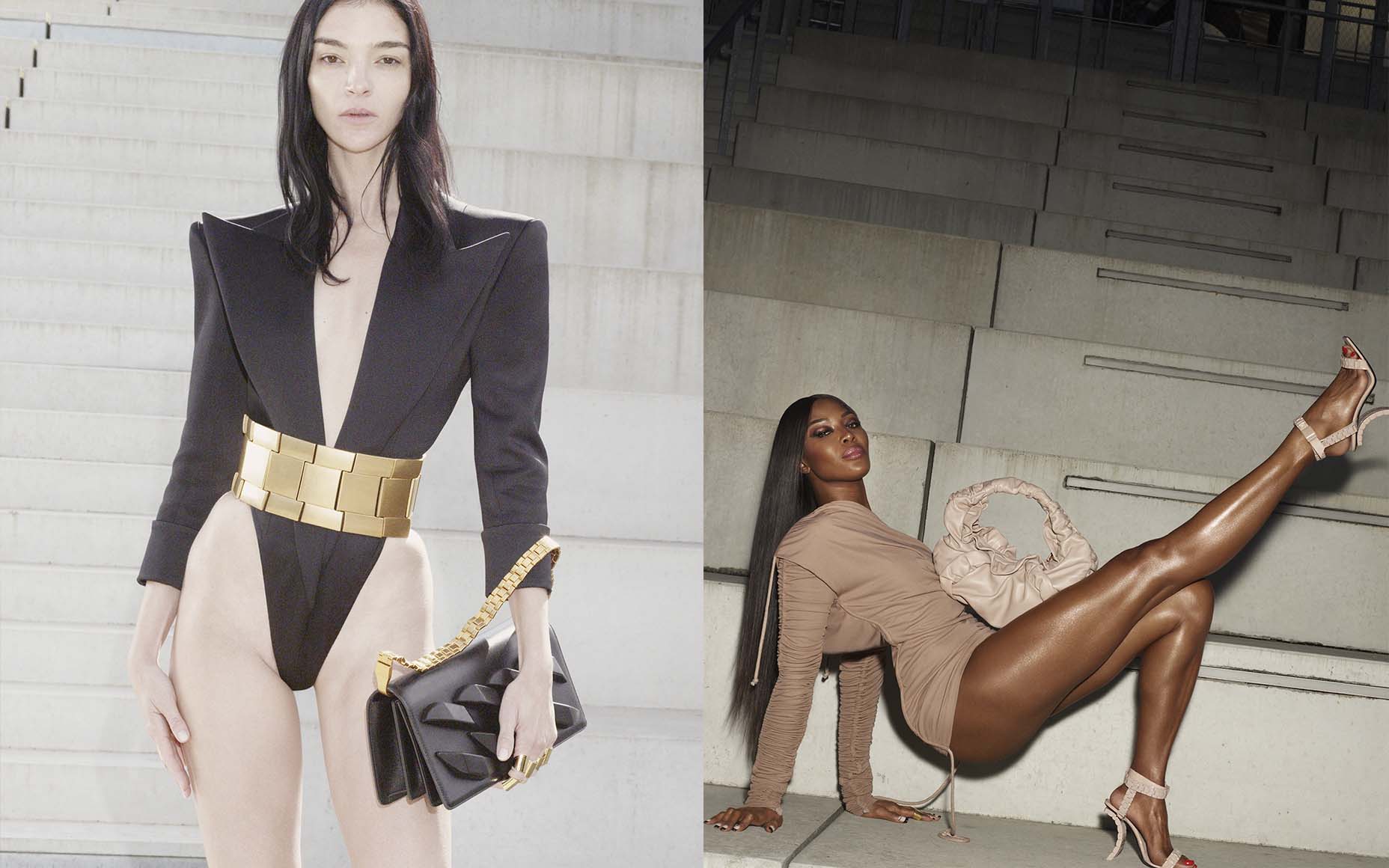 Balmain shares a simple, powerful, and sexy campaign in celebration of its Spring 2022 collection by photographers Mert Alas and Marcus Piggott.

With a stadium-sized crowd, over a hundred looks, and legendary supermodel moments, Balmain’s Spring 2022 show – which coincided with the tenth year of creative director Olivier Rousteing’s work for the house – was an epic, blockbuster event. To translate such a collection and show into a campaign with a dozen or so photographs could seem like a monumental challenge, but Mert & Marcus do smart work to preserve the energy and power of the collection while translating it into a more low-key approach.

Using a quick, from-the-hip approach that lends the photographs a feeling of candor and asymmetry, the duo capture a group of supermodels who walked in the show – including Naomi Campbell, Mariacarla Boscono, and Carla Bruni – against the geometrical lines and crisp concrete of empty stadium steps in Paris. The simple, rigid backdrop provides an intriguing stage for the focus on the hardware and fluid yet precise lines of key designs from the collection, the cuts of which reveal lots of hips and rippling leg muscles.

The consistent, luxurious color scheme of black, white, and gold lends the protagonists a feeling of power and inaccessibility, as well as making the one image of Naomi Campbell in a bright red dress really pop. Another cheeky image features a handbag on fire, a strong symbol of the collection’s personality of decadence and power.

Sexy and striking, the campaign exudes confidence, precision, and power – a fitting manifesto for a collection such as this one.