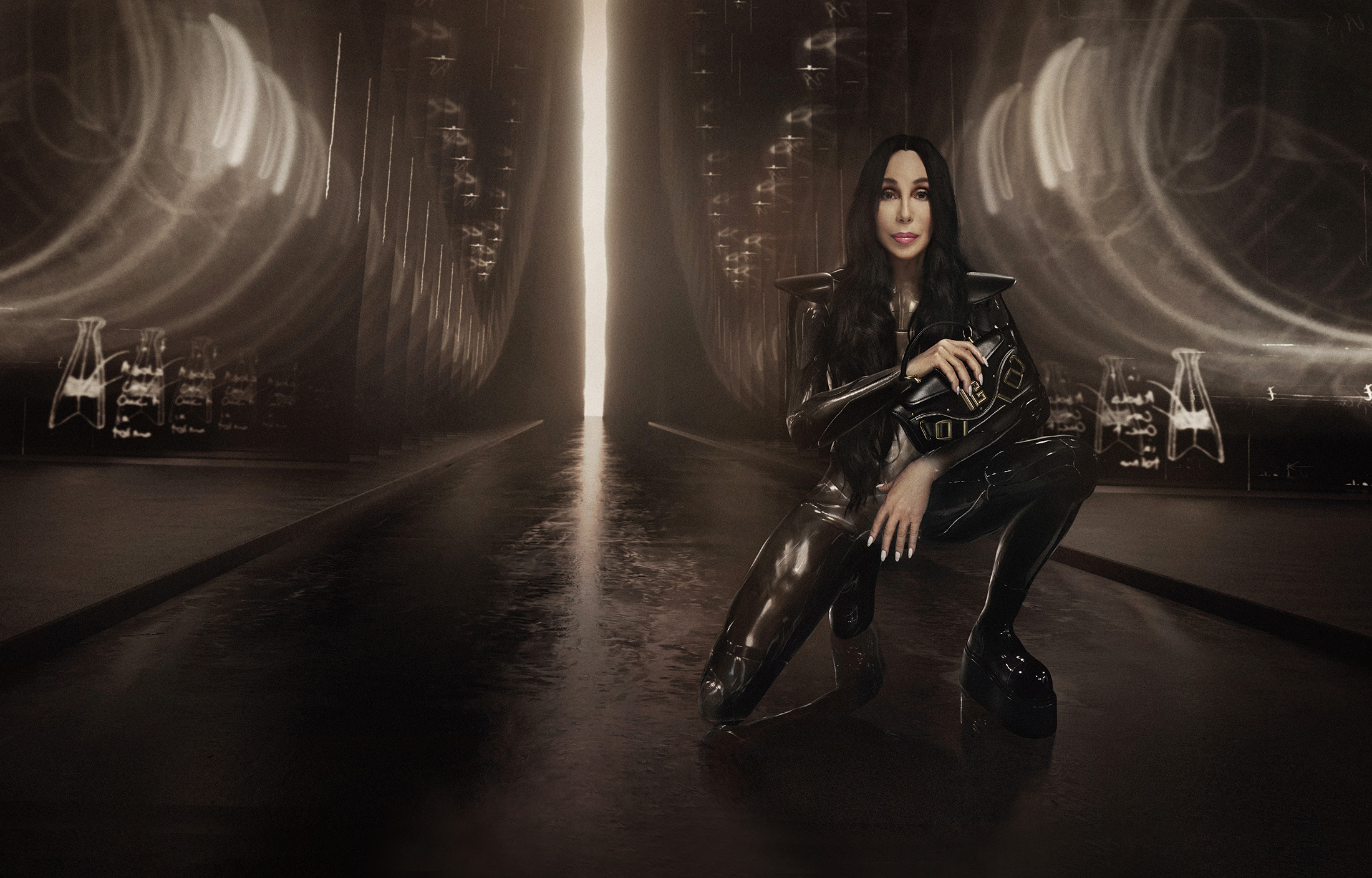 Following her final appearance at Balmain‘s Spring 2023 show, the iconic Cher returns for a campaign in celebration of the house’s latest icon: the Blaze bag. The campaign was directed by An Le with artistic direction from Michail Pelet and Victoria Pavon.

The video positions Cher – or rather, her virtual avatar – as the queenly ruler of a dark futuristic realm. Shots of newspaper headlines that anticipate an eighth wonder of the world and a solar eclipse nearing darkness suggest cosmic changes are brewing in this digitally augmented realm. Cher rises from her throne as robotic tentacles out of The Matrix disconnect from her head, then the film reaches its climax as the Blaze bag materializes in her hands. A voiceover from the star cheekily boasts of both her and Balmain’s signature brands of creativity: “All of us invent ourselves. Some of us just have more imagination than others.”

“Obviously, Cher’s history of successes, records, awards, activism and culturally defining moments makes it clear that she perfectly embodies the term trailblazer,” explained creative director Olivier Rousteing. “She’s been a daring pioneer for six decades, never slowing down and always pulling us along with her, as she marches forward. ‘Style Icon’ doesn’t come close to describing her achievement of defining more than a half-century’s worth of fashion’s trends. And, in this challenging era, when we are compelled to fight for long-overdue changes, Cher’s impressive, long-term commitment to dedicated activism is definitely an example to all of us.”

Despite the bag appearing for maybe one total second of the film’s runtime, it feels like an excellent way to further leverage Balmain’s partner with the star and wisely time this partnership with a big new release. The film is more of an exercise in achieving a deep sense of mood and style than a showcase of any product, and much of its impact comes from seeing Cher in this totally unexpected way. Marrying a timeless icon with a cutting-edge sense of creativity, the campaign is a forceful statement of Balmain’s cultural power.