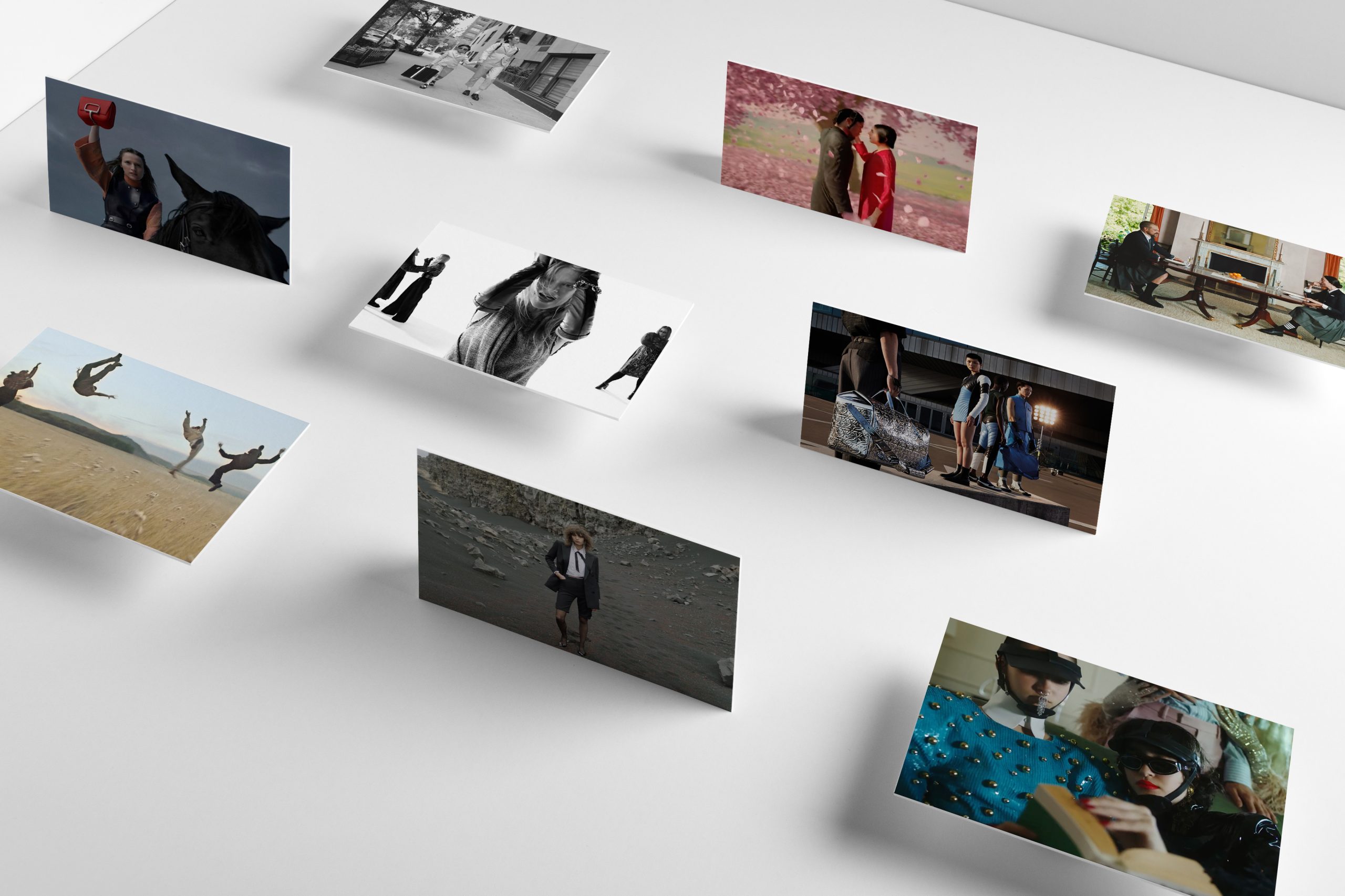 The development and increasing accessibility of technology mean fashion filmmaking is in an interesting spot. Brands can deliver experiences the likes of which we have never seen before – but at the same time, this means that something that plays meaningfully into the familiar can feel all the more impactful.

This season, we saw some of the best of both worlds: Balenciaga, Burberry, and Salvatore Ferragamo pushed things in futuristic directions, while Thom Browne and Saint Laurent took more tried-and-true cinematic approaches that produced emotionally resonant results.

Hermès thrilled us with its epic “The Legend of Hermès Della Cavalleria,” a high-budget stunner that put a fun and feminist twist on fantasy films à la The Lord of the Rings and made sure we will never forget the power of an excellent handbag.

Thom Browne lands twice on our list with a pair of films – one serious and one silly – that explore the subtle worlds of emotion behind the designer’s masterful tailoring.

Mert & Marcus highlighted the psychosexual beauty and sensual intellectualism of Gucci’s Aria collection with a fittingly liberated-yet-sophisticated slice of cinema.

Balenciaga continues to guide fashion into a technological future, and the iconic house takes home our top spot with their digitally rendered film produced in partnership with video-game studio Quantic Dream. Many brands are embracing aspects of virtual reality, motion capture, and 3D rendering, but no one else is doing it with the consistency and thoughtfulness of Balenciaga. Creative director Demna Gvasalia is patiently laying the groundwork for a long-term creative and strategic approach, creating both technical and conceptual frameworks to develop new sorts of narrative and interactive experiences. What’s most exciting to see is the way in which Balenciaga lets these two aspects – the storytelling and the technical medium itself – intertwine.

Here are The Impression’s picks for the Top 10 Fashion Films of Fall 2021 as selected by our Chief Impressionist, Kenneth Richard.