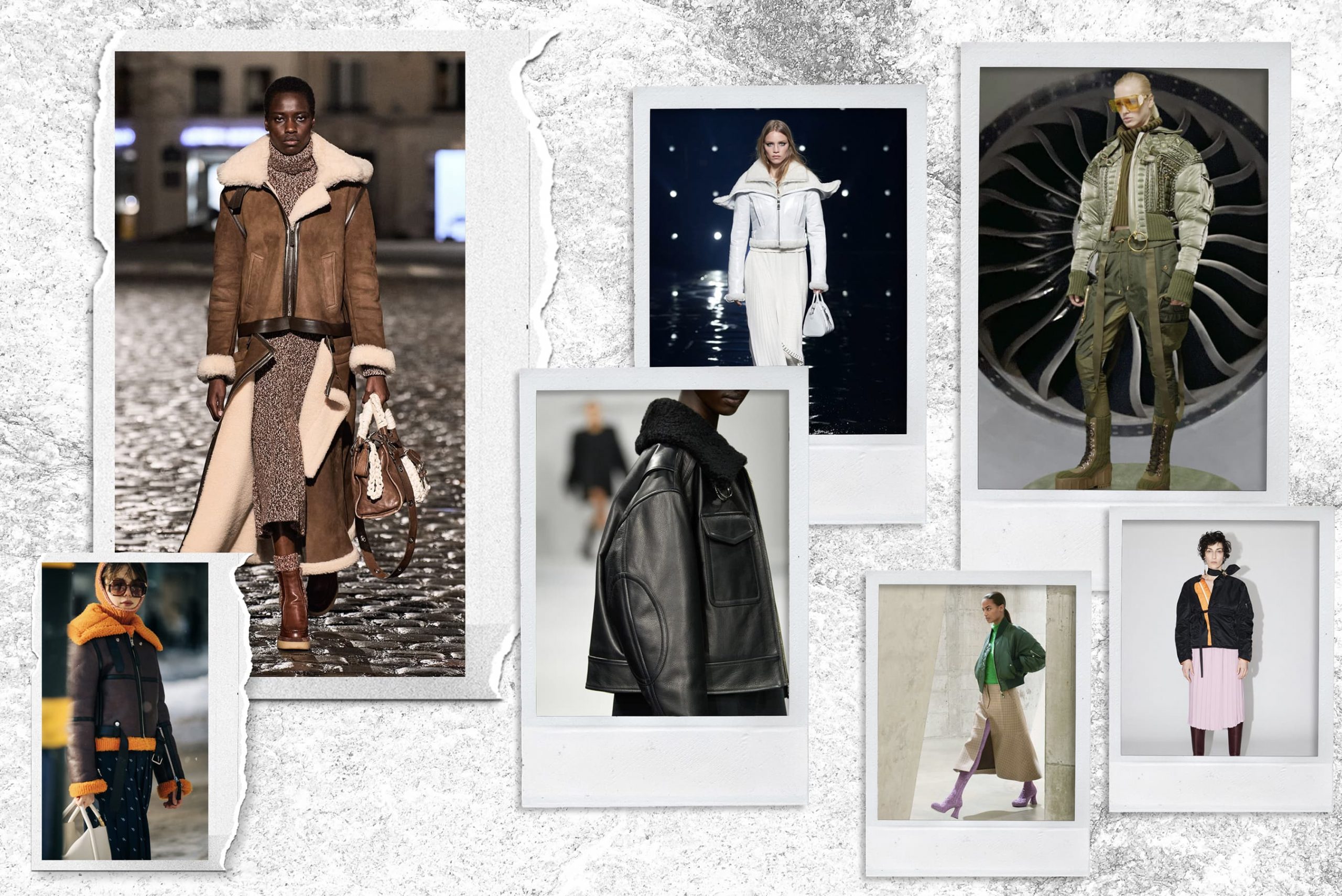 Flight jackets are a key item for Fall 2021. Bomber jackets soar down the runway in perfect formation.

The first flight jackets appeared during World War I, when aviation first became widely used via the Air Force. As most of these planes did not have an enclosed cockpit, pilots needed something that would work hard to keep them warm while remaining flexible and practical. The U.S. Army established the Aviation Clothing Board in September 1917, and began distributing heavy-duty leather flight jackets with high wraparound collars, zipper closures with wind flaps, snug cuffs and waists, and some fringed and lined with fur. The style quickly proliferated and made its way into citizens’ wardrobes, evolving through different styles and silhouettes like the letterman jacket or the bomber jacket.

While we’re seeing some designers put the piece through avant-garde experimentations, many others are sticking close to the style’s origins – though of course with their own creative approach – creating thoughtful pieces that marry durability, practicality, and style.

Max Mara uses the bomber jacket as a key piece in a collection that excellently revives the best of WWI-era style. Fittingly, Balmain’s flight-centric runway show made frequent and varied use of flight jackets. Duran Lantink’s visionary upcycled couture show made excellent use of a few repurposed flight jackets. Junya Watanabe and R13 explored the style’s punk possibilities. Stella McCartney mixes prim playfulness and British austerity for some bomb looks.