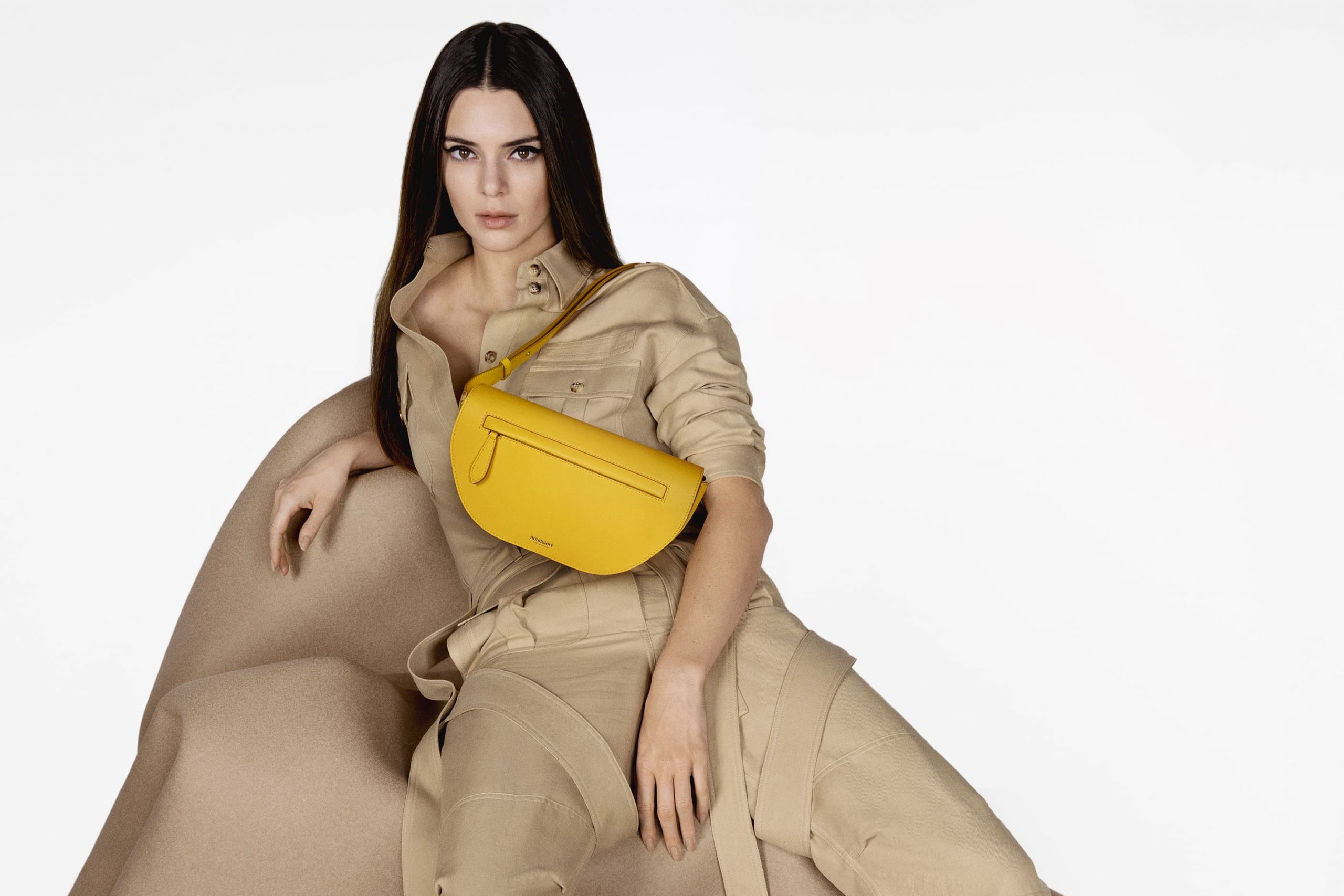 Burberry’s new campaign brings the world of Greek mythology to life. The campaign features Riccardo Tisci’s latest iteration of the Olympia Bag – a signature for the house. Tisci worked with iconic creative talents Inez and Vinoodh, for the photography and video.

The campaign stars FKA twigs, Kendall Jenner, and Shygirl in a series of images and videos contained in a space resembling a contemporary arc of the Olympia. Sweeping curves are lined with statues reminiscent of Ancient Greece, reimagined for a modern era. The three women were chosen by Tisci as they embody feminine energy, strength, sensuality, and freedom of expression.

When designing the Olympia, I was thinking about creating the perfect form of a handbag – something that could capture the essence of femininity. So, for the campaign, I wanted to celebrate three incredible women in my life who embody the power and beauty of feminine energy: FKA twigs, Kendall and Shygirl. These women are amazingly talented and confident, and have a natural fierceness and determination to carve their own paths, each freely expressing their originality through their creativity.

Inez and Vinoodh bring viewers into a stark and quiet world, panning in closer and closer to the statue-like models as they awaken. Trance-inducing flashes emulate lighting, turning up the volume as the statues come to life. The video’s mesmerizing repetition of feminine form creates a scene that feels majestic and strong.

The photography for the campaign plays with the dualities of movement and stillness – hardness and softness. Statues FKA twigs, Kendall and Shygirl, are placed on curved pedestals of fabric set against a hard and minimalistic backdrop of marble and Burberry beige. The images capture fluidity and rigidity, simultaneously.

The beautifully shot campaign and video gratefully remind us that collectively we are all awakening at this time. As the world goes back to a sense of normalcy, we can begin to embrace our strength and freedom of expression again.