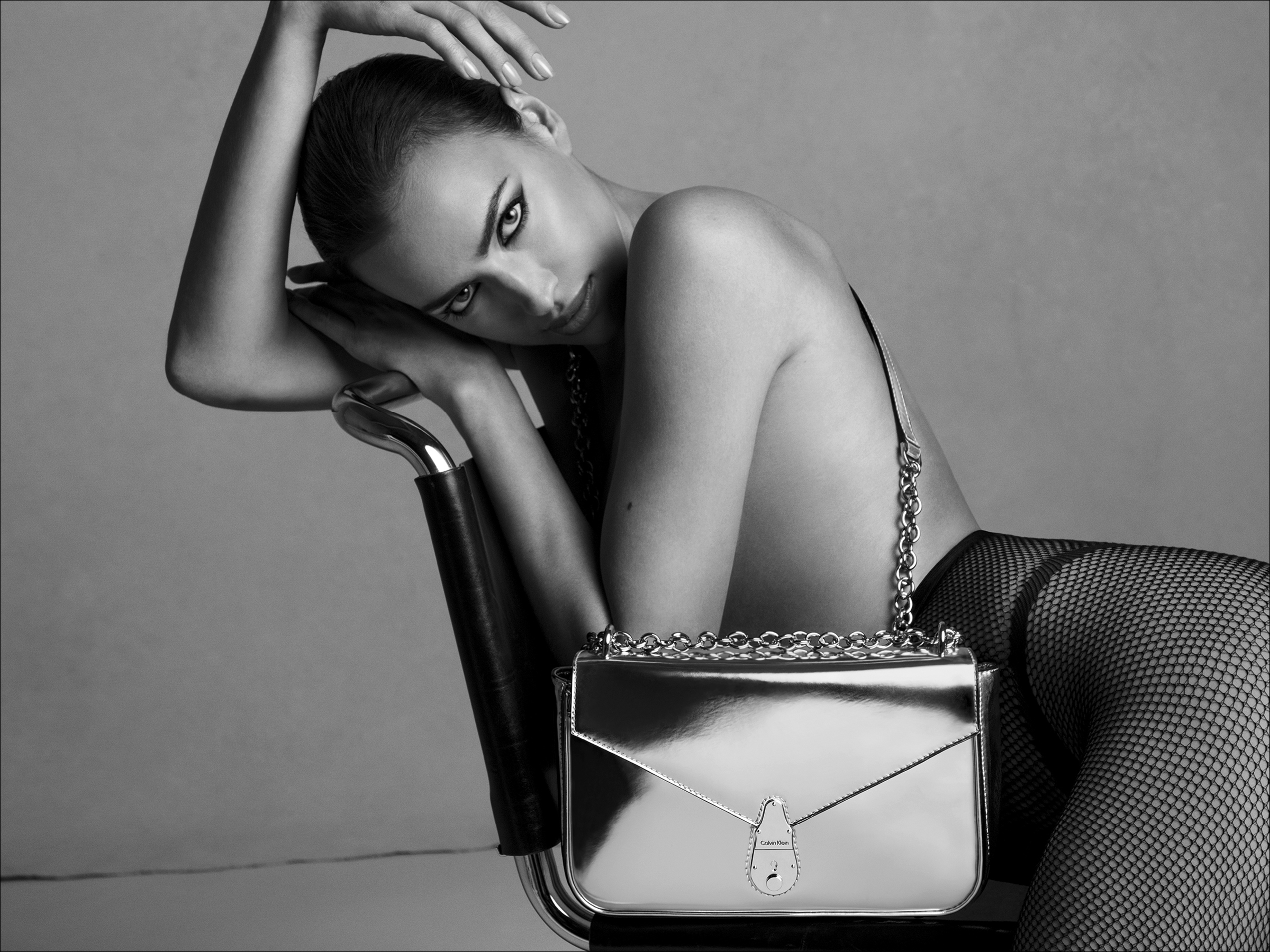 Calvin Klein EVP of Global Creative Cédric Murac is inching closer still to the core DNA established by the founding father with the houses latest handbag campaign by Inez & Vinoodh.

The campaign highlights a key holiday item, the Calvin Klein Lock handbag, and its keyhole which is well leveraged in the short film accompanying the piece. On the other side of that keyhole is a scantly clad Irena Shayk contorting in a stripped back studio setting to showcase the collection.

The campaign has some hits, namely the black and white nudes and the camera movements. It also has some misses in that the keyhole is a ripe opportunity for a story around the subject of voyeurism and ‘behind-closed-doors’ moments. It would be of interest to The Impression to unlock the handcuffs of photographers Inez van Lamsweerde and Vinoodh Matadin and let them play with them for a story that could bring more buzz to the house than any slew of celebrity castings could.

That isn’t to say that the campaign isn’t strong, it just didn’t unlock its potential. And the doors of yesterday maybe forever sealed now that the house has a different set of homeowners. But one can only hope that those new homeowners recognize the foundation is solid and it can be returned to s original feel if they just strip off the layers and let the house breath.