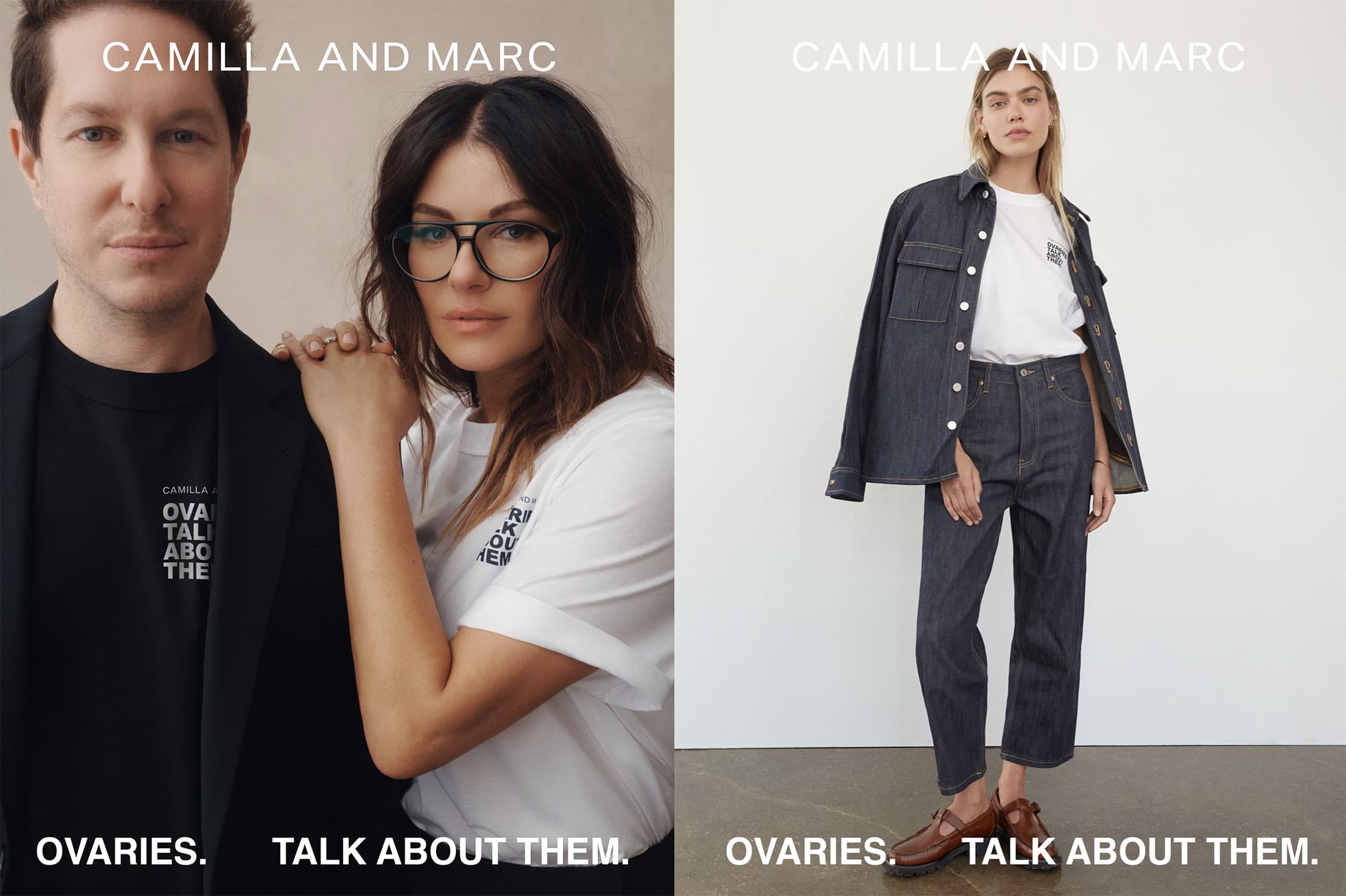 Brother and sister creative director duo Camilla and Marc lost their mother to ovarian cancer when they were young, so the campaign is deeply personal for them. Now they are using their platform to raise awareness for this particularly deadly form of cancer, which is often not detected until it’s too late. Thus the campaign is part of an important push to increase research funding and normalize early detection screenings.

The campaign features portraits and interviews with talented friends of the brand, many of whom have been personally affected by ovarian cancer. In the interviews, they speak to the importance of fostering conversation about the realities of ovaries and ovarian cancer, and the often-overlooked need for early screening. The warm neutral tones of the portraits are finished off with bold and direct art direction that grabs our attention and encourages conversation.

It does feel important to take critical note that the campaign is somewhat trans-exclusionary in its discussion of women as people with ovaries. Not all people born with ovaries are women, and not all women have ovaries. It’s a small detail, but using more inclusive language and casting a non-binary person or trans man would have gone a long way toward not alienating certain viewers and fans – especially when speaking about saving lives. But again, a small constructive detail.

It’s great to see Camilla and Marc use their platform to highlight such an important issue and to change the way we think and talk about ovarian cancer. And it’s already proven to be making a positive change – so far the ongoing campaign has raised over $225k to kickstart further development of an early ovarian cancer test and fund the UNSW Ovarian Cancer Research Group. We are thankful for their work and wish them the best of luck as they continue to spread their message and mission.