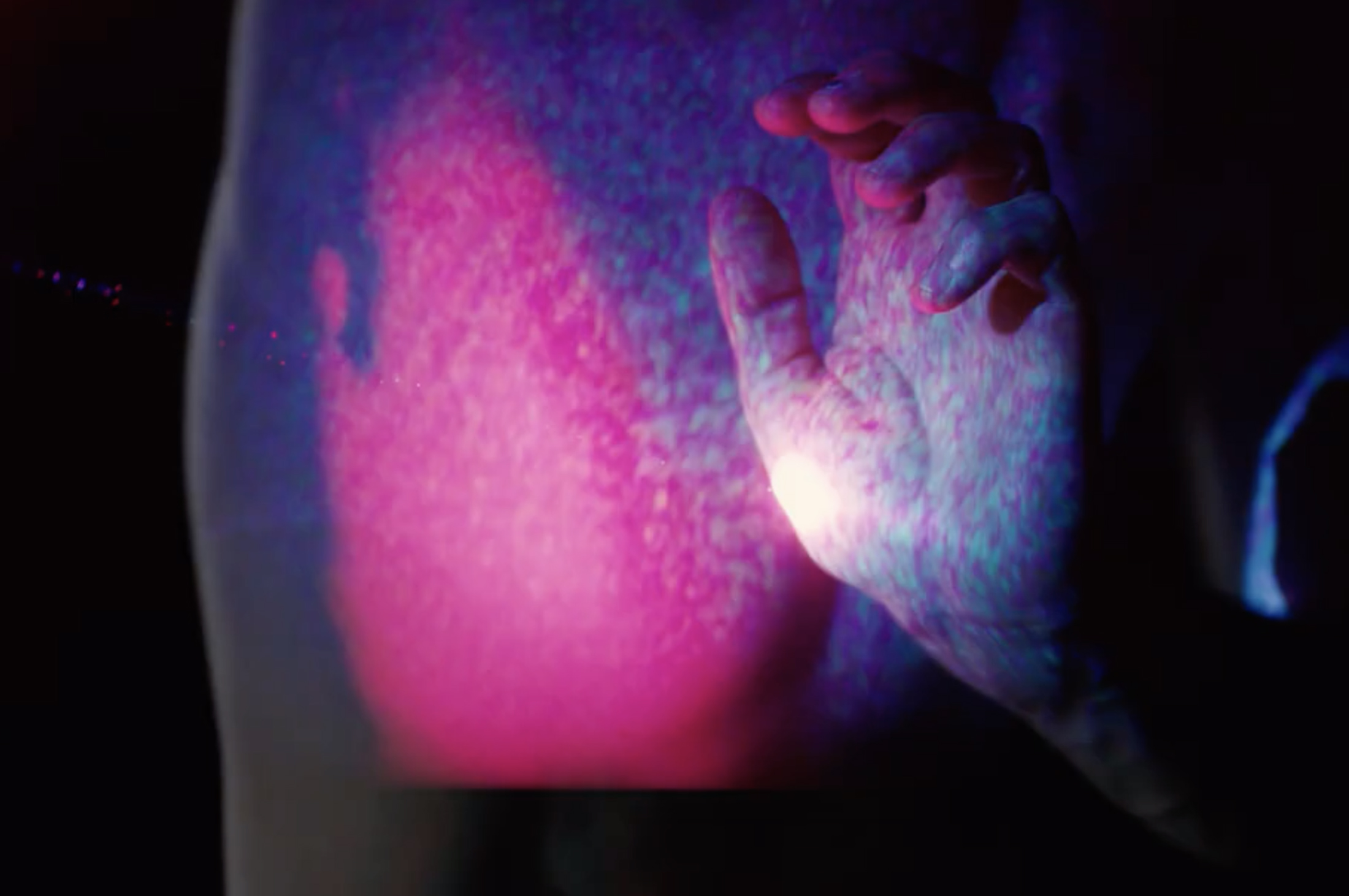 Celine recently released a short film called “Nightclubbing” for one of the brand’s eleven new fragrances from their “Haute Parfumerie” Collection, created by Hedi Slimane. Much has changed in past few weeks since the film was released; with change comes new perspectives that shine a brighter light on the ad campaign film, which focuses on a young man dancing by himself in the dark.

The film was entrancing upon initial release and feels even more so now for myriad reasons. First and foremost, the film shows a single person dancing alone under kaleidoscopic laser lights that bounce off of his arms and torso to fantastical effect. The film was certainly created before the current global health crisis, however, it coincidentally feels like a commentary on how dance parties must happen now and for the immediate future: through the use of video technology while avoiding physical contact with other humans. Fortunately, it is still fun and full of ecstatic energy. The film is also a reminder of those carefree days when people could dance freely with a group of friends, or perhaps even with strangers, and didn’t have to worry about social distancing. Subsequently, the film is more appealing than ever, because this association reminds the viewer of something desirable that they can no longer have (for the moment at least). Last but certainly not least, the film’s execution is abstractly artistic in a way that transcends intellectual analysis. A human form moving to music and illuminated only by flashes of light is a primordial sort of beauty, reaching back to our tribal roots when we danced around bonfires in the moonlight, and thus taps into our universal collective unconscious. We need to access that collective unconscious now more than ever, to find the beauty within the humanity we all share.

In addition to this magical campaign film, the “Haute Parfumerie” is brilliant due to the fact that it deliberately makes no distinction between traditional masculine and feminine olfactory notes. All 9 scents can be worn by either men or women, and instead of being divided up according to the sexes, the scents are split into categories of “Day” or “Night”. Day scents include Parade, Saint-Germain-Des-Prés, Dans Paris, Cologne Française, La Peau Nue, Bois Dormant, Rimbaud, and Eau De Californie, and the Night scents are called Black Tie, Reptile, and Nightclubbing. It is important to note that all 9 perfumes may be worn equally during the day or the evening. Hedi Slimane also designed the bottle that is featured in the short film; with two sides of sharp-edged fluting and a faceted black-lacquered top, the bottle as shown in the film reflects the laser light quite differently than the dancing young man; the former refracts, while the latter becomes a smooth canvas that when frozen as a still image appears almost painterly. Bravo!