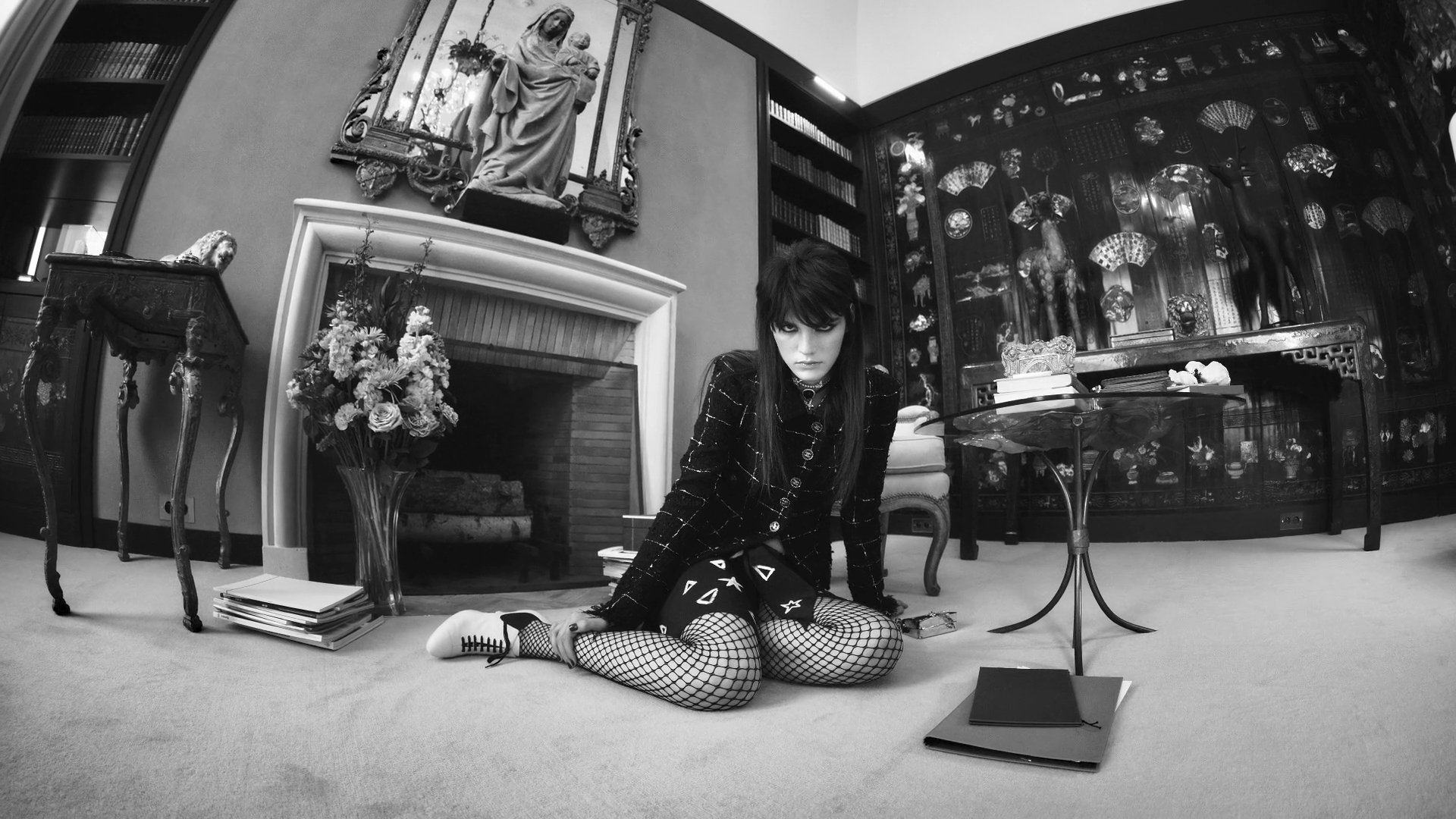 While the film and portraits were released as a preview for the house’s Cruise 2021/22 show, they also function as a campaign of their own – a brief but lovely glimpse into the rich past and present of Chanel.

It is a wise move from the house to leverage the fashion show medium as a touchpoint to build a campaign around.

The campaign was captured at Gabrielle Chanel’s Paris apartment, filled with objects that attest to her history and her artistic connections. Here, the most notable of these connections is to poet, filmmaker, and artist Jean Cocteau, with whom Chanel had a friendship and exchanged correspondence. (The Carrières de Lumières in southern France, where Cocteau filmed his famous “Testament of Orpheus,” forms the setting of the Cruise show.)

Among all this splendor, wrapped in an air of nonchalant sophistication, lounges young model Lola Nicon. Though the apartment may evoke Proust and Cocteau, her hair, makeup, and fishnets are distinctly Siouxsie Sioux. Inez and Vinoodh capture her in black and white, which works to bridge the dual senses of art-film elevation and post-punk attitude. They deploy cameras with fisheye lenses, expanding the sense of space and unity within the lavish interior. Archival audio from a late interview with Cocteau fades in and out between gentle music, finishing off the sense of poetic cohesion.

Simple but perfectly executed, the pre-show campaign opens our senses and minds to the world of Chanel and its newest collection. A strong opening act, it leaves us both satisfied and excited for the main event.