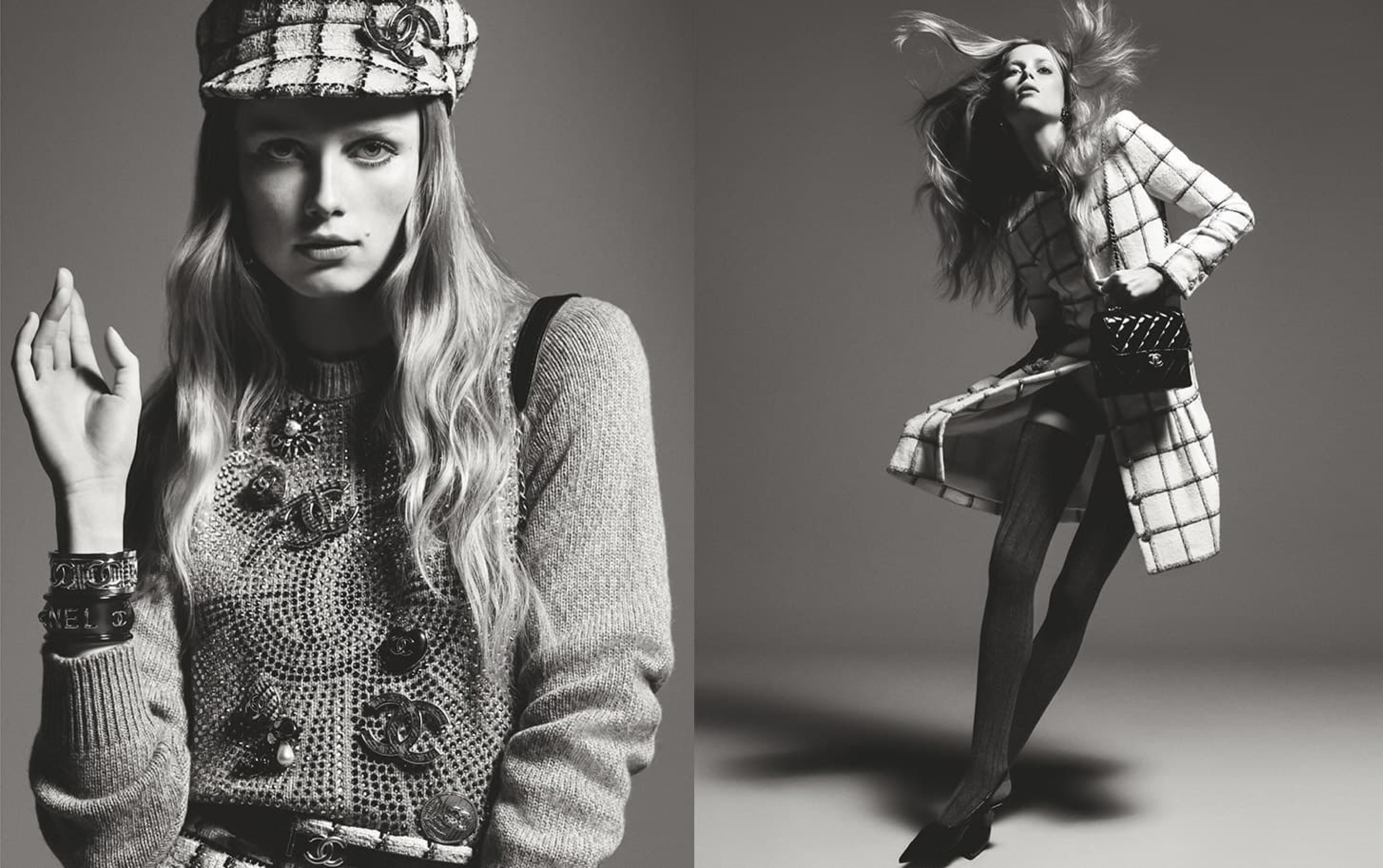 Chanel walks through history with its new campaign for Fall 2022, which was captured by photography duo Inez and Vinoodh.

The collection and its campaign draw inspiration from Coco Chanel’s travels to Scotland, the geographic and cultural origin of the wool tweed fabric that characterizes so much of the designer’s work and aesthetic legacy. “We followed the footsteps of Gabrielle Chanel along the River Tweed, to imagine tweeds in the colours of this landscape,” explains creative director Virginie Viard, “like that of a long pink coat mottled with blue and purple, or a burgundy suit with a delicate gold shimmer.

This is what Gabrielle Chanel would do on her walks through the Scottish countryside: she would gather ferns and bouquets of flowers to inspire the local artisans for the tones she wanted.”

Inez and Vinoodh’s imagery sees model Rianne van Rompaey reinterpret in a modern moment this nostalgically minded atmosphere of romantic and creative solitude. Swathed in fog, illuminated by sunlight, the model haunts the grounds of a Parisian park. Though we can see the city’s architecture in the background, the collection’s inspiration drawn from a poetic and mystical remembrance of travel and history is palpable in the images.

The photographers also set this color imagery side-by-side with more simple black-and-white studio shots, which put a more straightforward focus on the collection, but nonetheless are still full of drama – particularly in conversation with the other narrative portraits. Side-by-side, these two modes of portraiture embody the duality of Chanel’s countryside inspiration and city life.

Channeling the storied legacy of the house’s most recognizable design code, the campaign is an evocative expression of Chanel’s modern mythos.