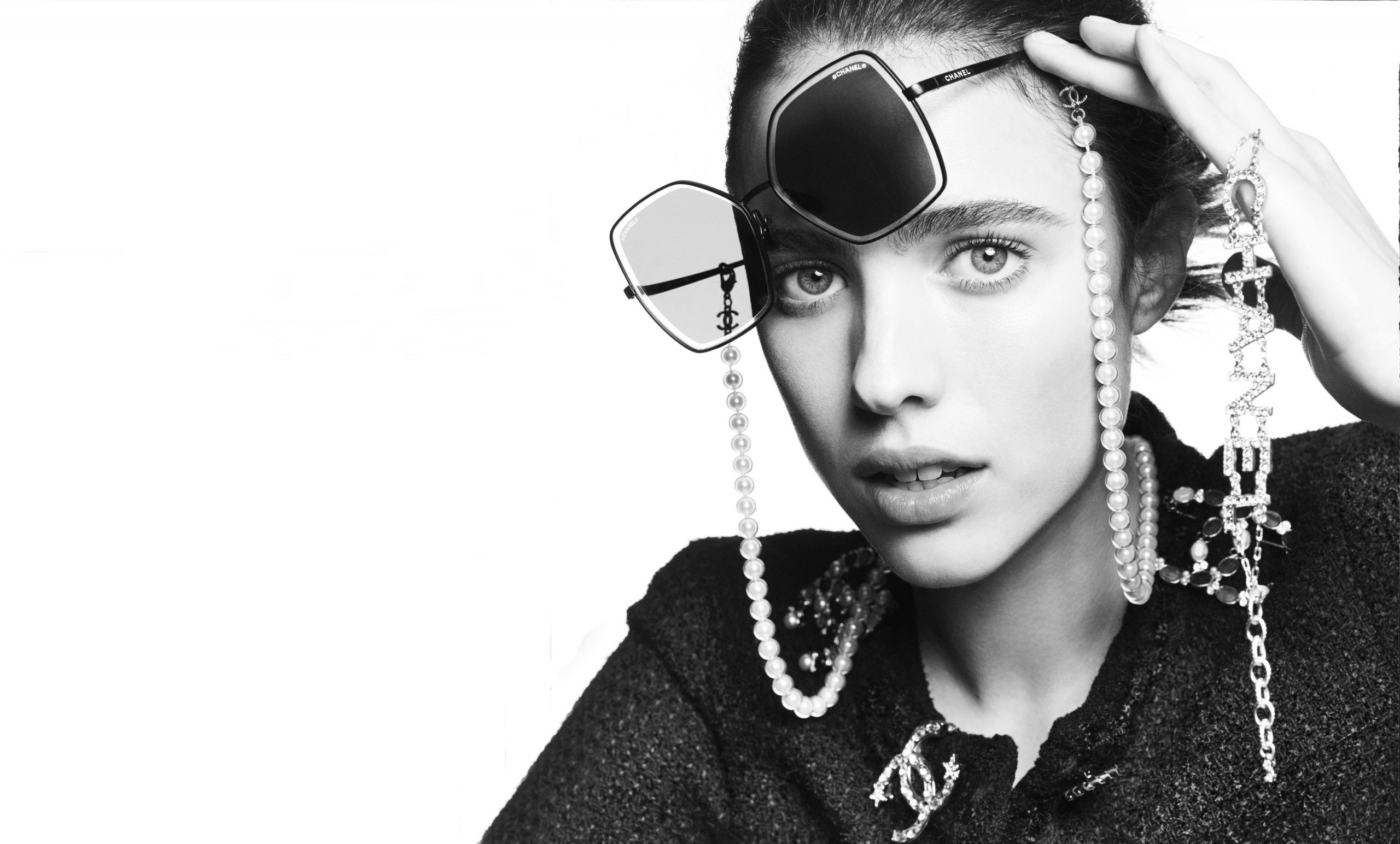 Chanel and Photographer Karim Sadli have come together to document a moment in time, showcasing five celebrity muses sporting enviable eyewear. The featured artists in the campaign are musicians Angèle and Sébastien Tellier, actors Isabelle Adjani and Margaret Qualley, and Chanel ambassador Pharrell Williams, a renowned record producer and acclaimed musician in his own right.

The black and white photography is crisp and well-composed, and the styling impeccable as to be expected from Chanel. Furthermore, with an ad campaign such as this, the casting is essential. Fortunately, the casting is an intriguing mix and that is precisely what makes the campaign special. Each of these artists have formidable talents that shine through in their respective personas, and so each of them is captivating in their own unique way. Sébastien Tellier and Isabelle Adjani are appealingly inscrutable, wearing all black and hiding behind massive shades. Pharell, who graced the cover of GQ this past summer for an article on “The New Masculinity”, gives a little bit more to his viewers with his head turned slightly to one side, and a heart-shaped gemstone prominently displayed amongst other shiny baubles. Angèle and Margaret Qualley both look directly at the camera, Qualley looking rather innocent and Angèle with an absorbingly neutral gaze.

The campaign is inclusive in a way that is often overlooked in fashion, because it has engaged a group of artists that range from age 24 (Angèle) to 64 (Adjani), with Qualley, Tellier and Williams falling somewhere in between. Ageism is prevalent not only in fashion marketing but in Western culture as a whole, so it is refreshing to see a wider representation, which in this case spans a 40 year range. Hopefully, this trend will continue and be expanded upon in the coming decade.