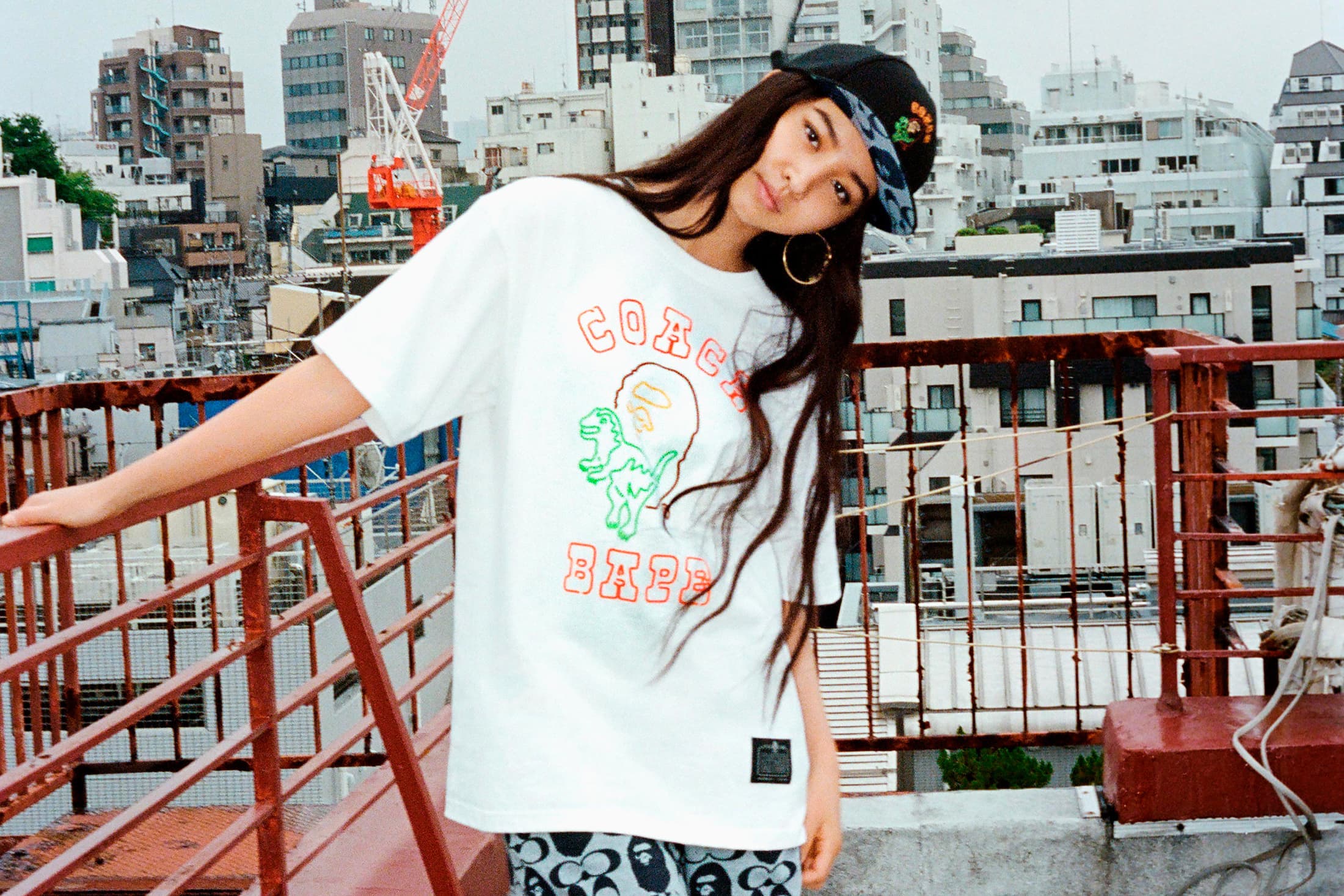 Coach introduces BAPE x Coach, its second collaboration with the pioneers of Japanese streetwear. The campaign features Megan Thee Stallion, Cordae, and Kōki, and was photographed by Sandy Kim.

In 1993, Tomoaki Nagao, aka DJ Nigo, launched his streetwear brand BAPE, in the Harajuku district of Tokyo. The name BAPE or “Bathing Ape”, was as an homage to the film Planet of the Apes and the Japanese expression “a bathing ape in lukewarm water,” which means someone who overindulges. The brand has always maintained its signature style, combining a colorful palette with bold prints. Original patterns and characters such as the “Ape head”, “BAPE camo”, “BAPE sta”, “shark hoodie” and “baby milo”, have all become staples of their collections. The line has now expanded to include men’s, ladies’ and kid’s.

Portland photographer Sandy Kim, know for her raw portraits, shot the campaign with female rapper and songwriter Megan Thee Stallion as the star. Megan has been showcased in previous Coach campaigns, and was named the face of the brand earlier this year. Up and coming rapper and singer Cordae, and Japanese model and songwriter Kōki are also featured. The campaign also includes conversations with the cast to spotlight the creativity that is found in collaboration and how they express their unique attitude in the collection.

The collection itself celebrates the pairing of both brands respective hometowns, New York and Tokyo, with a collection of ready-to-wear, leather goods, footwear and accessories. Bags, hoodies and t-shirts have all been printed with a limited-edition pattern – a reimagined Coach logo interspersed with BAPE’s signature “Ape head” character.

BAPE has partnered with many notable celebrities and established brands like Kanye West and Pharrell to Pepsi and Nintendo. One of their most popular collaborations is the adidas Ultra Boost 4.0 BAPE Camo. These collusions have been referred to as genre-less and flexible, and not limited to fashion and apparel categories only.

The BAPE x Coach collection has pieces ranging from $95 to $450, and will be available for purchase on July 24 in select Coach stores and online.