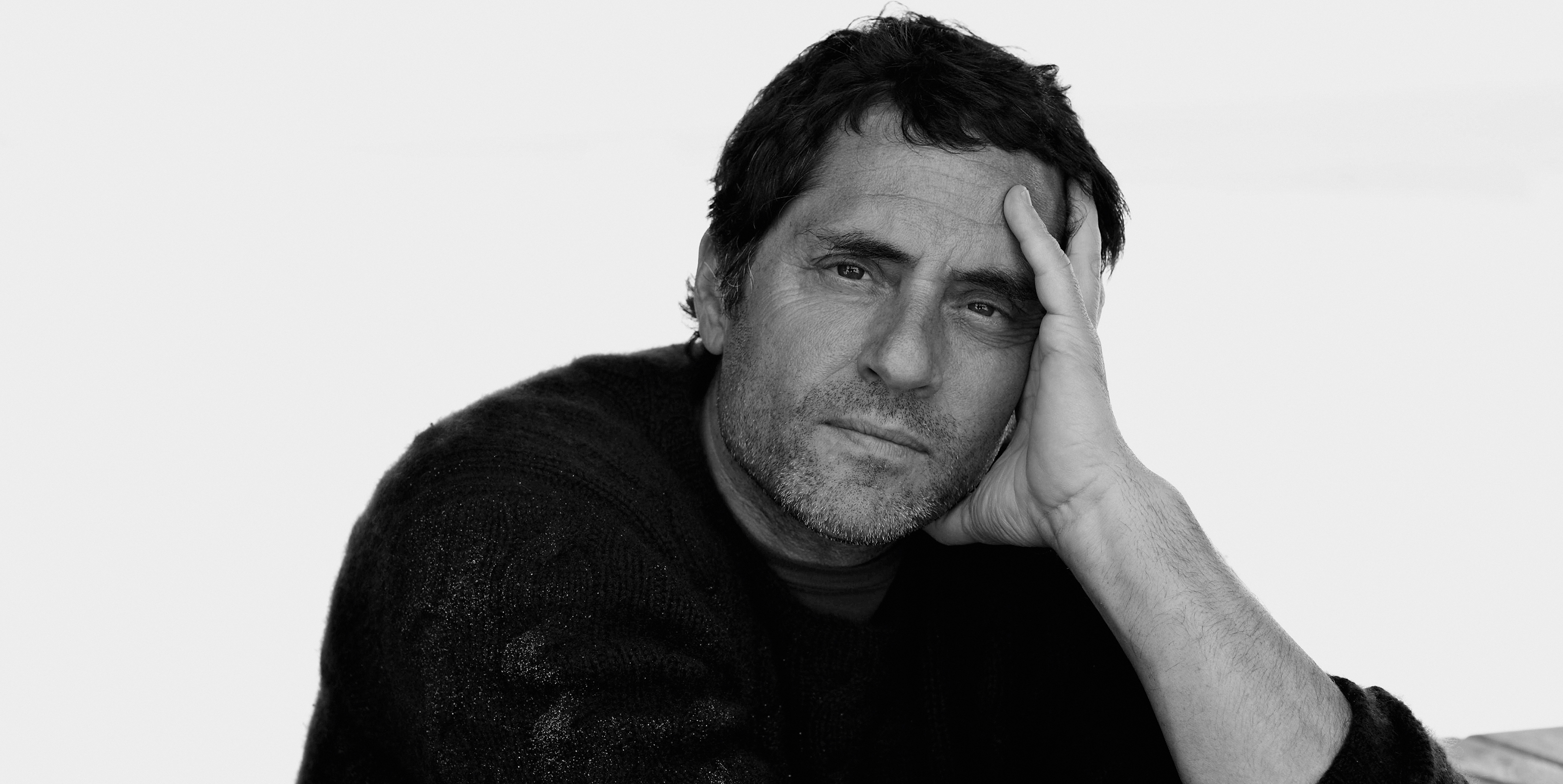 Photographer, artisan, provocateur, Chief Creative Officer David Lipman wears many hats as founder of Lipman Studio. Those hats have been worn around the world while developing cutting edge creative, helping houses cut through the clutter to stand at the forefront. Be it teaming with the likes of Peter Lindbergh with Kate Moss for David Yurman or shooting campaigns himself, Lipman leaves a lasting impression on the industry, helping houses such as Burberry, DeBeers, Dior, Fendi, La Perla, Nina Ricci, Ermenegildo Zegna, Hudson, and Diane von Furstenberg along the way.

Kenneth Richard: David, thanks for coming in to chat about the state of affairs. This is your second go around at building an agency. How is it the second time around?
David Lipman: The first time was hard, and the second time is just as hard. What we do was never made to be easy.

In the past, perfection was the key. Today, speed is the key. So, when you’re used to perfection – studying, thinking, plotting, creating – how do you do your craft when there’s such an overwhelming need for so much content in a short amount of time? How do you keep that quality of messaging on multiple channels and multiple levels? Part of it keeps me up at night, and part of it is fun.

That’s the excitement of it, to unlock a mystery that we don’t understand yet. We used to pretend to understand, even though we didn’t. But we used to understand more of where we were going. The channels were more defined and now they are simply vast. We need to be able to feed those channels and not get lost along the way.

Today, what happens is we wind up using buzzwords that everybody gets caught up in, like “authenticity.” I don’t think people really understand what that means. I love what Glen Luchford and Gucci did with their ode to the 60’s revolution video because it hit a nerve with me. But when I looked on YouTube, and it only had 127,000 views, and I got disappointed.

I did a video for Hudson Jeans with Georgia May Jagger, and she said, “My mom is Jerry Hall, my dad is Mick Jagger. Some people say I have great genes.” In three days, we had 16 million views without trying. Now, I see something that I think is a masterpiece and only 127,000 people have viewed it.

I think Alessandro is a genius; the video prompted me to personally spend thousands of dollars at Gucci. It was the day before Mother’s Day, and I’m probably the only ex-husband that goes and buys thousands of dollars for his ex-wife. But I went completely overboard because of the film. Essentially, the film got me to the store.

Kenneth Richard: If the pendulum was on quality, has it now swung all the way toward speed or is it still heading that direction?
David Lipman: I think it’s just going to get faster. Therefore, we have to be faster. I believe we have to become more tolerant. We make more mistakes than we ever have,and we must let the mistakes come and go.

We’re overwhelmed with the amount of work because technology allows us to do more. But the amount and speed are not the only challenges. It is the breadth. Today, just to get through a day, people now have to communicate on multi-platforms. We have emailing, text messaging, direct messaging, Snapchatting, talking on the phone, Go-To meetings, Skype, WhatsApp, and WeTransfer. As humans, we have little capability to handle all of this. Young people today don’t have the pleasure that we had of focusing. They’re scattered like crazy. There’s a contradiction of how to make that all work, and how to become aware of it. Therefore, mistakes happen and what we have to realize is that mistakes are the greatest things that could happen. Instead of getting hung up on the mistakes, my role is to teach, get closure, and move on. It won’t last. An ad in the magazine today is not worth what it used to be. If you don’t hit them in the moment, they look at it and make an impression, you’re missing the opportunity.

Kenneth Richard: Breaking through quickly. Back to speed. Are there any new rules?
David Lipman: Plenty, but most of them are sad.

Kenneth Richard: How so?
David Lipman: It is a conservative time. I get rules before I even start thinking. “You can’t be nude here! You can’t be that!” They are operating out of total fear.

If you start that way at the beginning, you’ll never break through the clutter. I still break the rules because that’s who I am. Of course, we’re going to get some black eyes for it. But now is a great moment to break the rules.

Kenneth Richard: How do we take that into branding?
David Lipman: It’s challenging. You get yelled at a lot. But it is totally normal. Getting yelled at, getting beat up, and getting fired are all normal circumstances for me. I never was any other way but that.

Kenneth Richard: Is it about finding the right client who has propensity for risk?
David Lipman: No, there’s only a few that will do that. You won’t find it. You’re just going to have to do it, risk what you do, and not be the richest man on the planet. You won’t make the most friends, but the ones who will take that leap of faith are going to go places.

I do believe that brands that really care for their environment, brands that care for the consumers that buy their products, brands that just truly care, will win. I think young people want to attach themselves to brands with a heart and with goodwill built into them.

I’m not talking about sustainability. We’ll buy something because it makes us feel good, and it might not be sustainable. If a brand really has a heartbeat, I think it goes a long way.

Remember when Nike had all those problems with their supply chain in China? That’s a brand that really cared. They analyzed what was going on,and they gave a plan to the public for how they would fix it. As a consumer, it made me love Nike because they were working to figure it out. They knew they couldn’t stop selling sneakers, otherwise they would go out of business. So, they had to continue making sneakers, but fix the problem. They couldn’t fix it overnight, so they presented a timeline. It came from Phil Knight. I respected Nike for this. Looking at my kids today, if a brand cares, they like that brand.

Kenneth Richard: David, thank you for sitting down and sharing.
David Lipman: I love the magazine, you know that. Thank you.