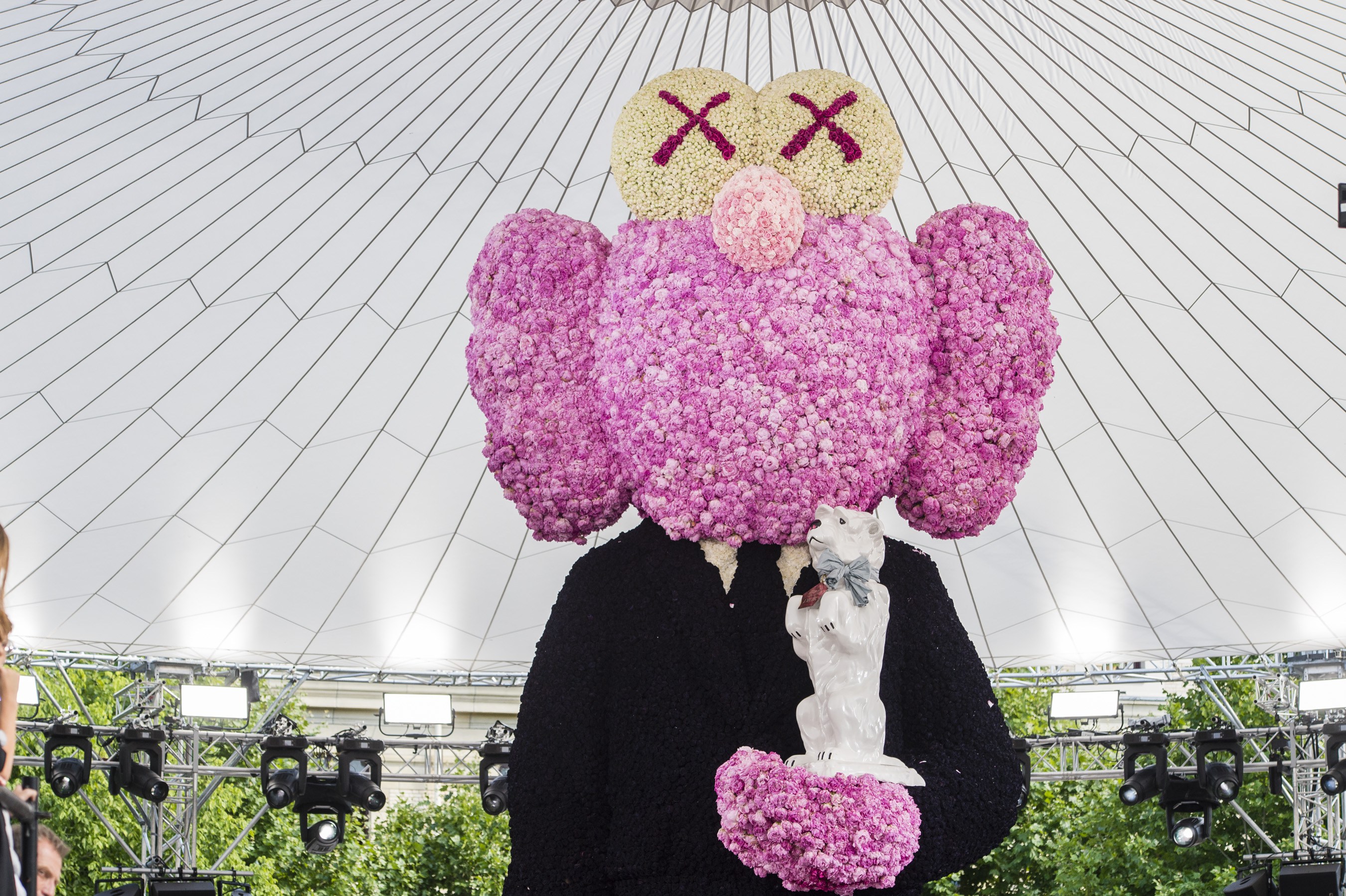 Kim Jones chose to debut his first men’s spring 2019 collection for the house of Dior Homme at the barracks of the Republican Guard cavalry regiment in Paris.

To kick off Jone’s new era at the house, the designer teamed with New York artist KAWS (real name Brian Donnelly), who created a 33-foot-tall sculpture made up of 70,000 flowers, representing founder Christian Dior and his dog Bobby. Jones, who has long been a fan of the artist’s cartoon-like characters, also commissioned KAWS to add his graphic hand on the houses’ iconic bee iconography. Before the show Comes shared that he thinks KAWS is one of this generation’s most important creative figures: “Everyone loves his work, they understand it, it’s easy, it’s great. So I commissioned him to do the bee and also the set for the show.”  To help tease the show the house posted a series of celebrities holding Dior-wearing KAWS’ BFF stuffed toys.

Jones reflected on his debut saying “It’s my impression of what the house is.” He dove into Dior’s archives looking for inspiration linked to the two facets of the house, the myth that women embody couture history, and the man is known for his love of flowers and his dogs, as well as his close friendships.

Perhaps Dior Homme is soon to be mans best friend.