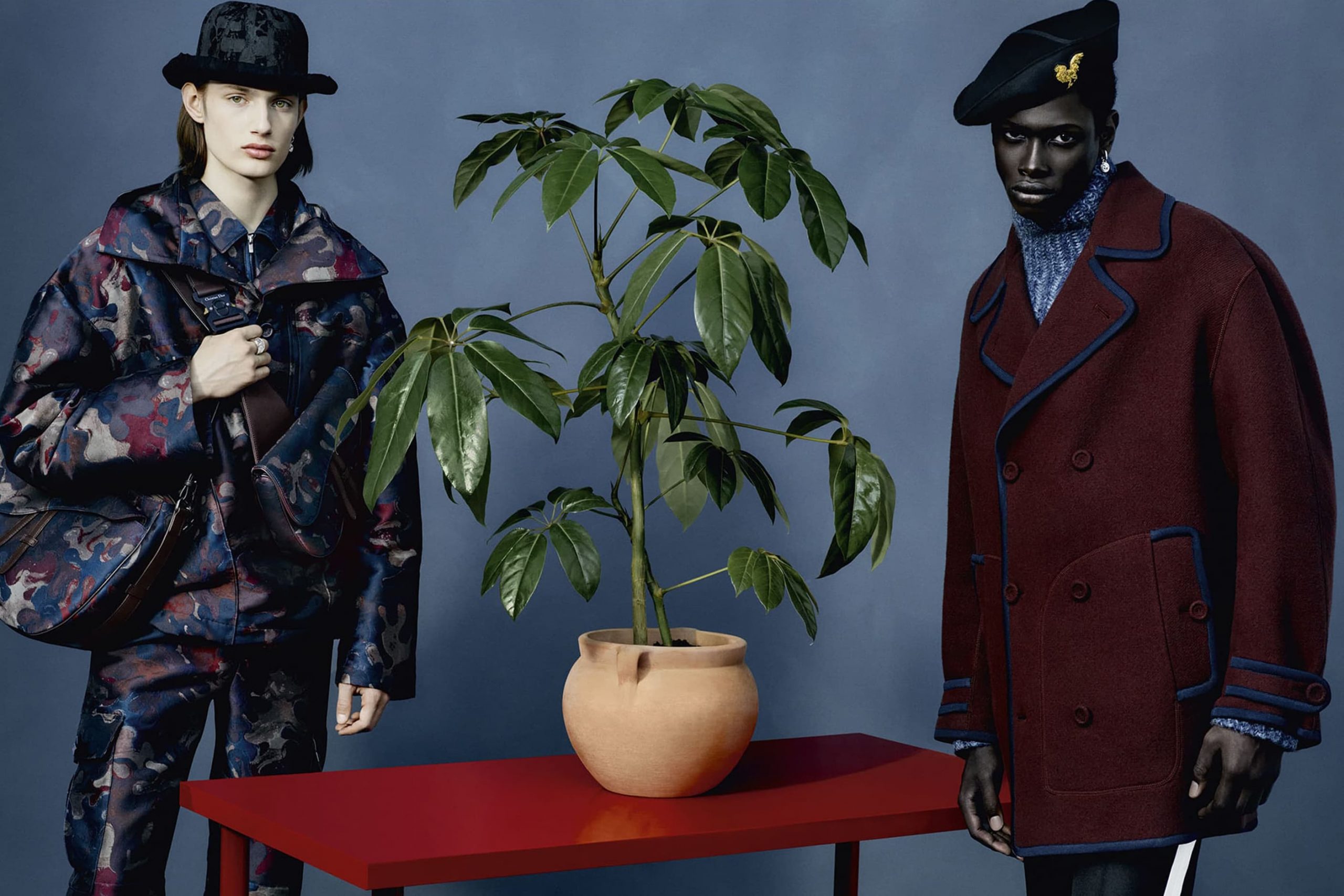 Jones’ design work mixes traditional uniforms of masculinity with a vision of dreamy surrealism to create a visual language rife with symbolism, irreverence, and heroism. A strain of French military dressing runs throughout, especially apparent in the jackets and berets. But Jones’ elevated use of textiles, coupled with his work with contemporary Scottish painter Peter Doig for the season (some of the looks are drawn directly from Doig’s paintings), introduces a playful and subtly psychedelic otherworldliness, most easily detected in the series of colorful knits. The combination makes for a concept of menswear that reappropiates rigid symbols of performative strength and masculinity, and imbues them with a sense of the infinite and the new to transform them into a vessel for freedom and expression.

The campaign imagery further dives into the medium of painting.

Pavarotti’s photographs have the compositional sense of a master painter. He and Cooke Newhouse work together to imagine a series of portraits that seem straightforward at first – but they reveal their depths as we dwell on the muted color palette, intentional and minimalist prop choices, and inscrutable attitudes of their characters.

The photographs are like paintings, with a color palette inspired by Peter Doig’s universe. It’s a mix between modernity and poetic melancholy.

The campaign is indeed melancholic and introspective, inviting us ever deeper into its nuanced visual and emotional realm. But if we can rise to the challenge and meet its gaze, we find ourselves rewarded with work that also feels joyful and uplifting. It’s an intriguing balance that the creative team paints with beautiful strokes.