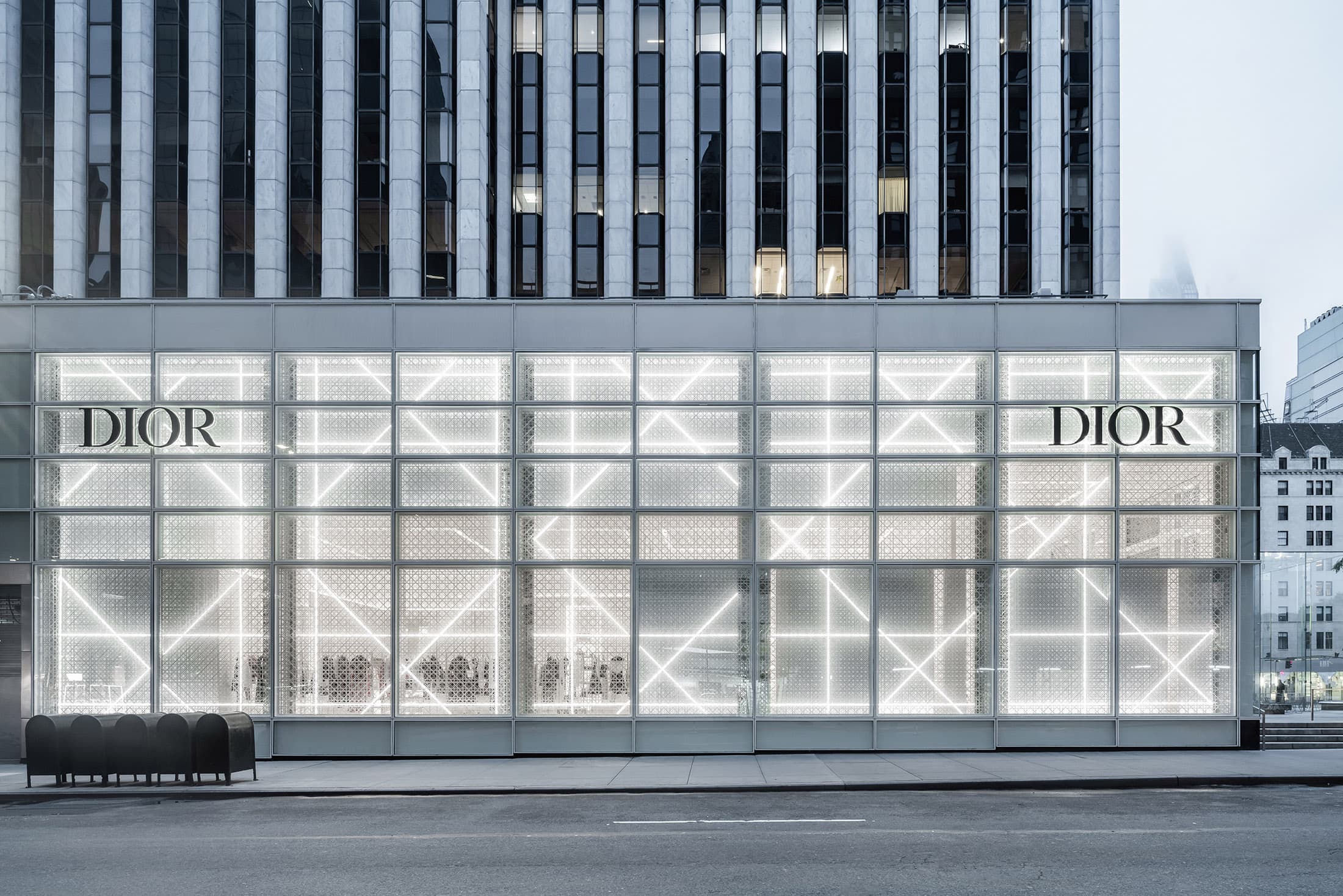 A new Dior boutique has opened on fifth avenue, across from the iconic Plaza Hotel. The temporary store will be operational for approximately 2 years as the Dior flagship store on 57th Street between Fifth and Madison Avenues, is undergoing renovations.

The two-level, 6,480-square-foot space boutique is a fusion of emblematic Dior codes and French tradition. The wooden interior, is in light silver and off-white tones accented with beige and pale blues, and then softened with furniture in the neo-Louis XVI style. A 20 foot high Cannage patterned dome consisting of different layers and scales, and is lit to create a see-through effect. The pattern is also replicated on the Versailles inspired parquet oak and polished concrete flooring, on the windows, and with the lighting on the exterior of the building.

The store will carry a full array of Dior wares, including leather goods, footwear, ready-to-wear and fine jewelry and timepieces. The men’s and women’s windows draw inspiration from the sets of Dior’s winter show, with the women’s window created in partnership with French artist Eva Jospin.