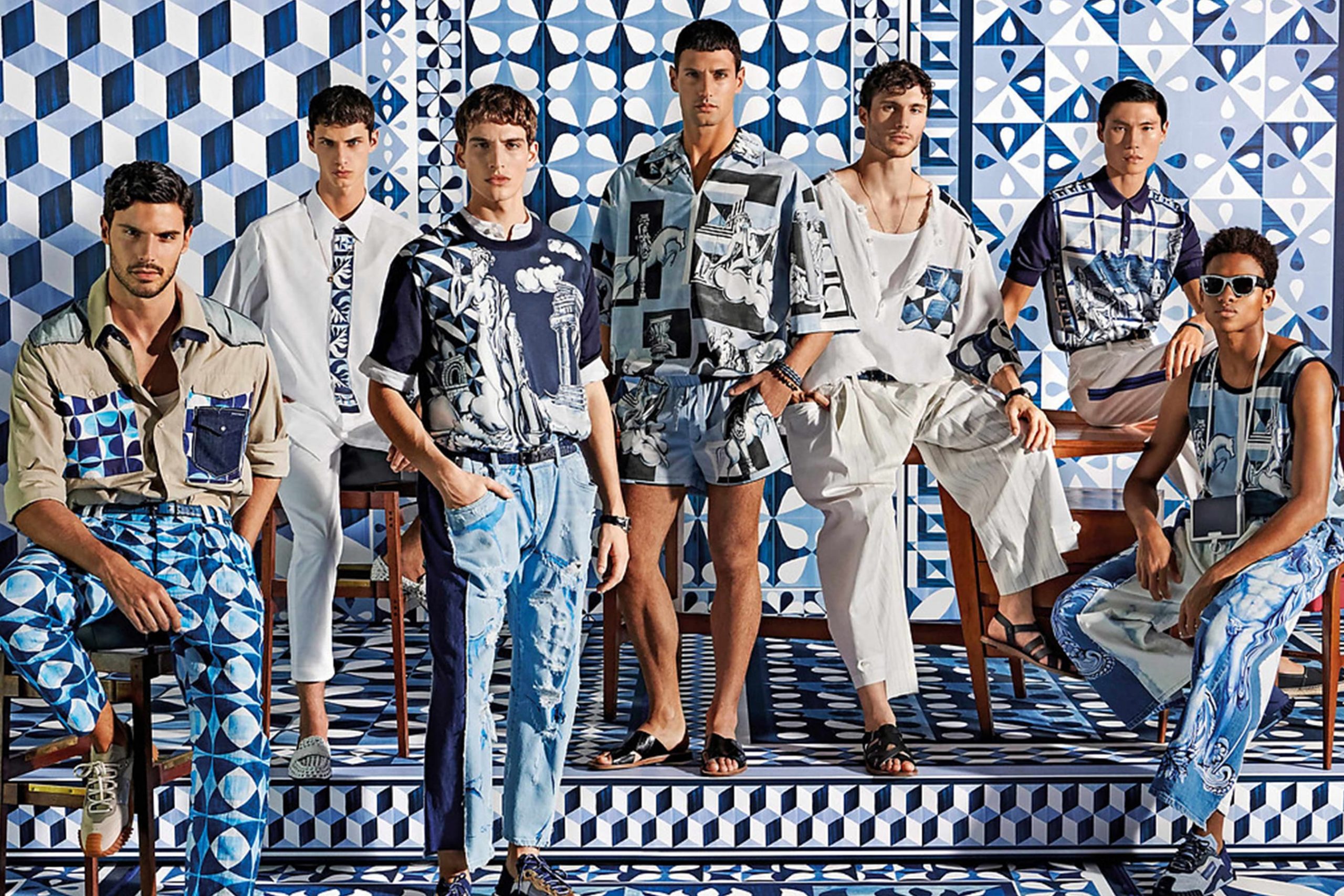 A new campaign from Dolce & Gabbana summons all the heady texture of spring break on a Greek isle. Like the women’s campaign, which also features photography by Branislav Simoncik, the Spring 2021 men’s campaign uses dizzying visuals to saturate its viewer in color and pattern.

The men’s campaign feels like a response to or alternate version of the women’s campaign. It is quite similar compositionally, but with a few crucial changes: while the women’s campaign went for total maximalism in terms of color and pattern, this one is more focused. It limits its usage of color to a palette of white and light and dark blue, and its geometric patterns all feel directly inspired by Greek tile work – a reference to the collection’s Greco-Roman inspiration.

But the campaign does still offer a high level of visual intensity, and asks a lot from its viewer. The patterns merge, clash, and mingle, each image confronting us with a rippling vortex of men and blue. It is difficult, but if we can manage to slow down and take in the details, we won’t be disappointed.