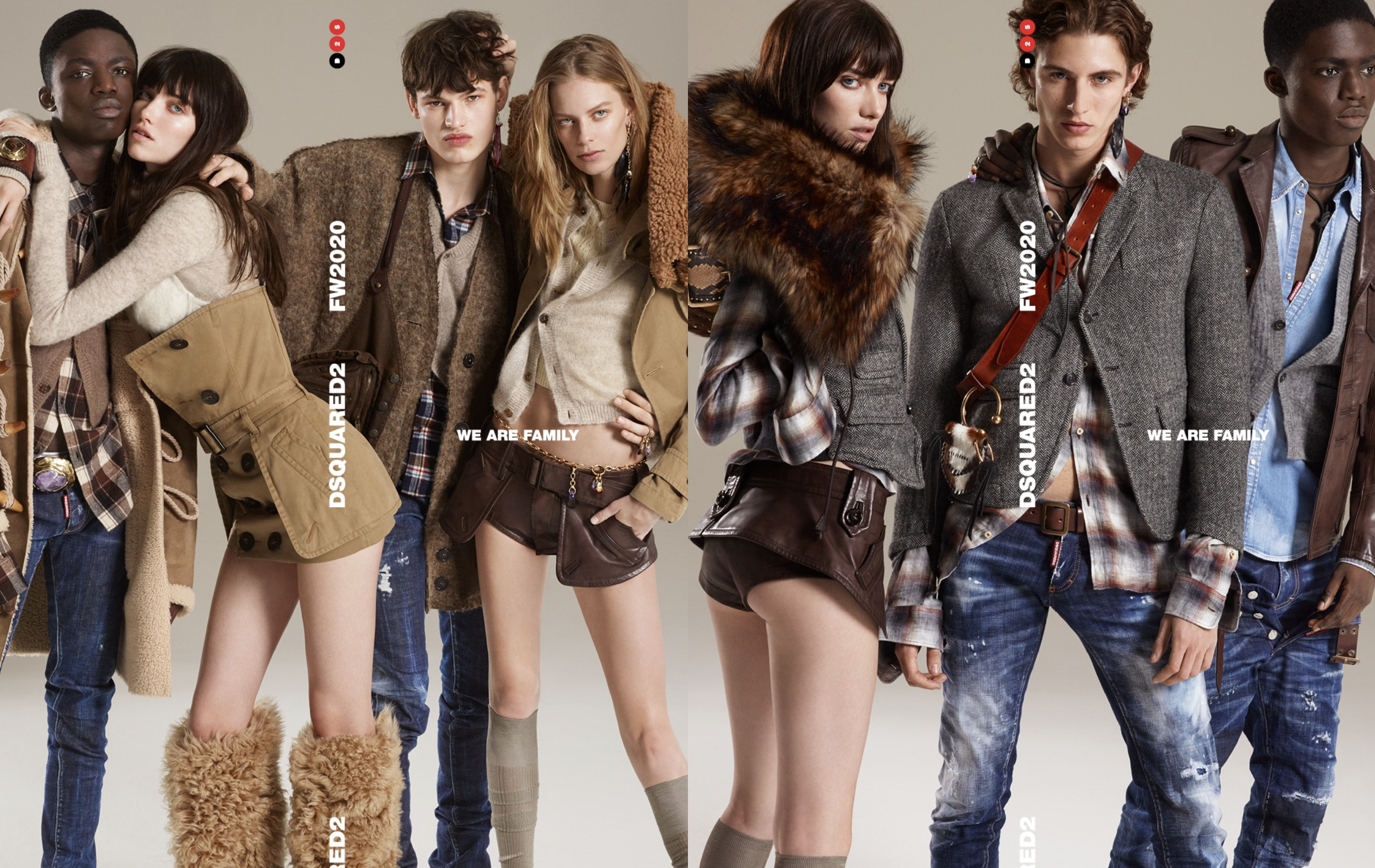 A celebration of the brand’s 25th anniversary, Dsquared2’s Fall 2020 campaign parodies reality television to explore ideas of family and connection. With creative direction by Giovanni Bianco and artistic direction from the duo of Mert Atlas and Marcus Piggott, the campaign balances a strange but seductive mix of wholesome and edgy.

The short film is conceived as an episode of “D2 Family Fratello,” a reality show which falls somewhere between Big Brother and Keeping Up With the Kardashians. Hidden cameras capture all the drama and fun that goes on in the chosen family’s colorful apartment, while interviews reveal how the fictional cast members really feel about each other. The film playfully conjures that reality show energy where you find yourself somewhat uncomfortable, yet unable to look away.

The photography side of the campaign, also by Atlas and Piggot, functions as a series of portraits and ensemble shots of the cast. Across color and black-and-white film, and in various states of (un)dress, the Fratello family brings a haughtily seductive but playful energy.

Though the campaign doesn’t take itself too seriously, its celebration of togetherness and acceptance is an important one. The possibility of a chosen family is especially essential in LGBTQ communities, whose members may be ostracized from their biological families. In this connection, the campaign’s open depiction of free love and same-sex eroticism is also great to see. In emphasizing these important progressive values while also being breezily entertaining and fun, Dsquared2 has created a campaign that feels like a dual success.