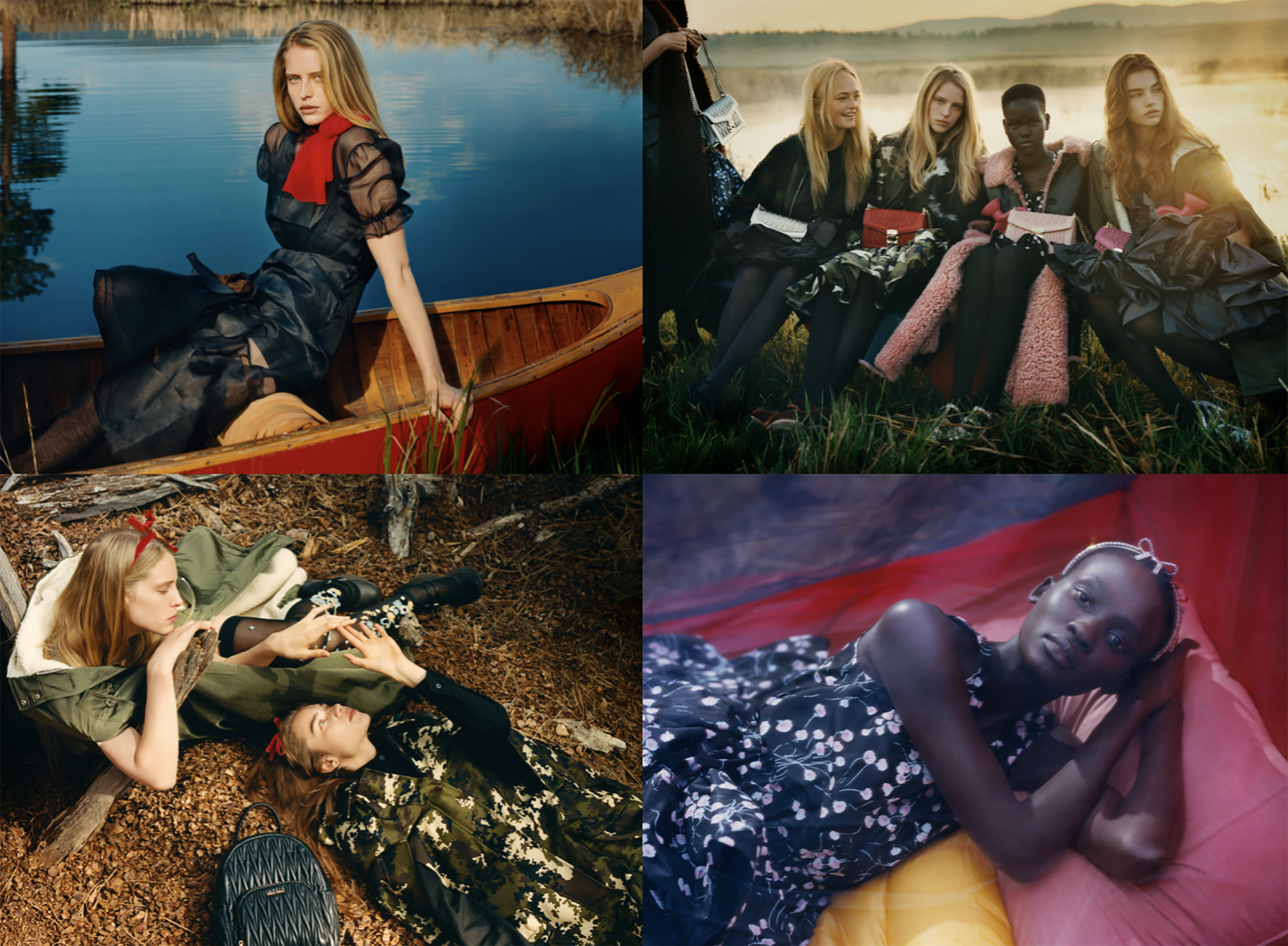 Miu Miu believes in empowered youth. The Miu Miu FW 19 campaign highlights a gang of women, a sisterhood, as they discover themselves and the world around them. The campaign, captured by Eddie Wrey, is set in the Montana state countryside. The landscape speaks for itself. It reveals an unfettered world of infinite possibility. It reveals a drive for adventure, freedom, and wanderlust, a drive that youth know very well. Katie Eleanor Grand has art directed a campaign that captures a sisterhood of women in the present, while bonding them in past and in future. These women are captured spontaneously, in intimate moments of laughter and touch. With each other’s support, no one can take their land.