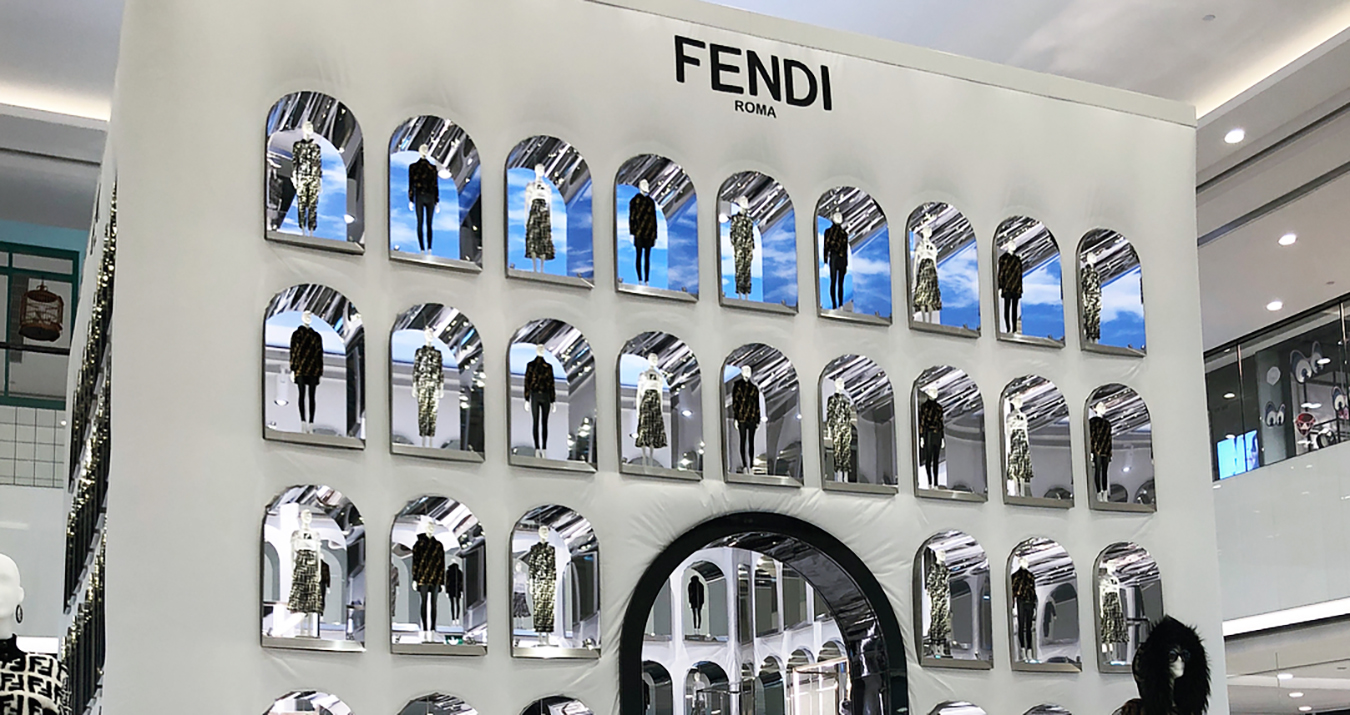 For Fendi’s launch of their new Dubai Mall, the house took the idea of ‘pop-up’ literally in building a Pop Up to showcase its FF Reloaded Capsule Collection in the Dubai mall atrium.

Inspired by the houses headquarters, Rome’s Palazzo della Civiltá Italiana, the creative team embraced the New Classical architecture of their offices which were commissioned by Benito Mussolini in 1935. The six-storey Palazzo della Civiltà Italiana was intended to be the centrepiece of Mussolini’s new Roman empire, but was abandoned due to his involvement in the second world war. The building was left in a state of disrepair, being used only briefly by a state labour institute before Fendi brought the building back to life in 2015.

That life spread to Dubai as the house found a new vehicle to showcase but their collection and their corporate headquarters, a ‘pop-up’ display featuring miniature looks from the collection. Fendi succeeds not only in engaging visitors at the Dubai Mall with its lifelike display that mirrors the Palazzo della Civiltá Italiana but also in providing a detailed look into the pieces in the collection.