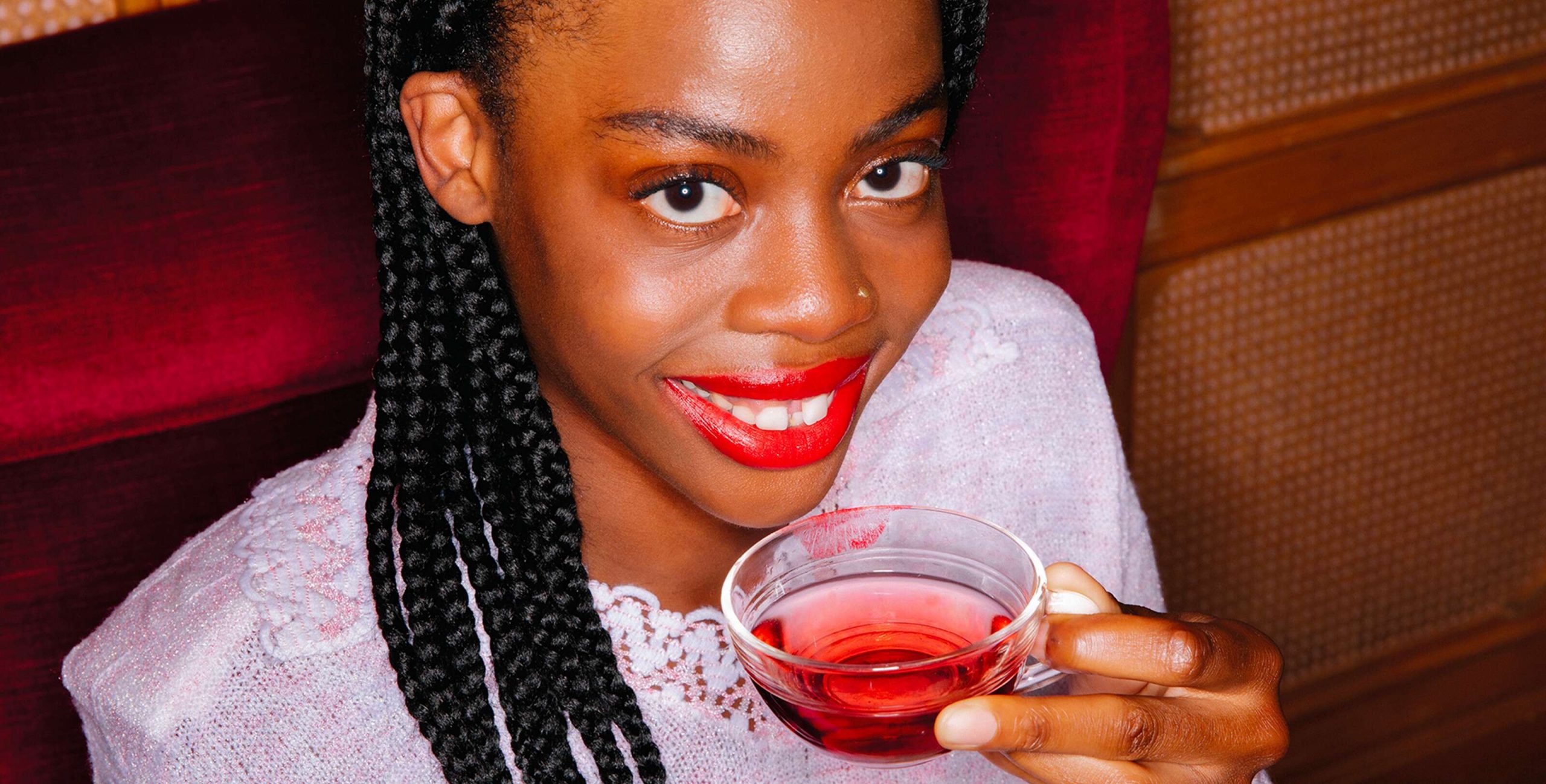 Recalling the red lipstick Michele saw on the lips of self-assured women when he was a child, the shade is inspired by legendary Hollywood character Goldie. The starred 25—which also appears on the label—is a reference to the creative director’s lucky number.

The campaign is composed of three very brief films, which seem geared toward Instagram stories, and a richly colored series of photographs. The films feature catchy jingles inspired by vintage commercials. Goldie Red 25* becomes more than just a shade of lipstick; the bright red spills out into the world and becomes repeated across various objects: a phone, a harmonica, a cup of tea, and even ketchup.

At the same time that they make effective use of vintage-inspired imagery, Gucci continues to defy outdated beauty standards.

The campaign showcases a colorful variety of people and personalities, united by their free love of luscious lips.