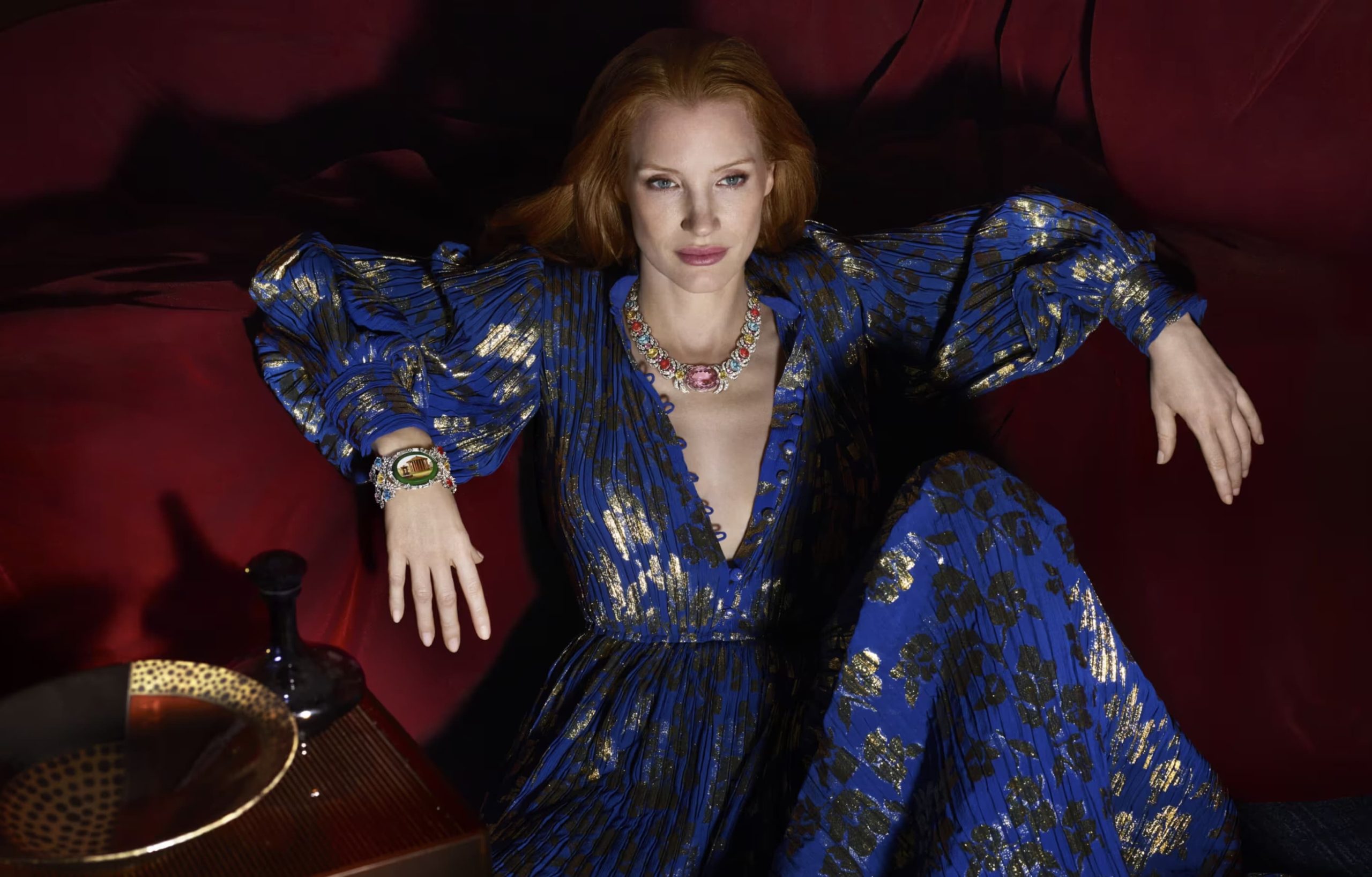 For his third Hortus Deliciarum collection, Gucci creative director Alessandro Michele was inspired by the idea of mementos from a voyage – in particular 18th-century Grand Tour trips, the tradition for young people to take a tutor-guided journey around Europe as a sort of educational rite of passage. The designs weave together history and myth, referencing iconic cultures, locales, and architecture in a meticulously considered synthesis of traditional craft and modern imagination.

In the campaign, Chastain portrays a sort of mythologized heroine who has taken such a journey, a collector of mementos and memories. Captured in decadent, cinematic style, the kaleidoscopic and perhaps slightly voyeuristic camera work of the film and photographs reveal a character who revels in the luxury of memory. Both the elegant, jewel-toned styling and the set design of the ambiguous space serve to draw out the character of the maximalist jewelry collection, allowing the narrative to function as both a literal look at a character in her home as well as a more metaphorical or symbolic illustration of nostalgia.

Synthesizing history and fantasy for an evocative aesthetic that sits at the most sumptuous and opulent end of Gucci’s already decadent spectrum, the campaign is a dreamy ode to imagination and nostalgia.