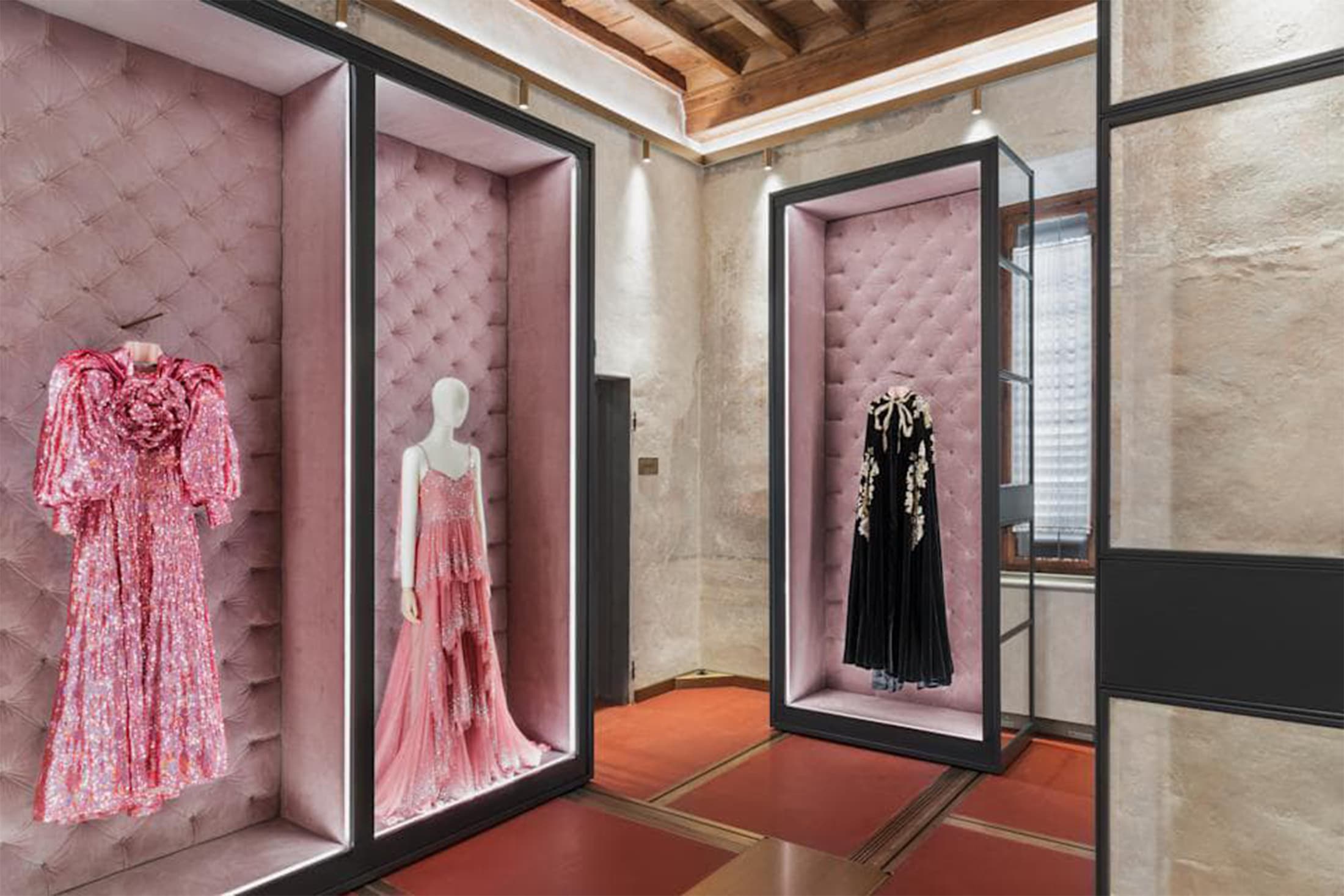 Gucci Opens The New Home For Its Archive Collection

Marking another major milestone of its 100th anniversary celebrations, Gucci opened the new home of its archive collections on July 1st.

The archive is housed at Palazzo Settimanni, a historic 15th-century villa which was created by Florentine aristocrats in the Santo Spirito neighborhood, where artists and artisans had their workshops along the banks of the Arno. It has gone through many changes and changes of ownership over the centuries, with different owners completely changing its interior character through renovations and additions.

Gucci acquired the building in 1953, using it variously through the decades to house its first Florentine factory, workshops, and a showroom. Under Alessandro Michele’s creative direction, the palazzo has recently been restored to its historic glory – though not without some visionary contemporary additions – creating a dialogue between past and present.

My task was to bring many objects back home, virtually helping them return to the family. To a place which ostensibly preserves the past but which is actually a bridge to the contemporary. An ancient building is a living thing. Like fashion.

Across the five floors, including the basement, all the structures accumulated in recent times have been stripped away to reveal vestiges of 19th century decorations, 18th century trompe l’oeil, late 17th century frescoes and even earlier ornamentation; all these elements have been deliberately left intact or restored to their original splendour without being moved or altered. The only significant alteration has been the removal of the canopy in the entrance hall, added in the 1990s, to let in more light and restore the central portico to its original proportions. Throughout the restoration process, Gucci maintained strong links to its home and cultural heritage of creativity, entrusting the entire process to local specialists and craftspeople.

The collections are divided up and organized by theme, from housewares or stationery to handbags and dresses. Each section allows the visitor to experience how Gucci has transformed through time, maintaining its signature character while always changing to meet the moment.

Palazzo Settimanni, now free of earlier additions, is transformed into a magical place to which I have restored a sense of porousness: you pass through it, air gets in, you can walk through it as if it were a journey. I’m porous, absorbent, permeable. I have restored to the Palazzo a fairy-tale aura which, for instance, allows the small entrance hall to become a gateway to a dream dimension. I envisaged it as a sort of secret place within the House, an inner sanctum from where one sets out for Gucci’s holy land.