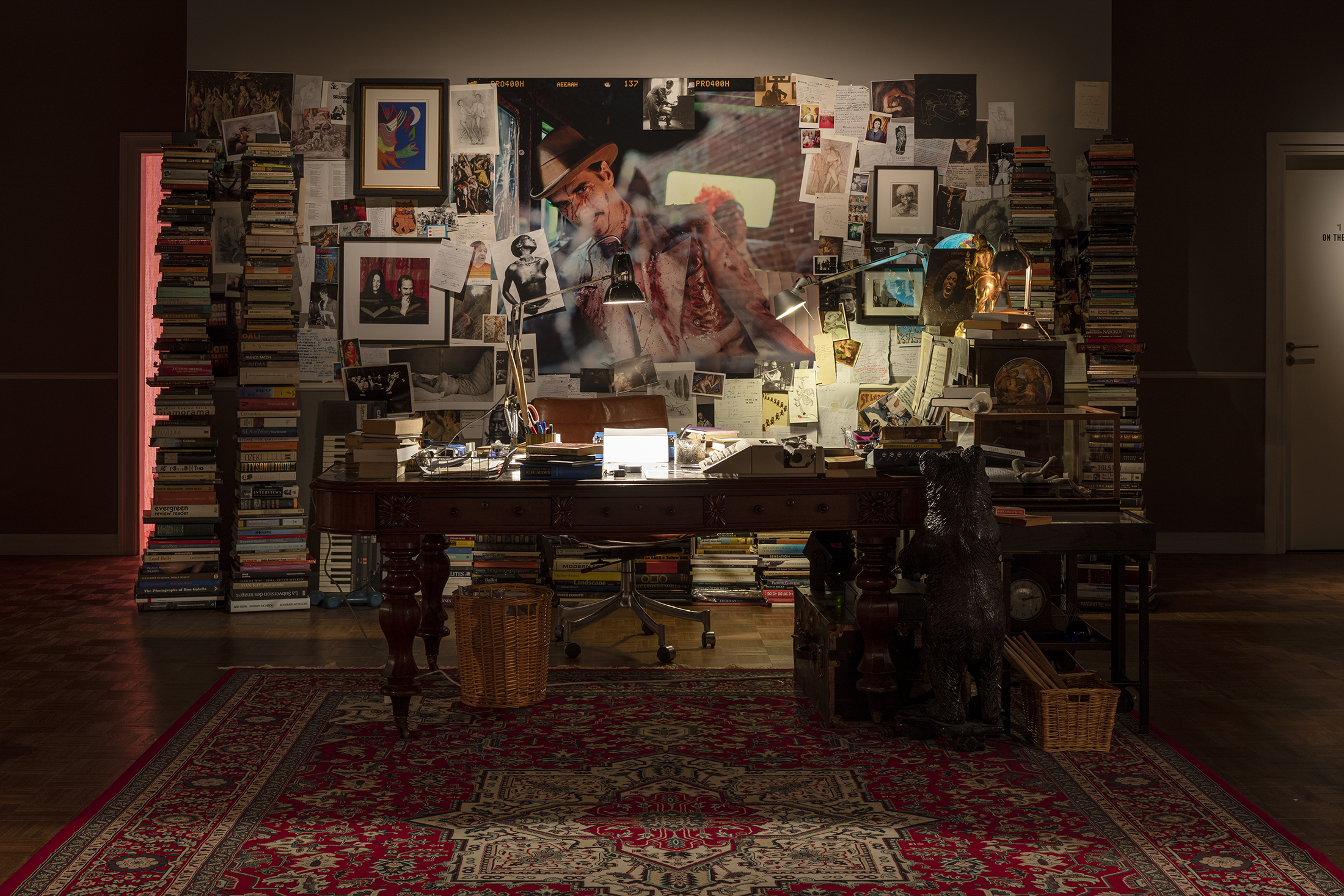 Gucci sponsors a special exhibition in celebration of the life and work of Nick Cave.

‘Stranger Than Kindness: The Nick Cave Exhibition’ is an unprecedented look into the creative world of musician, storyteller, and cultural icon Nick Cave. With more than 300 objects collected or created by Nick Cave through six decades of his creative and private life brought together in large-scale installations, the exhibition is an artwork in itself. Created for The Black Diamond of The Royal Danish Library in Copenhagen, and with Cave as a co-curator and co-designer, the exhibition is an unorthodox fusion of biography, autobiography, and fiction, asking what shapes our lives and makes us who we are.

Nick Cave’s body of work encompasses a wide range of media and modes of expression, with narrative forms at the heart. The exhibition invites visitors to follow Cave’s development as an artist – and to gain insight into the overarching themes of his work, his working methods and the many sources of inspiration underpinning it all. Behind each work is an equally fascinating artistic process not originally intended for public view; the exhibition opens up the innermost parts of Cave’s creative universe and offers a story of its own. It reveals how Nick Cave’s life, music, archives, and fictions continue to intertwine, inform and inspire each other.

When the Royal Danish Library contacted me with the idea of a “Nick Cave Exhibition” I was reluctant to get involved. I am not nostalgic by nature and I had no time for a trip down Memory Lane. But the team at the library were clearly serious people with a wonderful infectious energy and they drew me in! We created an exhibition that feels unprecedented in its audacious reach, its feet rooted in the past while extending into the uncertain future. In the end we were able to put together an exhibition of extraordinary detail that commented on the fragile and vulnerable nature of identity. I am so proud to be a part of this unique and unorthodox exhibition – a shattered history we called Stranger Than Kindness.

Given their penchant for artistic collaboration and stylistic obsession with the vintage and obscure, the support from Gucci makes a lot of sense. Nick Cave seems to be exactly the kind of artist in whom creative director Alessandro Michele tends to find a kindred spirit. The exhibition is informed by an exploration of the relationship between designed object and constructed narrative, an idea which strongly echoes Gucci’s approach to its own brand. It is a generous way for Gucci to support the artistic scene that it loves, while smartly giving its name an even wider reach.