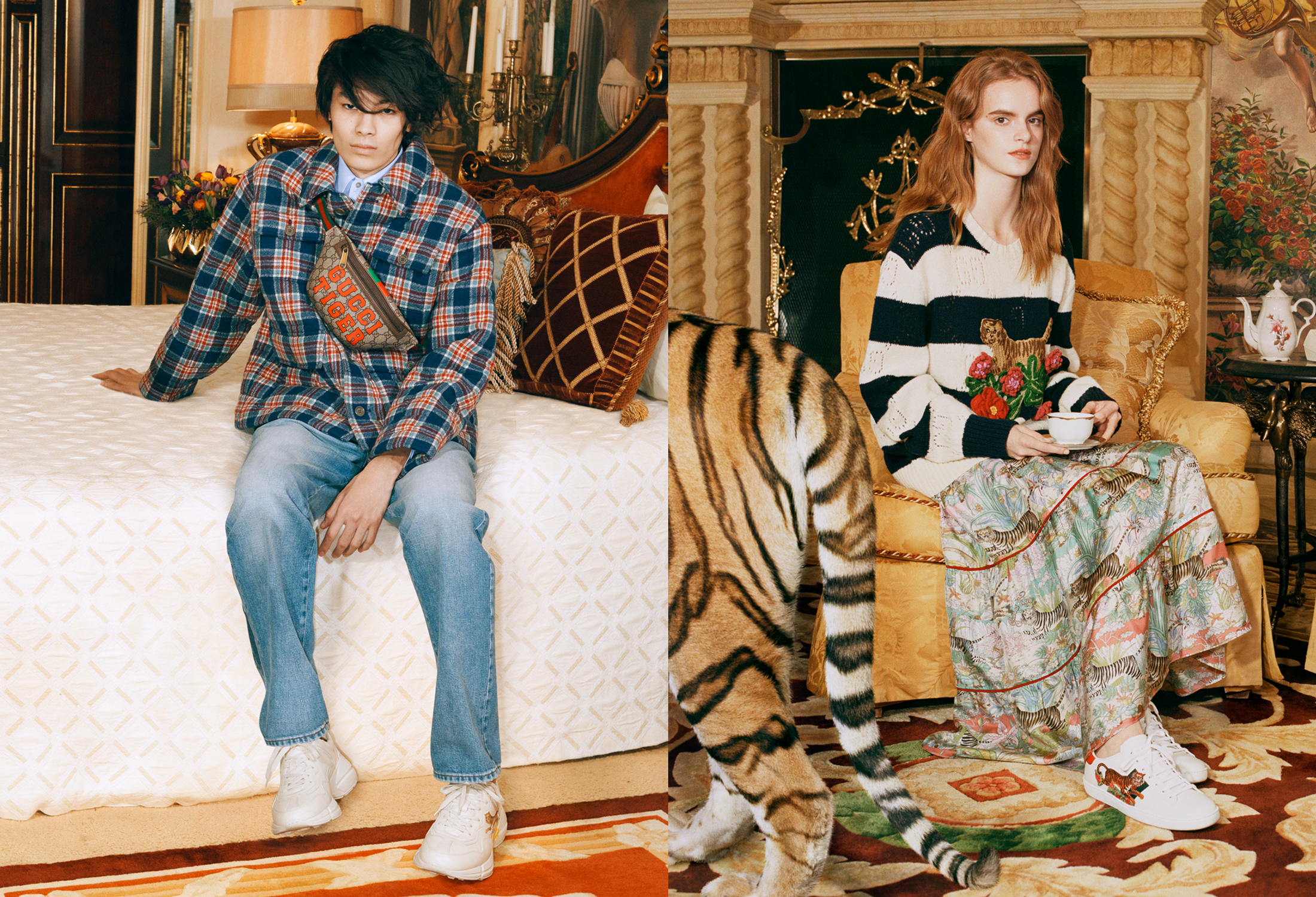 'The Year of The Tiger' Ad Campaign

Gucci welcomes the new year with a roar in its “The Year of the Tiger” campaign by photographer and director Angelo Pannetta.

The year of the tiger officially kicks off as Lunar New Year celebrations begin on February 1st. The tiger is probably the member of the zodiac closest to the heart of fashion – tiger print is, of course, about as bold as it gets, while its restrained power and feline poise has inspired many a star of the catwalk.

Though there’s no tiger print in Gucci’s new collection, the big cat appears in refined prints – featuring a reinterpretation of a late 1960s archival design by Vittorio Accornero, the artist and illustrator who created the house’s signature Flora design – across a number of accessories and ready-to-wear pieces. As Gucci’s last two Lunar New Year campaigns featured collaborations with cartoon stars Mickey Mouse and Doraemon, it’s nice to see the house look back into their own archives this time around.

The collection is celebrated in typical Gucci style with a campaign that centers on a cast of eccentric friends who have gathered in a retro and sophisticated hotel lounge to share high tea. As if he is simply another welcome member of the group, a tiger prowls and lounges alongside the humans, reveling in the cozy and decadent atmosphere. Gucci is always on point with soundtrack choices, and Doris Day’s “Tea for Two” perfectly illuminates the atmosphere of quiet, nostalgia-inflected joy.

Big cats have graced many a hip-hop video and fashion shoot, and though this campaign doesn’t do too much to introduce new ideas into the approach, it executes the aesthetic flawlessly. We can think of no better time than the beginning of the year of the tiger for Gucci to put its signature spin on the classic image.