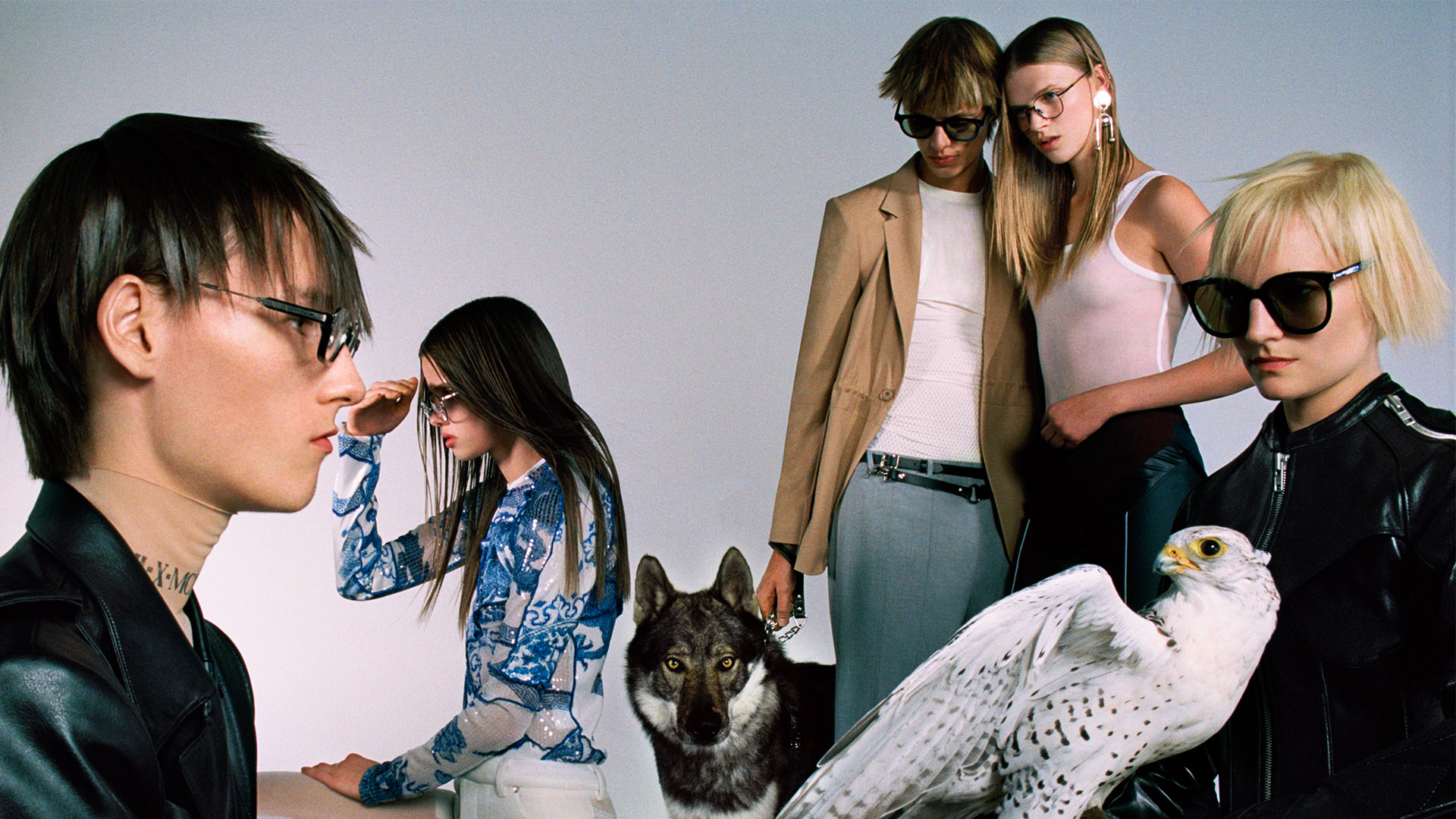 Gentle Monster, in collaboration with Photographer Hugo Comte, has released a new ad campaign featuring sunglasses from ‘the New Flatba’ series and titanium glasses from the ‘2020 T-Optical Series’. The hair, makeup, and overall styling looks modern, edgy, and elevated as compared to a typical optical ad, and a closer look reveals the campaign’s approach is definitely more style than substance.

The ad campaign is entitled ‘FEARLESS; Facing the unknown’, which provides context for the presence of a wolf and a falcon. Based on this title, the young people are presumed to be “FEARLESS” even though they are “Facing the unknown” future…which is not only unknown for themselves, but for all animals and biodiversity on the planet. A corresponding marketing video shows a young woman’s hair blowing in slow motion to the sound of thunder, which at first glance is a pleasingly abstract tie-in. Though the campaign works on a surface level, if one thinks a little deeper it starts to seem rather ominous and disconcerting. Should the young generation be fearless…or does it make more sense to be somewhat afraid for the future, with greenhouse gases filling the atmosphere and many ecosystems collapsing? Is the sound of thunder in the film a foreboding premonition of difficult times to come?

Furthermore, despite ubiquitous current dialogues about inclusion and diversity that are consistently reflected in many luxury brand marketing campaigns, it seems noteworthy that this Korean-based brand’s ad campaign does not seem very diverse at all….a choice that seems rather myopic and the opposite of forward-thinking. Subsequently, the more one thinks about the ad campaign, the less it feels like a reflection of the fearless future.