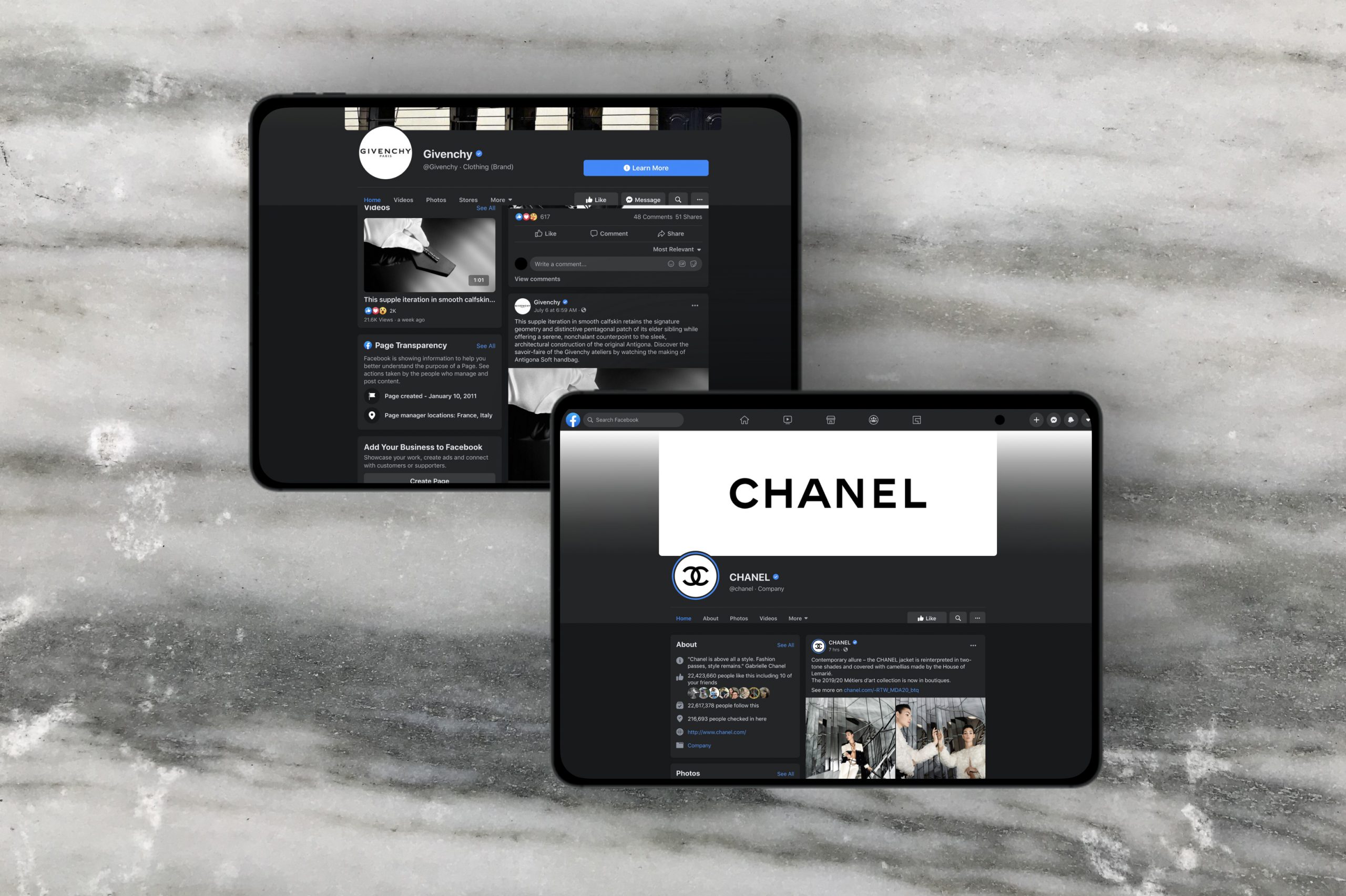 As if 2020 hadn’t thrown up enough challenges to the fashion industry already, the current advertiser boycott of Facebook raises a dilemma for fashion marketers

To date, over 900 brands have joined the boycott, organized by Stop Hate for Profit (an amalgam of civil rights groups), in protest against the social media platform’s refusal to tackle hate speech.

Joining such giants as Coca-Cola, Ford, Sony, and Diageo are fashion brands including Adidas, Levi Strauss, Patagonia, The North Face, Vans, and Puma. The coordination of such heavyweights has been impressive. But these brands are all big enough to take the hit (as is Facebook, of course). The trouble is, smaller companies are not in such a privileged position – particularly given the fact they are faced with an almost impossibly bleak financial environment already, thanks to Covid-19.

Meanwhile, Facebook knows that, while marketers protest that they can’t live with it, in reality, they can’t live without it either. Even the heavy hitters have only pledged to pull their ads until the end of July – but that’s long enough to be ruinous for independent companies who are relying on online sales, having suffered upwards of 100 days of physical retail spaces being in lockdown.

While many might understand that the business case for advertising on Facebook is a compelling one for many brands, the moral case is a very different matter. And, especially in the current climate, customers are increasingly looking for ethical leadership from the people they give their money to. This is exactly where Facebook has fallen foul of the new transactional landscape.

Pleading freedom of speech doesn’t cut it when such a stance leaves you supporting hate speech by default (or at best allowing it to go unchallenged). And, while Twitter and other social media platforms have applied fact-check warnings, bans and challenges to unsubstantiated and prejudiced posts – from POTUS down – Facebook’s response has been deafening in its silence.

And, since Facebook also owns Instagram, the issue – and the moral dilemma – is exacerbated. With its emphasis on smart, simple, clever visual communication and incorporation of moving images through Stories, Instagram has become the go-to platform for the fashion industry. And, while brands might survive without one or the other, to pull your campaign from both platforms at the same time could be fatal. But, to be morally consistent, you can’t cancel the one without the other.

To be fair to Facebook, they did commission a two-year-long audit by the Media Rating Council, which has just released its findings. While the conclusions were damning – focusing on the period since June 2019, it accuses Facebook of making decisions that have amounted to ‘serious setbacks for civil rights’ – it does offer some praise (heavily couched and caveated) for attempts to tackle discrimination in certain areas, including employment and housing. However, it also accuses CEO Mark Zuckerberg of elevating ‘a selective view of free expression as Facebook’s most cherished value’ adding that ‘the prioritization of free expression over all other values, such as equality and non-discrimination, is deeply troubling to the auditors.’

It goes on to detail ‘grave concerns’ over the combination of Facebook’s decision to ‘exempt politicians from fact-checking’ and ‘the precedents set by its recent decisions on President Trump’s posts’ – which, it claims, ‘leaves the door open for the platform to be used by other politicians to interfere with voting’.

While the audit has been ostensibly welcomed by Facebook, with Chief Operating Officer Sheryl Sandberg announcing a number of new initiatives, including banning ‘divisive and… fearmongering’ adverts and hiring a civil rights advisor, there have also been ominous noises that not every recommendation from the audit will be adopted. Many customers and brands remain cautious about Facebook’s apparent mea culpa moment, citing a seemingly arrogant response from Zuckerberg that implies this is a token gesture of protest – and that things will return to relative normality come August.

So – for those who remain uncomfortable about engaging with Facebook and Instagram, what’s the solution? There are alternative channels, of course: and many are beginning to gain traction regardless of the distractions at Facebook. Traditional platform rivals such as Google, YouTube, Hulu, and Pinterest are seeing increased competition from relatively new players including the Chinese-owned TikTok and Weibo. (It’s worth noting here that strained relationships between the West and China have led to suggestions that TikTok could face bans – as seen with the controversies surrounding the communications firm Huawei).

The solution could be closer to home. Several brands reiterate how cost-effective their owned channels are. SMS and E-marketing to your customer database; growing your opted-in audience in order to target them with blog and newsletter messaging – all of these help to build a sense of community and customer loyalty. As ever, the answer is often to look back to the old norms.

Perhaps the social media crisis of 2020 can be used as a reset moment: rather than relying on third parties, how about building an audience who buy into your own brand values, rewarding them for engagement and encouraging them to contribute their own content.

Sound familiar? Who knows – if it worked for you in the past, it might work for you again… and the only moral dilemmas will be the ones you create yourself.