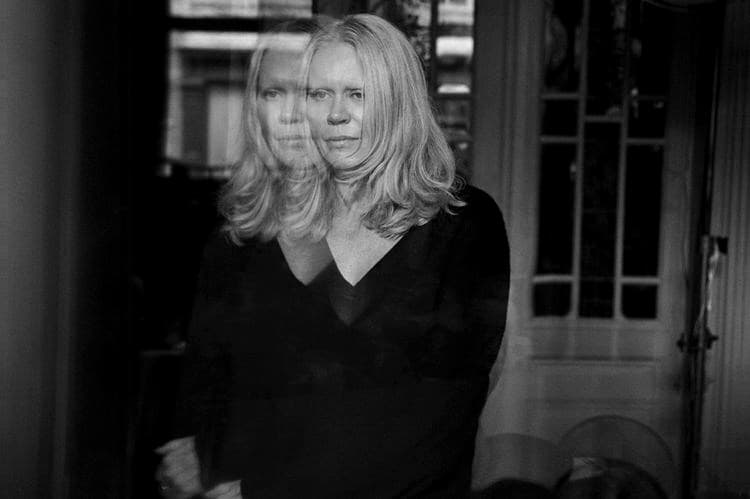 If there is one thing Belgian make-up artist Inge Grognard has kept doing throughout her impressive career -which started in the mid-80s- it’s to challenge the status quo, defy beauty conventions and never rest on her laurels.

Going against standard ideas of make-up and crafting a language of her own have made her body of work truly inspiring and directional, two qualities designers seem to love about her. Martin Margiela, Walter Van Beirendonck, Dries Van Noten and Demna Gvasalia are some of the mavericks who have worked with Grognard, and it’s no wonder she attracts fearless and independent minds.

Despite keeping a low profile and rarely talking to the press, she’s surprisingly open in conversation and not as guarded as you may think. The Impression’s Philippe Pourhashemi caught up with the talented Belgian to discuss her unusual path and creative process, getting close to the designers she collaborates with and what she really thinks about beauty influencers.

Philippe Pourhashemi: How did you start your career as a make-up artist?

Inge Grognard: It all began with the Antwerp Six. As a teenager, I was already into clothes and had a strong sense of style. I didn’t want other people to choose what I would wear. My mother said I always picked the most expensive clothes in stores, but that’s not entirely true…

Philippe Pourhashemi: Were you the only one in your family with an interest in beauty and aesthetics?

Inge Grognard: Absolutely. I met Martin Margiela through a good friend of mine while I was still a teenage girl and we were all busy with clothes and looking for special things. When I was 15 or 16, we would go to the flea markets in Paris together and spend all our money on secondhand clothes. I knew at that point that I wanted to do something creative, but my parents were pushing me to go to university, so I finished high school at the age of 18 and started looking into makeup.

Philippe Pourhashemi: Were there schools in Belgium at the time?

Inge Grognard: Not at all, and there still aren’t any today. So I studied in Antwerp for 3 years to become a beautician, which was mostly about the body, but a small part focused on the face and make-up. At the same time, Martin got accepted to study fashion at the Royal Academy of Fine Arts in Antwerp, and I met Walter Van Beirendonck who was also a student there.

Philippe Pourhashemi: Was Margiela your first show as a make-up artist then?

Inge Grognard: No, my first show was with the Antwerp Six when they went to London to present their work. I started doing editorials and catalogs in Belgium during that period. I got to collaborate with Dirk Bikkembergs. The thing with Martin is that we spent so much time together and were really good friends, so it was obvious I’d end up working with him.

Philippe Pourhashemi: What you did for Margiela when he first showed in Paris was quite radical.

Inge Grognard: I guess that Belgian designers were focused on doing something that had never been done before and breaking the mold. We had access to magazines like i-D or The Face, so we knew what was going on. London was exciting for us, as well as designers like Gaultier, Montana or Mugler, but we didn’t want to do the same as them. We were more influenced by the Japanese designers and their extreme shows, such as Yohji Yamamoto or Rei Kawakubo.

Philippe Pourhashemi: Was your make-up for Martin like a blend between Japanese and punk?

Inge Grognard: I mean I was not a punkette, but the eyes were really black and I was also looking for ways to do lips differently. Those big smoky eyes were definitely a statement, but the way Martin presented his shows was provocative, too.

Philippe Pourhashemi: Your work for Margiela was not about beauty, but defiance and challenging conventions. Would you say you were the first to push into this direction and make that look mainstream eventually?

Inge Grognard: After all these years, I can maybe say yes. The last thing I want is to sound pretentious, but looking back at all the radical things I did with him and observing what’s going on within beauty today, I realized the work clearly had an influence.

Philippe Pourhashemi: Would you say that definitions of beauty have changed since you started?

Inge Grognard: Yes, they have. If I think of a beauty campaign for a brand today, I want to see real skin, actual pores, and no retouching. I want to see imperfection. Recently, Sephora did that in their advertising, and so did Gucci.

Philippe Pourhashemi: You have done countless shows, editorials and campaigns. What gets your creative juices flowing?

Inge Grognard: I must admit I love the adrenaline rush that comes with that fashion show moment, and I have been missing it lately. There’s an emotion at play you cannot replicate, and it also happens with the entire team around. It actually brings me to tears and I need to feel the music in my guts, the whole thing transports me, even when I’m drained.

Philippe Pourhashemi: Which photographer struck you the most?

Inge Grognard: I have worked with many amazing people, but one I really wanted to work with in the 90s was Nick Knight. It wasn’t easy, but I got there eventually and we worked together a few times. Still, I’m very aware that photographers like working with the same make-up artists over the years, and I don’t want to interfere with that in any way. It’s a lovely thing when people have worked together for so long and don’t even need to talk to understand what the other person wants. I obviously have this with Ronald Stoops who is a photographer and has been my partner for years.

Philippe Pourhashemi: Would you say that Ronald Stoops is your soulmate?

Inge Grognard: He totally is. Not just on a creative level, but also in our taste for certain artists, filmmakers or musicians. I mean we argue sometimes, but in the end I’m always pleased with the final result.

Philippe Pourhashemi: What is your relationship with Demna Gvasalia?

Inge Grognard: Demna is a very talented and sensitive person. When you find out about his past and what happened to his family while he was growing up, it makes his story even more touching. He’s also been very loyal and compassionate, which is rare in this field. My relationship to the designer is what is the most important. If a designer leaves a brand to do something else, I cannot really work for that brand anymore. It’s about trust in the end.

Philippe Pourhashemi: What’s your take on beauty influencers and their rise to stardom?

Inge Grognard: (laughter) I hate it, to be honest. It started with the bloggers, then the influencers and I just cannot be bothered with them. Most of those people have pretty faces, but their make-up is dull and generic, so I still don’t understand how they get millions of followers obsessed with them. What do they do in life? I don’t try anything to get more followers myself, because that’s not what it’s about for me.

Inge Grognard: Exactly. I don’t want to feel pressured by social media at all.

Philippe Pourhashemi: Can you tell me more about your process and sources of inspiration?

Inge Grognard: I trust my instincts and what sort of emotion I’m in. I do binge-watch series, not because I find them particularly inspiring, but because they clear my head in a way. Sometimes I need to think a long time before an idea becomes precise and I do process by elimination. I also have a large library at home.

Inge Grognard: Of course I use search engines online, but there are so many things you cannot find on Google! I always tell my assistants they should invest in books and not just focus on the Internet. I still believe in paper.

Philippe Pourhashemi: How long have you been doing this for?

Inge Grognard: 35 years! (more laughter) When it feels good, I just go for it and take a chance. I’m also a fast worker, which is handy nowadays as you don’t really have that much time to develop ideas. I usually come with one or two proposals and that’s it.

Philippe Pourhashemi: What are the qualities a great make-up artist should have?

Inge Grognard: You must be able to connect with people, understand their needs and lift their moods if you can. At the end of the day, we’re the ones who get to work with the models first, and we prepare them to feel their best in front of the camera or a live audience.