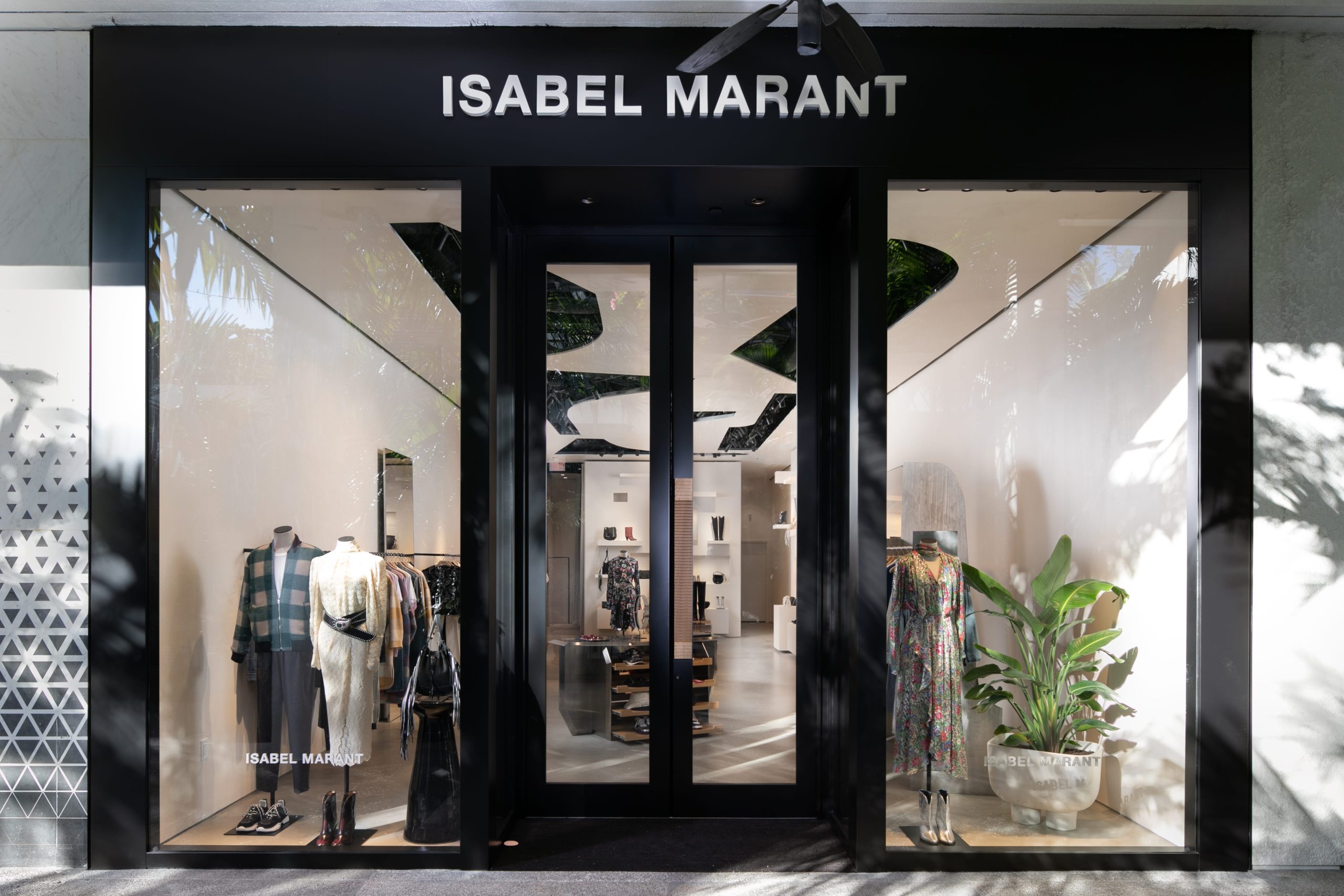 Isabel Marant launches a new retail store in Miami. Located at Bal Harbour Shops on 9700 Collins Ave, the 150-square-meter space offers a unique design aesthetic that inspiration from the 1970s. Bal Harbour is the second Isabel Marant boutique in Miami after the Design District.

Mirroring the artful sophistication and pioneering spirit that defines the French designer’s aesthetic, this concept has been developed by Marant’s studio in close interaction with a group of local talented young designers and artisans. The space combines its 70’s inspiration with an eclectically modern sense of style, pairing ceramic podiums with a Berber sofa, and bringing a tailored approach to the ceiling itself.

The designer, who opened her first boutique in Paris in the late nineties, will now have 64 stores open across the globe. The new Miami location will house the main line, a selection of the more casual and affordable Isabel Marant Etoile collection, and her line of handbags and shoes, as well as the men’s collection.