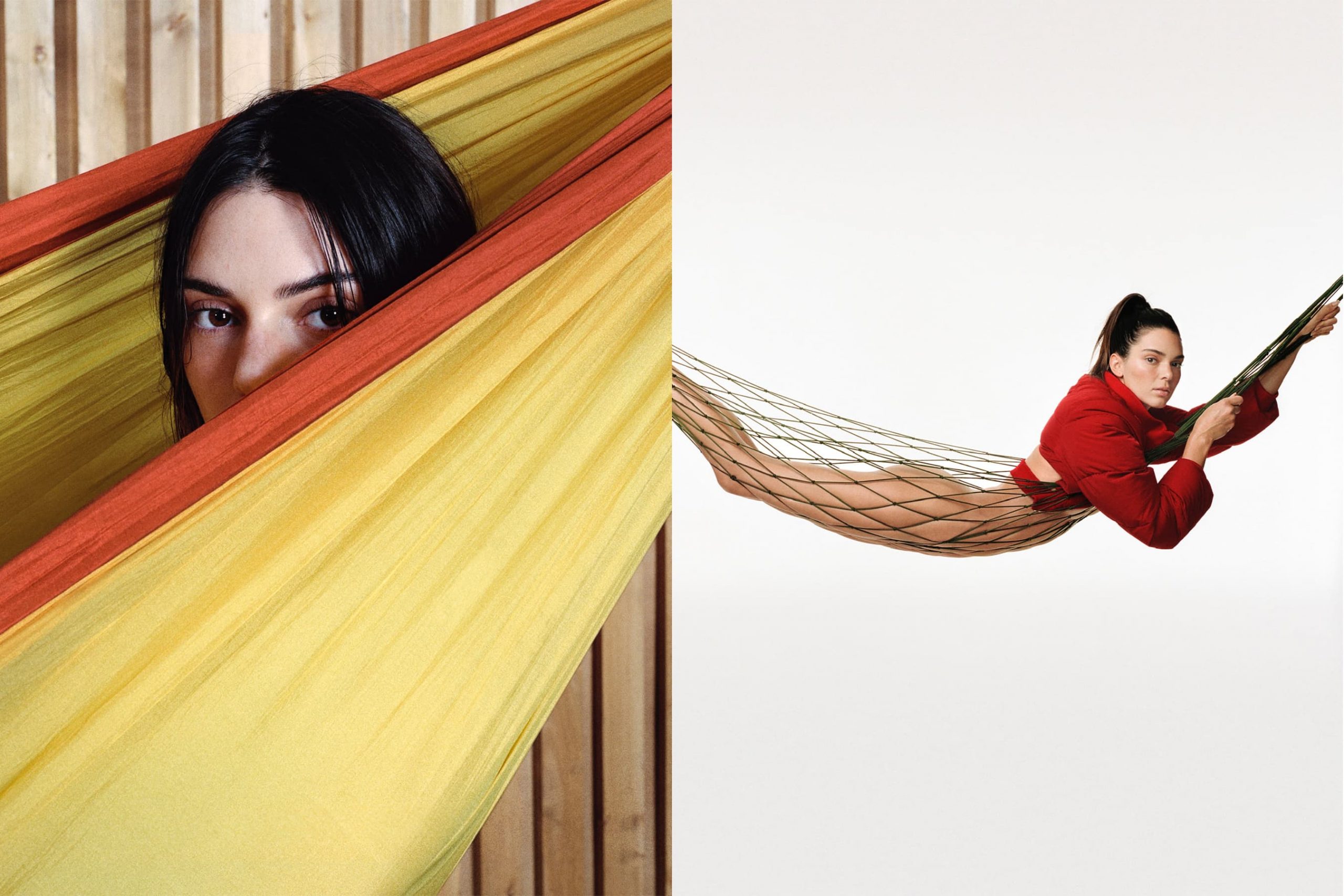 Kendall Jenner works up a sweat (or does she?) in a new campaign for Jacquemus. The Fall 2021 campaign features art direction by Josephine Bungener and photography by Drew Vickers.

Riffing on the collection’s motif of deconstructed sportswear, the campaign sees Kendall get physical as she undertakes a range of staged sporty activities. Maintaining her signature mood of cool aloofness, she rappels down a wall, sets up camp with a hammock, goes for a run. Yet the imagery doesn’t try to convince us that these things are actually happening; it wants us to know that this is all in a studio, that it is staged. The campaign thus takes on a tongue-in-cheek tone of irony and abstraction. At once confrontational and playful, the self-awareness feels fitting: as the collection’s pieces are both strange and beautiful in their self-aware deconstruction, so is the campaign both ironic and sincere in its look at the physical form and how it expresses itself.

Rather than feel objectifying or overly sexualized, the imagery’s occasional partial nudity feels like an interesting conceptual choice that ties into the design ideas behind the collection. Jacquemus is playing with partiality, the familiar, and hiddenness; by deconstructing sportswear staples and taking their body coverage to its minimalist extremes, he creates dialogues between seen and unseen, wearer and viewer. That Kendall Jenner is a very familiar face pushes the meta-status of the campaign even further.

Mysterious in its questioning of experience and reality and striking in its bold, minimalist visuals, the campaign looks us frankly in the face but leaves us to answer its questions on our own.