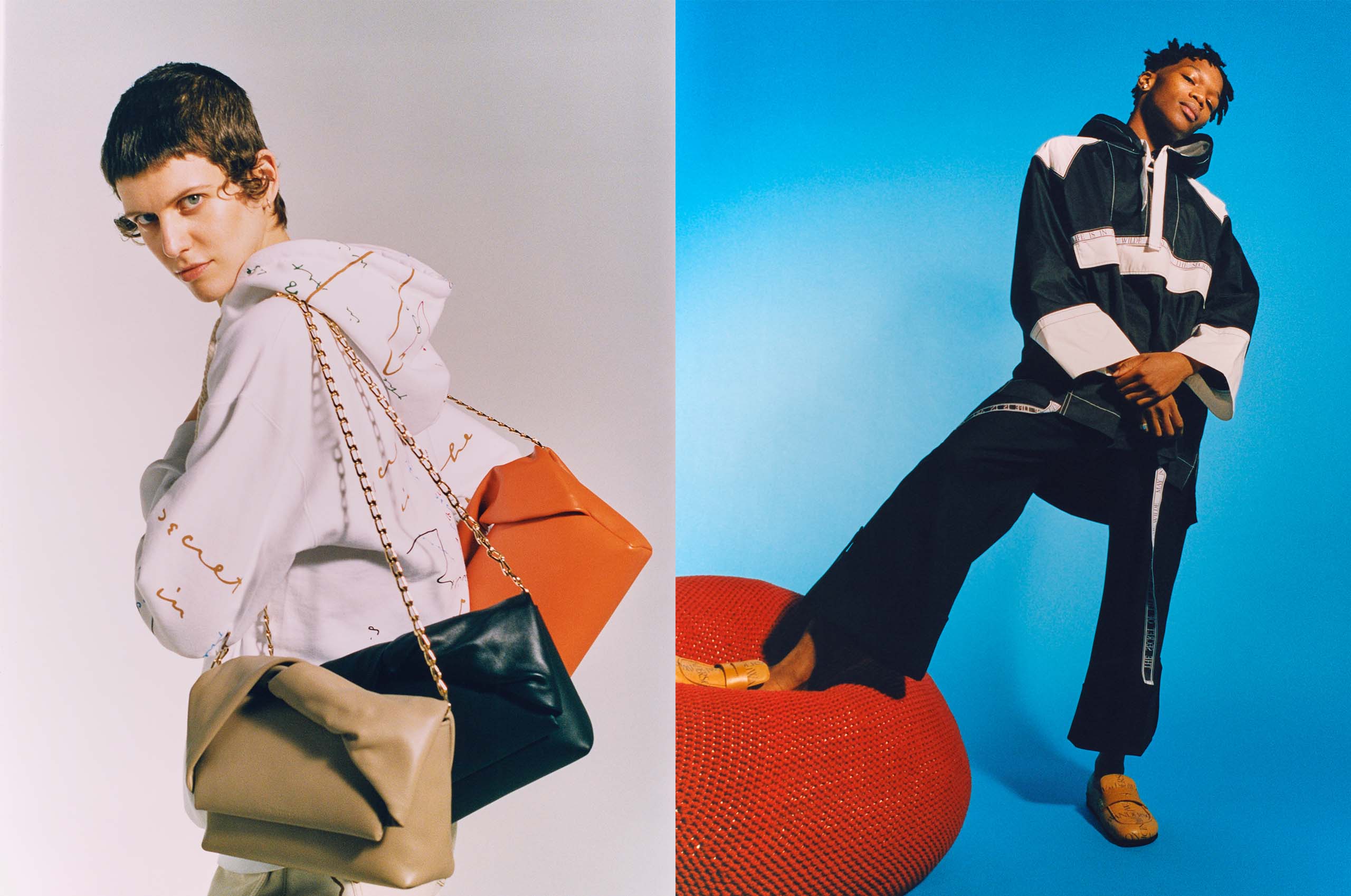 Following the success of the brand’s Oscar Wilde-inspired collection first launched with the Spring 2021 collection, JW Anderson has launched a new edition of the capsule.

As with the debut collection, the latest revolves around the motto the secret of life is in art but with an expanded offering that includes ready-to-wear, bags, hats, jewellery and accessories in new colours and constructions. Pops of colour arrive in a long sleeve t-shirt, shopper tote and signature JW Anderson neckbands. The motto is repeated in a graffiti-inspired motif on hoodies, shirting, t-shirts, trousers, and an A-line skirt while the tape theme appears again but this season emblazoned on a parka, roll-neck top, asymmetric dress, bucket hats and more.

Jonathan Anderson, Founder and Creative Director of JW Anderson, has always admired Oscar Wilde not just for his literary talent but also for his audacity to be different. Wilde was Irish, gay and outspoken, a rebel that challenged the norms of his times. A Northern Irish gay man himself, Jonathan often refers to JW Anderson as a cultural agitator, a fashion brand to challenge the status quo. When Jonathan discovered a piece of paper at auction with Wilde’s signature and the words “The secret of life is in art” it was meant to be.

Through the Oscar Wilde capsule collections Jonathan wanted to create something beautiful that promoted that message that he finds so inspiring and adheres to Wilde’s vision of aestheticism: beautiful things can sometimes just be beautiful.