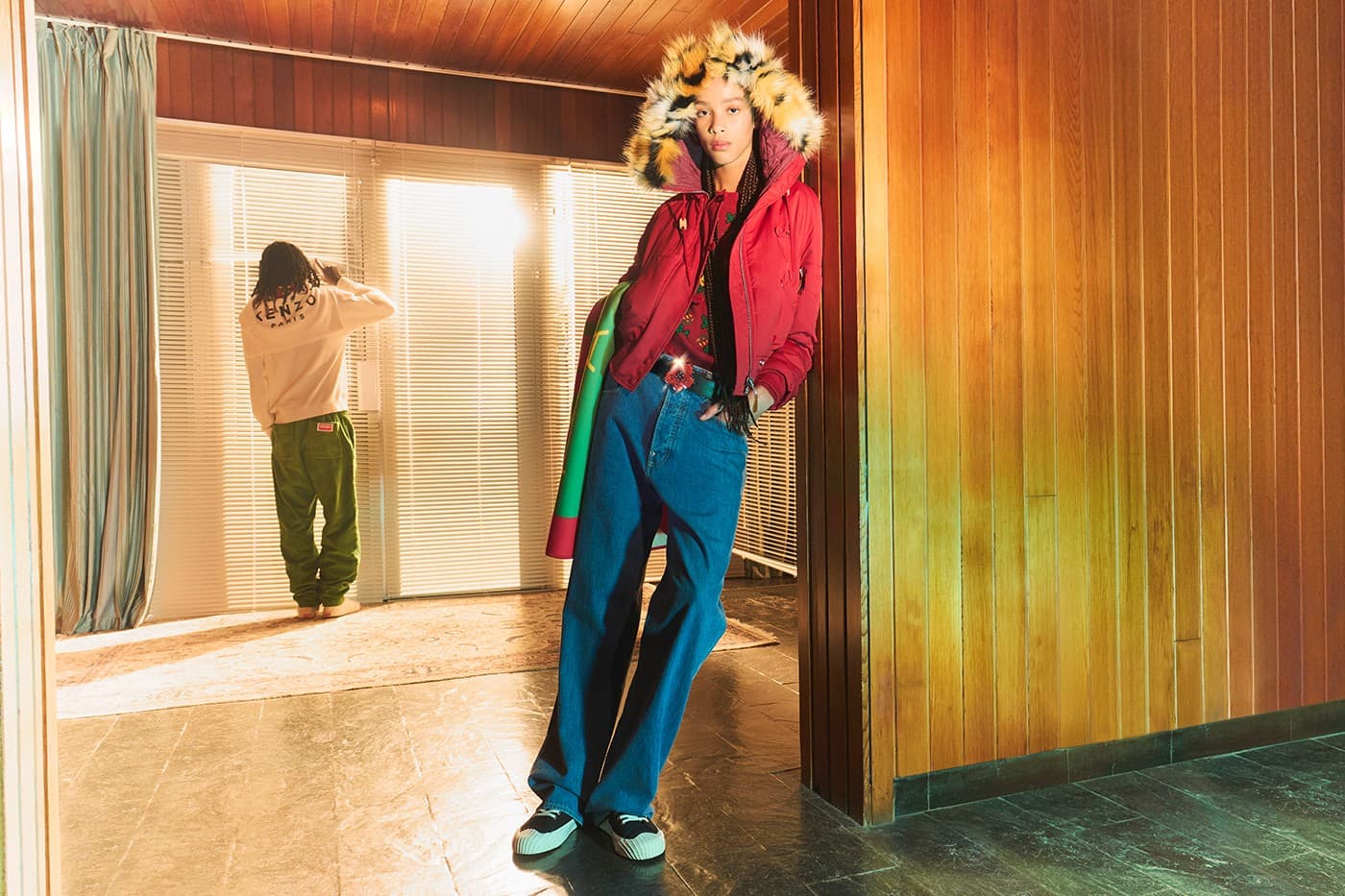 The night before Christmas never looked so good, as Creative Director Edouard Risselet and photographer Benjamin Lennox take us on a journey to Christmases past.

With a decidedly retro flare to the atmosphere created in Kenzo’s holiday campaign, Christmas is reimagined through an 80s-style family adventure lens, taking inspiration from movies by way of ET: The Extra Terrestrial and The Goonies, through to modern iterations such as Stranger Things.  Throwback fits update traditional Christmas categories from knitted jumpers, elongated scarves, and outerwear.

As a non-traditional campaign, and with Nigo now heading up Kenzo, this breakaway from the classic Christmas Ad actually feels right for the brand.  Speaking to how the cool neighbourhood kids want to dress for the season.  Centering the Boke Flower at its heart, a glow permeates throughout, managing to capture a soft-focus 1970s or otherworldly aesthetic. Aligning with his promise to release monthly drops, to better suit the way in which the industry operates today, this campaign says Christmas in a subtle way that will allow it to live on into the beginning of the new year, as it forgoes any classic holiday tropes or motifs.

Pulling on the heartstrings of nostalgia, but reimagining it for a new generation will chime with the universal idea of celebrating all things past, present, and future.