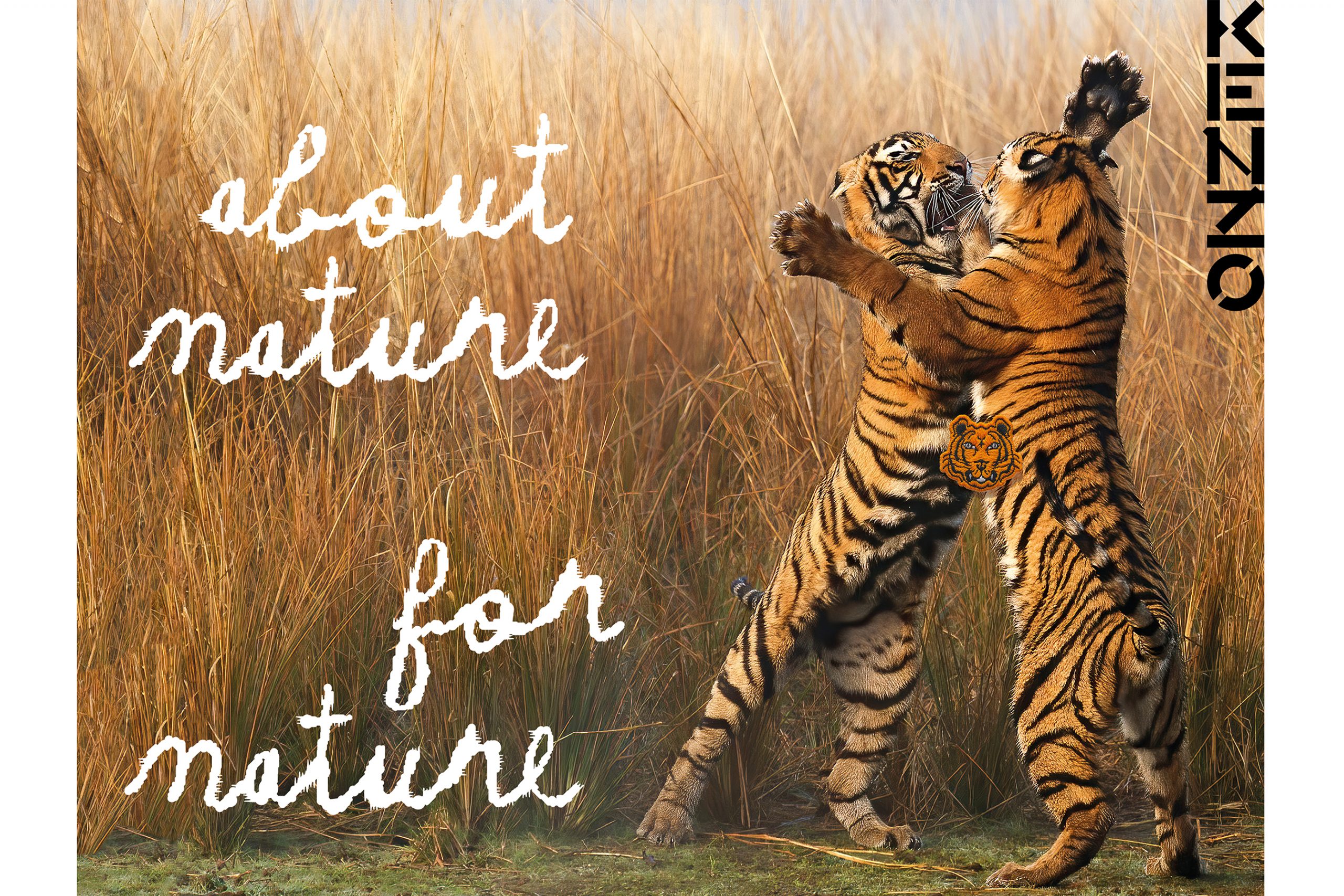 Kenzo has announced a partnership with the World Wildlife Fund’s (WWF) TX2 initiative, which aims to double the population of tigers in the wild by 2022. The partnership includes the launch of KENZO’s new “Tiger” capsule collection on September 28th. For every item sold, $10 will be donated.

The “Tiger” capsule collection is composed of essentials made from certified organic cotton; the tiger is Kenzo’s emblem and speaks to the brand’s philosophy: To be inspired by nature and to protect nature.

The tiger symbolizes the founding principles of Kenzo: powerful energy and nature as a major inspiration. Sadly, this fascinating feline is endangered. From perhaps 100,000 a century ago, their numbers declined to an estimated 3,200 wild tigers in 2010. Thanks to a global effort, they are slowly recovering with up to 3,900 tigers estimated to be living in the wild in 2016.

It is Kenzo’s wish to help preserve these unique animals, which are also a keystone species underpinning the health of ecosystems and the well-being of communities and wildlife in the areas they inhabit. For this reason, Kenzo is partnering with WWF to support their work to double the number of tigers in the wild by 2022, the next Year of the Tiger in the Chinese zodiac. This ambitious global goal known as TX2 is delivered in partnership with communities, governments, and conservation organizations.

The partnership will take place until the end of 2022, the timeline set by TX2 to double wild tigers from 2010 levels. This collaboration also forms part of a broader partnership between  Kenzo and WWF, which will work to improve the sustainability of Kenzo’s cotton supply chain and freshwater footprint. Through this action, Kenzo seeks to uphold its brand philosophy: to be inspired by nature and to protect nature.