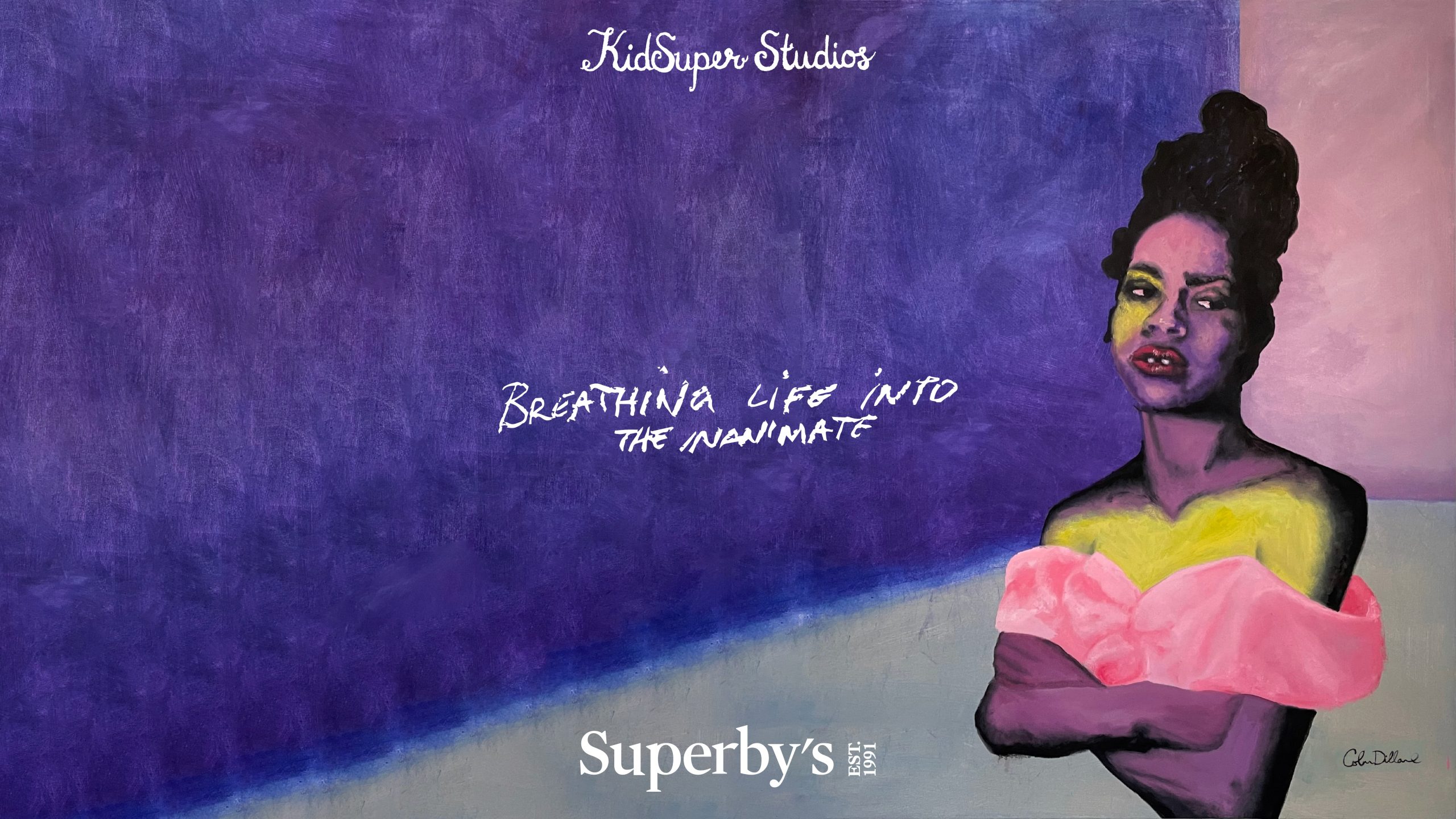 KidSuper Creative Director Colm Dillane staged his newest collection with a performance-art piece that merged fashion, art, and audience participation. Twenty-three of his oil paintings were shown alongside twenty-three looks; each look directly inspired by its counterpart.

Guests entering the room were given an auction paddle. Lydia Fenet, the lead Benefit Auctioneer at Christie’s Auction House, began auctioning the paintings while each look walked amongst the fashion crowd. “And if no one bids,” Colm says with a laugh, “she’ll berate the crowd”. “This is a real auction. I want you to have fun and participate. Free yourself from your pre-conceived ideas of what a fashion show should be. Use your paddle and bid!”

The bulk of the collection is menswear with some occasional womenswear dresses. “Sometimes the allover print calls for a dress – and there are only so many men’s suits I can do.” The accessory of the season is a bag with the look of a paint-by-number artist’s canvas.

Colm Dillane attempted to enter the Paris Fashion Week Official Calendar twice before being accepted, prompting him to hold two of his own shows off-calendar in 2019 and early 2020, then COVID-19 hit. While most struggled to adjust to the new reality of digital shows, KidSuper welcomed its endless possibilities. “The digital format democratized fashion shows. It was not so much about budget and production but more so about ideas and meaning”. With the first of its kind stop motion show for SS21, a collection of short films for FW21, a Docu-Series short film for SS22 and a TV Show Pilot for FW22, KidSuper anchored a front runner position.

“3 years later and here we are, ready for our first official show, it’s been quite the ride!”