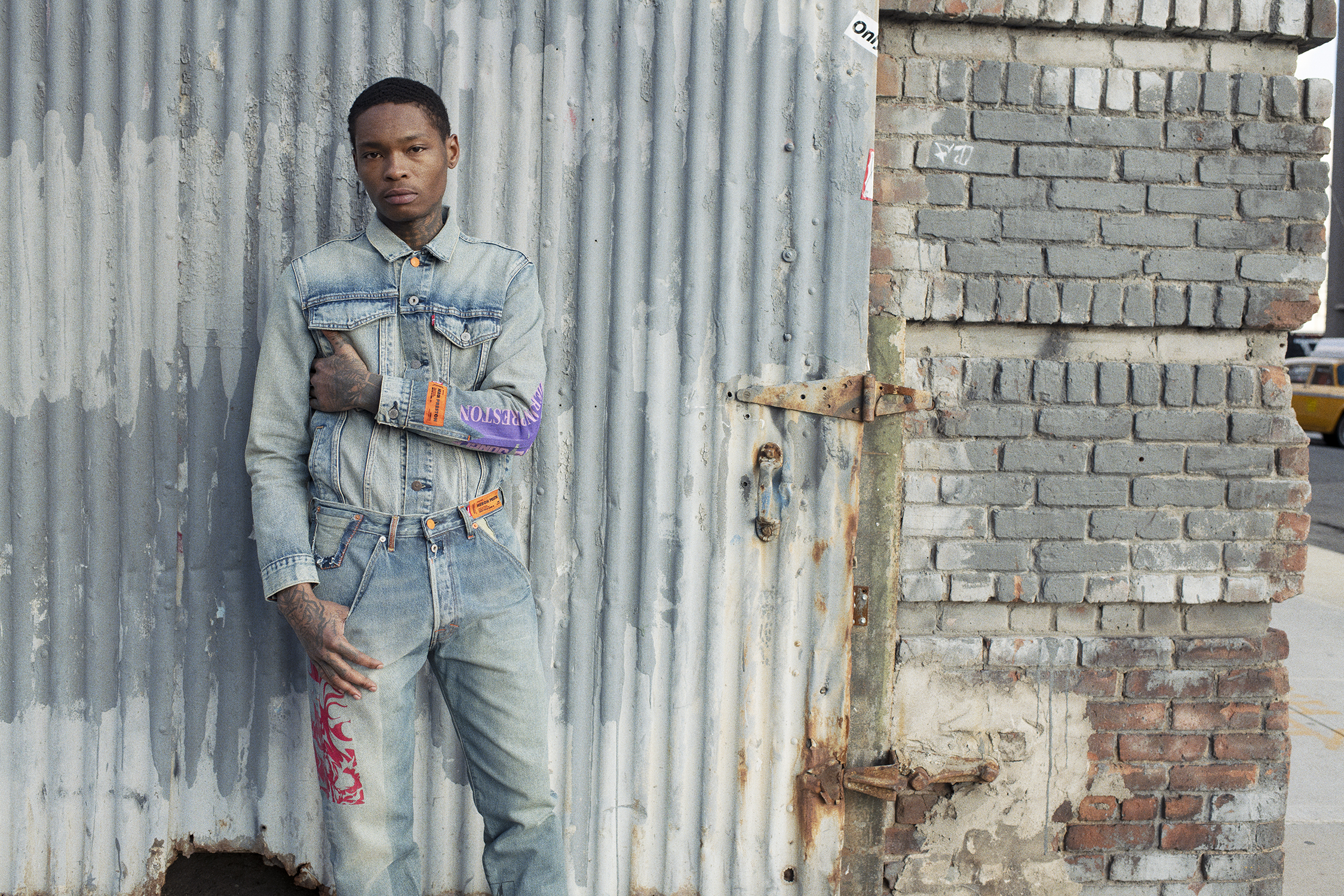 ‘Mistakes were made’ and thank goodness as embracing mistakes means celebrating what makes life interesting as designer Heron Preston has once again teamed with San-Francisco based Levi’s for a capsule entitled ‘Mistakes Are Ok.’

Preston learned the value of mistakes at an earlier age than most. At birth, in fact, thanks to a clerical error on his birth certificate. Though born in 1983, someone at the hospital accidentally entered 1873 on his birth certificate, and that mistake has shaped his entire approach to design. For Heron, it’s not just about accepting mistakes, it’s about celebrating them—a philosophy that’s at the heart of his new collection Levi’s®.

The collection is called “Mistakes Are Ok,” a title taken from one of Preston’s tattoos honoring the birth certificate mix-up. During Heron’s tour of the Levi’s archives, a Levi’s design lead noticed his “1873 MISTAKES ARE OK” tattoo and said, “You know that’s the year we patented the blue jean, right?” The collection features a lineup of four men’s and four women’s Levi’s Truckers (US $465) and Levi’s 501’s (US $395). Each piece in the collection is tweaked and distorted to create a range of intentional mistakes, or, as Heron likes to call them, “conscious aberrations”. The purpose is to show that, rather than making something bad, mistakes should be embraced for how they make things cool and interesting. Conscious aberrations of the collection include internal parts of pockets facing outward, asymmetrical pockets, an upside-down coin pocket, mismatched buttons and rivets, incorrectly cut back patches, raw seams, exposed linings and off-register resin prints. It’s a recreation of what a Levi’s Trucker and a 501 might look like if the manufacturing mistakes were left in.

Other elements include Heron’s signature orange tags along with Levi’s red tabs on the bottom of the Trucker and the waist of the 501, and screen-printed CTNMb graphics on three of the four colors—indigo, fuchsia, and yarn-dyed black. A fourth indigo Trucker and 501 jean is free and clear of any graphic elements. There’s also a resin coating on some jeans and truckers to create a subtle, off-kilter shadowing effect